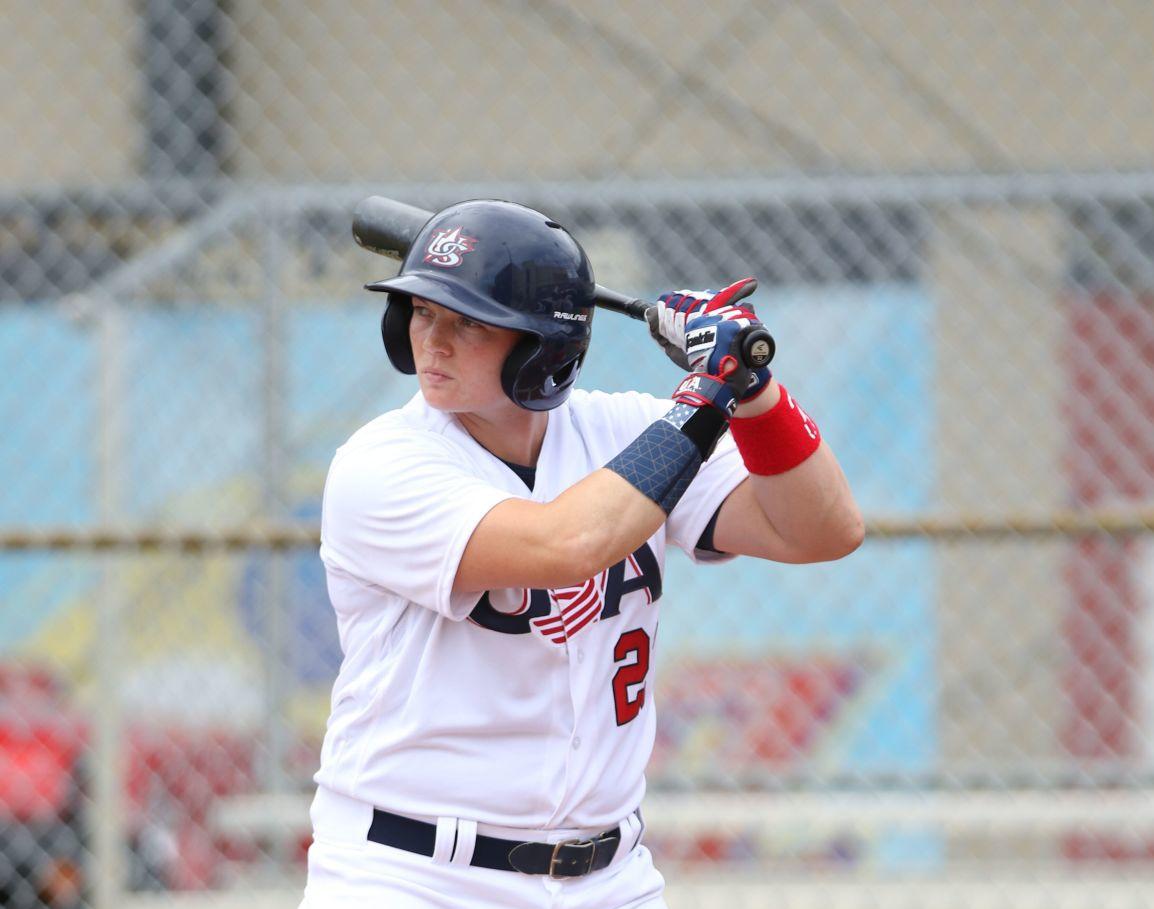 Megan Baltzell will try to regain her roster spot on Team USA at a camp this week in Texas. 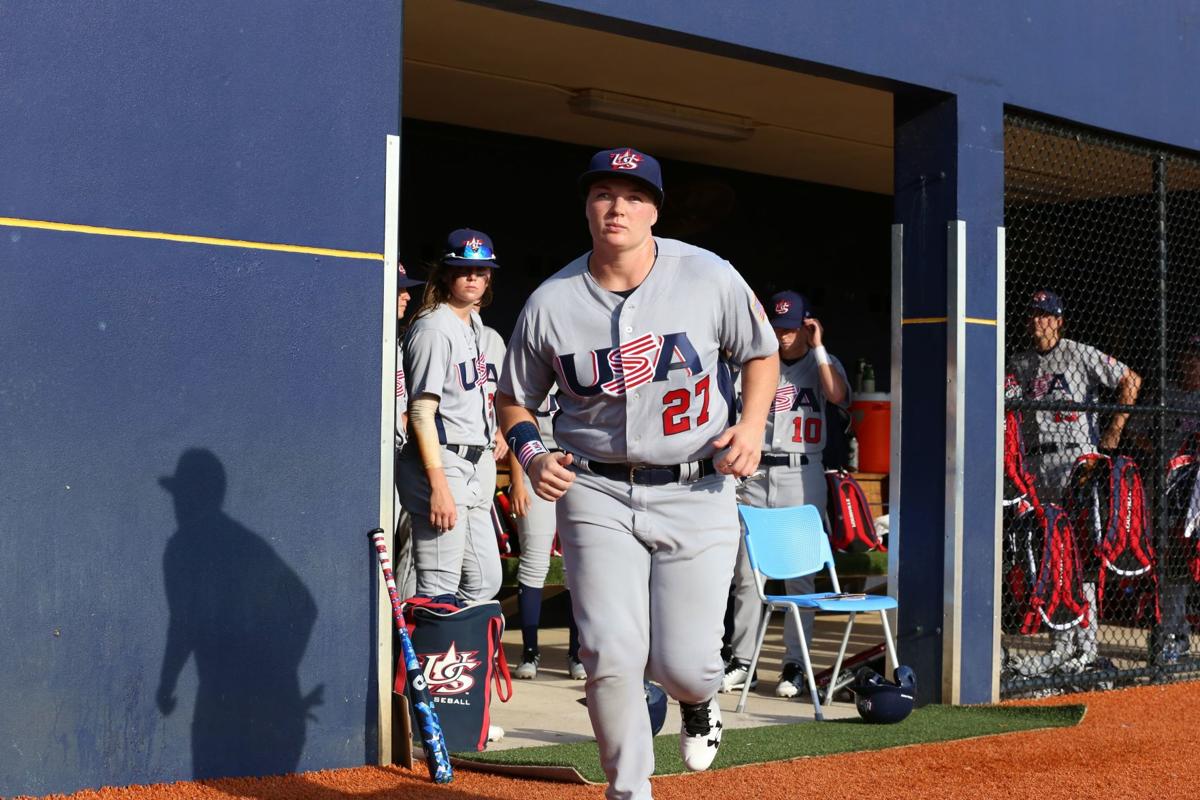 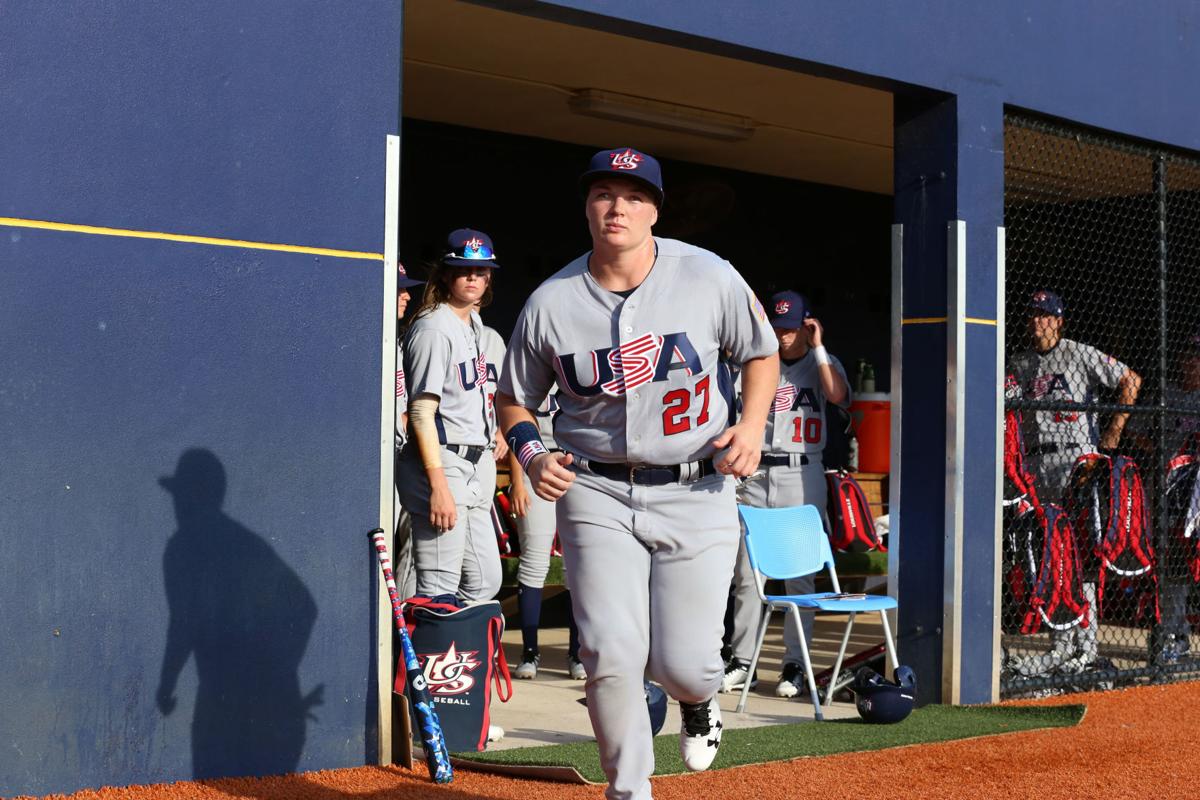 Whenever Megan Baltzell tells people she’s playing for Team USA, they almost always assume it’s softball. “All of the time,” she said with a laugh. “Ninety-nine percent of them don’t know.”

It’s a logical assumption. Softball was the sport in which Baltzell made her mark at Mountain View High School and Longwood University.

But you always return to your true love. For Baltzell, that was baseball, which she played as a child but spurned in pursuit of a college scholarship. And baseball has taken her where softball never could, allowing her to represent her country.

She’ll try again to earn a spot on Team USA this week at the Women’s National Team Development Program in Carrollton, Texas. She’s one of 34 women eyeing 20 roster spots for the Women’s Pan American Championships later this month in Aguascalientes, Mexico. The top four teams there will qualify for next year’s Women’s World Cup, where Japan will try for a seventh straight title in the biennial tournament.

Nothing is a given but Baltzell, 25, is the reigning USA Baseball Sportswoman of the Year after leading the team in batting average (.500), home runs (two), RBIs (10) and runs scored (10) at last year’s World Cup, where the Americans finished fourth.

“Megan is a special player,” Team USA manager Veronica Alvarez said. “Our game is very situational, like old-school baseball. Megan provides incredible power. That isn’t the only thing she does well, but her power is insane. That’s where she performs best.”

That shouldn’t surprise anyone who watched Baltzell play softball. After starring at Mountain View, she became a two-time Big South Conference player of the year at Longwood and still ranks tied for 12th in NCAA Division I history with 76 career homers (including a school-record 30 as a sophomore in 2013).

It wasn’t until after her college career ended, though, that her attention returned to baseball, a sport she began playing at age 4 with the boys in youth leagues but gave up (with great regret) in high school.

She learned about Team USA too late to try out for the team in 2015, but made the cut the next year. She hit .440 with one homer and 13 RBIs in the 2016 World Cup, when the U.S. failed to make the championship round but went 5–0 in the consolation bracket (outscoring its overmatched opponents 73–2).

She originally didn’t make the 2018 team, thanks to a tryout that she called “awful, the worst of my life.” But when teammate Tamara Holmes was injured and couldn’t play, Baltzell was the first alternate, and she took advantage of her mulligan.

“She made some incredible adjustments when she came back. It worked out tremendously for us and for her. It was like a 180-degree turn. ... She really found her place. She said, ‘This is my approach,’ and she carried it through. She was a big asset to the team.”

After spending her entire softball career as a catcher, Baltzell also has moved to the outfield, with occasional duty as a first baseman or designated hitter. “After 18 years, my knees needed a break,” she said.

Despite the move from smaller softball field, Baltzell (listed as 5-foot-9 and 190 pounds) has become a reliable defensive player.

Said Alvarez: “She’s a great outfielder. A lot of people think because she’s one of our taller players, maybe she doesn’t run well. But she moves great and gets really good reads on the ball. She has everything you could ask for.”

Women’s baseball is not an Olympic sport, and it doesn’t pay the bills; unlike the men’s game, the women’s version enjoys essentially a one-month season. Assuming they qualify for the 2020 World Cup, Team USA’s players will adjourn to their various hometowns and jobs after the Pan Am tournament and reassemble next summer. (Baltzell works as a Spotsylvania County firefighter for a living.)

That 11-month break makes it tough to stay in competitive shape in a game that demands timing. Baltzell plays slo-pitch softball almost year-round; it isn’t an exact facsimile, but the women’s game doesn’t have many hard-throwing pitchers. In fact, Baltzell said she had to slow down her swing a tad after facing 70-mph underhand fastballs in college.

Baltzell doesn’t regret her breakup with baseball, because softball paid her way through college and earned her national recognition. She does wonder what might have been, though.

“I had no idea that there even was a women’s team until my sophomore year in college,” she said. “If I had known, I probably would have taken a different course and tried out when I was 18.”

Players and volunteers get ready for Arab Cup

Tiger Woods Will Not Return To Golf Full-Time

Tiger Woods Will Not Return To Golf Full-Time

The transition has been a fruitful one for both Holmquist and the Wildcats (11-1), who will face Stone Bridge in Friday’s Region 5D championship game in Ashburn.

VIRGINIA TECH was the school that entered Saturday’s Commonwealth Cup with a major decision pending, as athletic director Whit Babcock seeks a…

The Lancies 2021: A feasting of the best of area high school football

Ever eaten two Thanksgiving dinners? Yeah, me too.

THE FALL 2021 Virginia deer kill, as of Tuesday, is down 7 percent, or about 7,700 animals from the same time last year, according to statisti…

STEVE DESHAZO: In game that required defense and desire, Hokies had it all

CHARLOTTESVILLE—Despite playbooks that are thicker than War and Peace and round-the-clock TV analysis, football doesn’t have to be a complicat…

Megan Baltzell will try to regain her roster spot on Team USA at a camp this week in Texas.