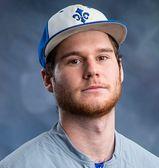 The coronavirus halted a promising college baseball season for several former local high school standouts, but it didn’t prevent them from earning honors.

Wojcik was in the middle of a breakout season for the Saints, leading the Atlantic East Conference with a .540 batting average when the season was canceled. He had a .652 on-base percentage, a .920 slugging percentage, seven doubles, four home runs, 21 runs scored, and 14 RBIs.

Nickles was 3-0 with a 2.79 ERA for Randolph-Macon, which started 15-1. He ranked second in Division III with 54 strikeouts. His twin brother Shawn Nickles (Colonial Forge) was named to the all-state second team as an outfielder after batting .339 with two homers and a team-high 25 RBIs.

Baltzell was a two-time conference player of the year who set a league record with 76 career home runs (including 30 as a sophomore to lead the nation) and holds Longwood school marks for RBIs (230) and runs scored (242). She now plays for USA Baseball’s women’s national team.

Beall was named Big South player of the year and a third-team All-America as a senior in 2012. She holds Radford’s school record with 52 career homers and shares the mark with 158 RBIs.

Neff and his brother Andrew were both named to Concord’s Dean’s List with GPAs of 3.5 or higher. Also making the list were basketball’s Lauryn Avery (Brooke Point) and women’s soccer’s Ashleigh Fairfax (Culpeper).