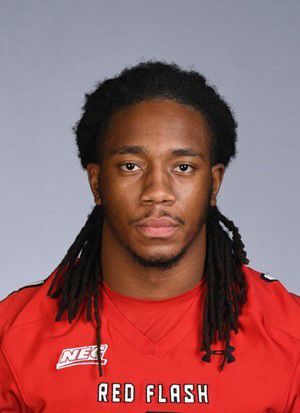 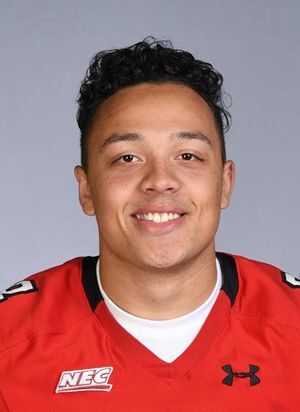 When Jason Brown and E.J. Jenkins learned Saint Francis (Pa.) University was canceling the football season it had pledged to play in the spring, the Chancellor High School graduates were devastated.

Brown and Jenkins has been a record-breaking quarterback-receiver tandem since their days at Freedom Middle School in Spotsylvania County and later with the Chargers and Red Flash.

After Saint Francis postponed the fall season until the spring because of the COVID-19 pandemic, the pair had been working relentlessly to build on stellar redshirt sophomore campaigns.

But after receiving a text message from the coaching staff around noon Thursday and then hearing the official word from the school later that night, Brown and Jenkins believed they had no other choice but to transfer.

Each announced on Friday they’ve entered into the NCAA transfer portal.

Brown said he and Jenkins no longer believed they could trust school officials with making decisions that impact their futures. Saint Francis canceled all ftraditonal all sports that were set to be played in the spring.

“I see what their priorities are and obviously it’s not us,” Brown said. “We felt it was best for us to go somewhere we know is going to play next fall. We can’t rely on them to make decisions for our future.”

Brown said for school officials to make the decision without any public knowledge it was a possibility before the news broke was “heartbreaking.” He said it was disconcerting that the rest of the Northeast Conference is still scheduled to play in the spring.

He and Jenkins hope to remain a package deal for a team at the highest-tier Football Bowl Subdivision level, but they’re open to splitting up for the first time if necessary.

Brown and Jenkins demonstrated at Saint Francis—a Football Championship Subdivision program—that perhaps they could excel at another level.

As a redshirt sophomore in 2019, Brown was an honorable mention All-American selection and was named second-team all-Northeast Conference. He led the NEC in passing yards (3,084) and touchdown passes (28) and set school records in each category.

Jenkins (6-foot-8, 235 pounds) was one of his favorite targets. He was also named second-team all-conference as he set the school single-season touchdown receptions record with 13. He recorded 39 catches for 779 yards that season.

While Brown and Jenkins said they wanted to remain at Saint Francis, they believe they’ve proven themselves at the FCS level and are ready for a different challenge.

They’ve talked about their plans with former Saint Francis teammate Ra’Shaun Henry, a wide receiver, who transferred and joined Virginia’s FBS program in 2020. Brown said Henry informed him he’d mention them to the Cavaliers’ coaching staff.

“I believe we’re real prepared,” Jenkins said of potentially going the FBS route. “Whatever we have to do to perform at the level we did at FCS it just means we’ve got to go harder. We’re ready for all kinds of challenges.”

Brown and Jenkins each have two years of eligibility remaining. When they entered the transfer portal, college coaches were immediately notified and the recruiting process can begin.

At Chancellor, Jenkins initially committed to Old Dominion University, an FBS program, but later changed his mind to join Brown at Saint Francis. They both found a home at the school located in Loretto, Pa.

Brown said as he hit send on Twitter to make the announcement he “almost shed a tear.”

“I love SFU,” Jenkins added. “I made friends there that turned into family. I will always be grateful for the things the program has done for me. It was a hard decision. I didn’t want to leave. But it was the best decision for my future.”

Alabama wins college football title. Are you surprised? Get a recap

Top-ranked Alabama beat No. 3 Ohio State 52-24 to win its sixth national championship under coach Nick Saban. Here are the highlights in photos.

Despite all the hurdles, CFP title game has arrived with No. 1 Alabama taking on No. 3 OSU in Miami

There was a point in August where having a season appeared to be greatly at risk, let alone reaching the College Football Playoff national championship game.

College football will crown a new national champion Monday night, as the strangest and most tenuous season on record ended in a familiar place.

DeVonta Smith ran into the end zone at Hard Rock Stadium untouched — again — and pointed his right index finger toward the sky.

Immediately after Clemson’s James Skalski speared Justin Fields on New Year’s Day – we dress it up as “targeting” these days – Pablo Fields took a phone call. A friend of the family, a doctor, was reaching out to Fields’ father, bearing a scrap of cold comfort. “She said he should be fine, the spleen is on the other side,” Pablo recalled. Plenty of other internal parts were still in play, ...

Shannon Ryan: A complicated college football season — filled with exasperation and exhilaration — is over. Was it all worth it?

The most pressing questions heading into the 2020 college football season was whether the season would start at all and, if it did, would it be able to finish.