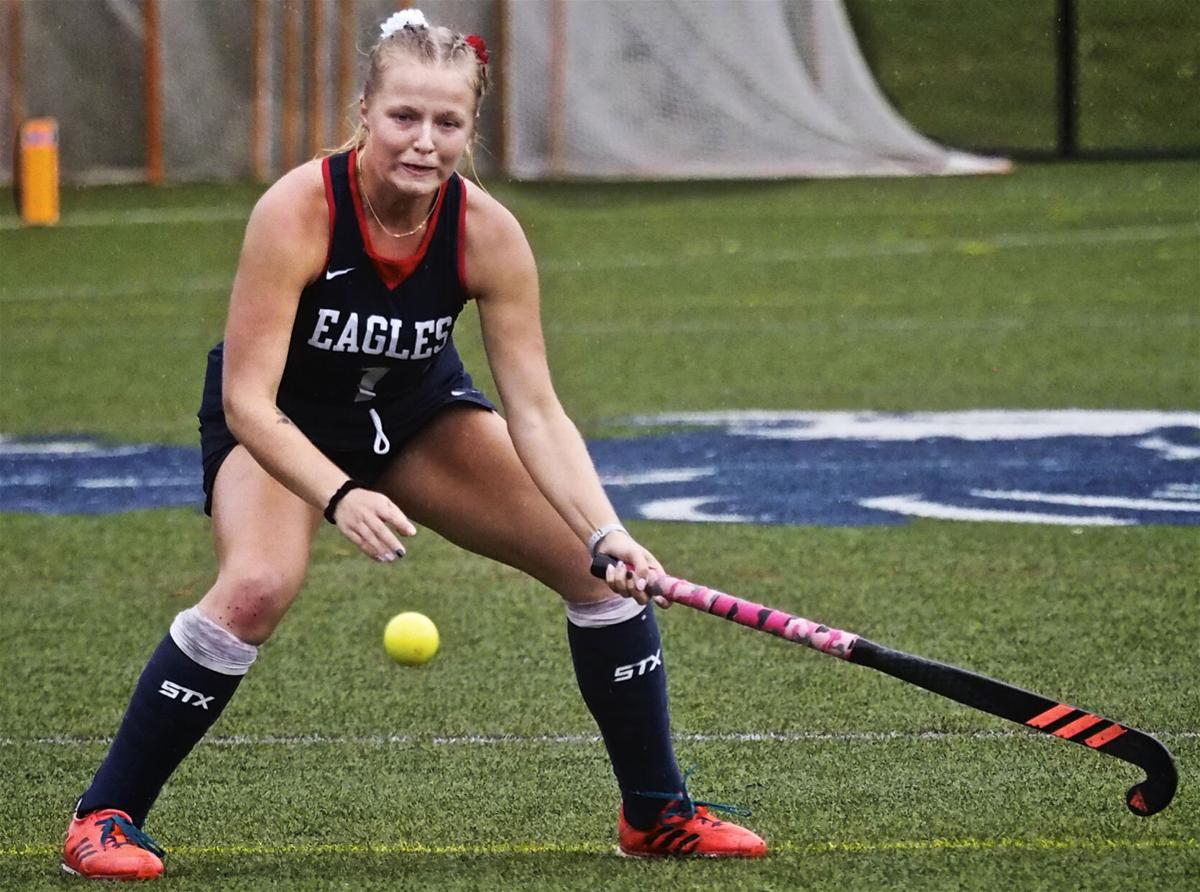 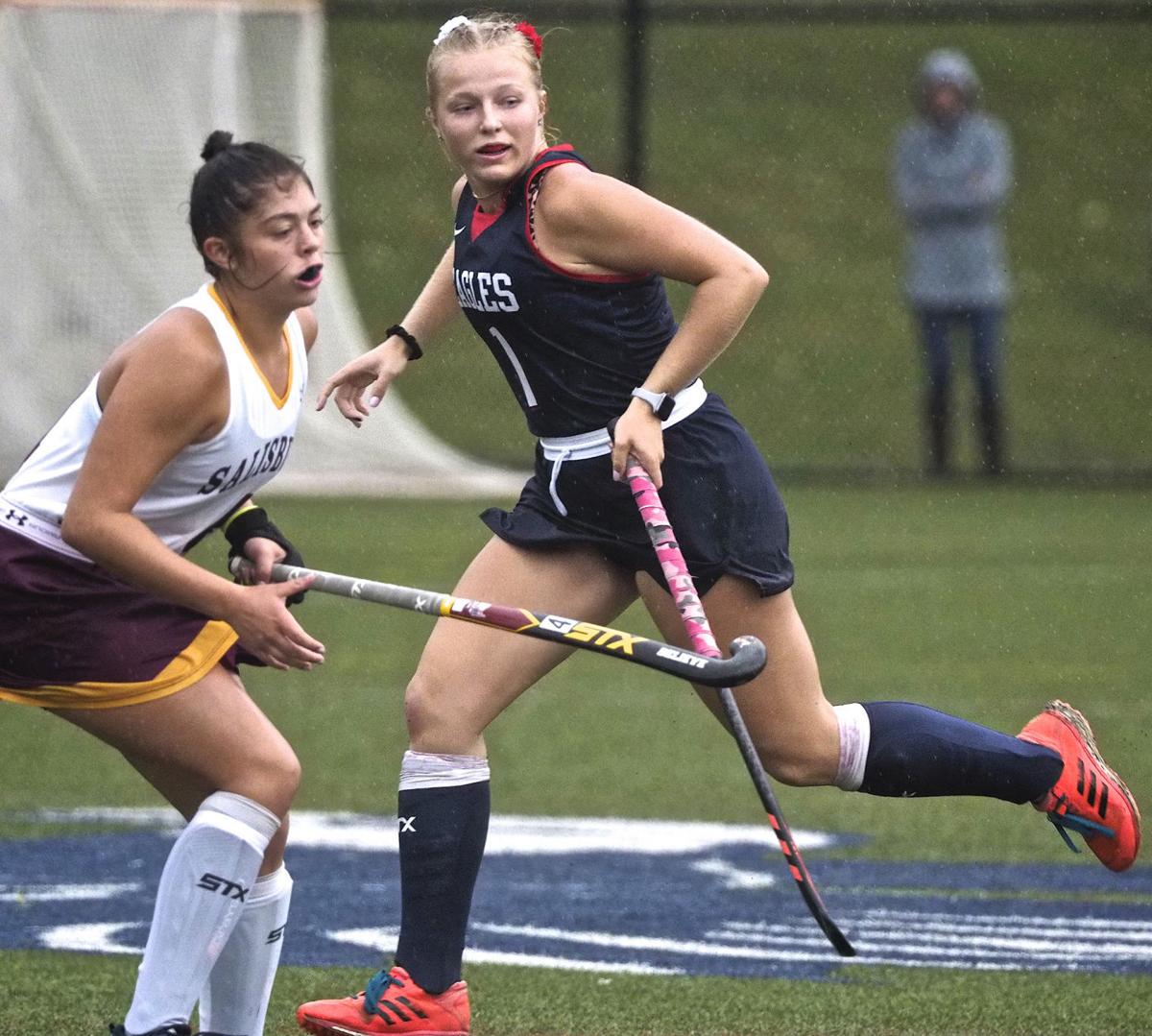 Emma Bernard (right) has scored three goals in a game twice for Mary Washington this season. 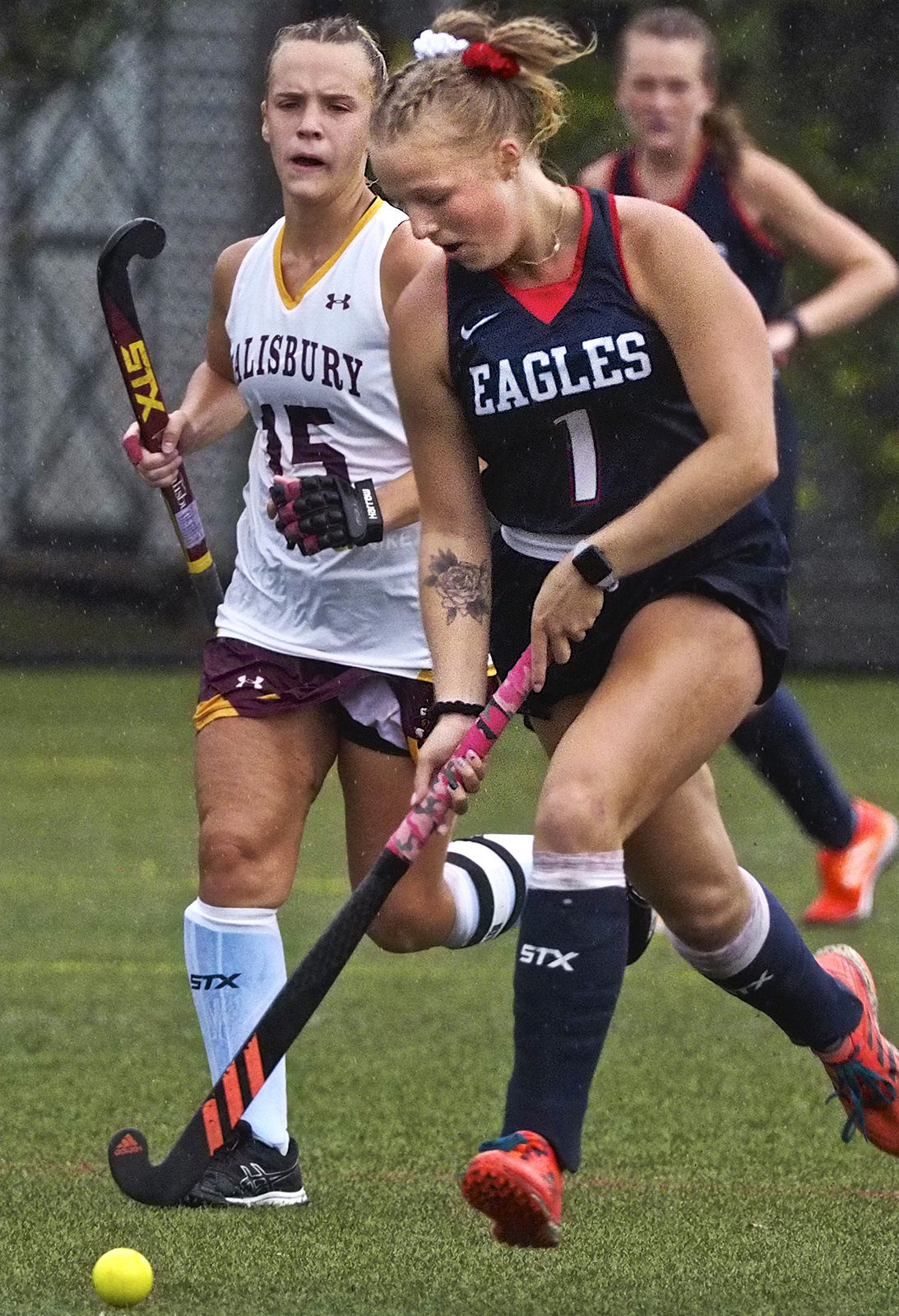 When Jamie Tierney was the field hockey coach at James Monroe High School, she noticed a young girl with blonde hair that stood on the sideline at Chancellor whenever the Yellow Jackets faced the Chargers.

Emma Bernard is the daughter of Chancellor assistant coach Amy Bernard and typically joined her mother on the sideline as a youth.

“We knew who she was and that one day she would be a player,” Tierney said.

Bernard grew up to become a star at Chancellor and one of the focal points of the Yellow Jackets’ defense when they faced off with the Chargers.

But now Tierney and Bernard are on the same team.

Tierney was hired as the head coach at the University of Mary Washington in 2018, entering Bernard’s senior season at Chancellor.

Bernard had previously committed to the Eagles and kept her pledge after the coaching change. She’s now a sophomore forward at UMW and is tied with fellow sophomore Riley Tengwall for the team lead with 11 goals.

“It’s been fun to see her grow up from the sidelines and be the opposing coach and now we’re out there together,” Tierney said. “She’s a lot of fun to coach. She has a real passion to play. Every day she puts in the effort. She wants to get better. She asks questions. It’s been cool to have her on the same side as me.”

Bernard is part of a youth movement at UMW, where only three seniors are on the roster compared to 13 freshmen and sophomores. Bernard still has three years of eligibility remaining. The Eagles didn’t have a 2020 campaign because of the COVID-19 pandemic.

Bernard said it was difficult to miss what would have been her debut season, especially as she watched rival programs compete.

“It was mentally really frustrating to see [Christopher Newport] and Shenandoah get a full season,” Bernard said. “That was frustrating to know we’re going to be behind but I also think it drove us and made us hungry to try to level ourselves with them.”

The Eagles have suffered 5-4 and 4-0 defeats to Shenandoah and CNU, respectively.

They’re 8-6 this fall and have two regular season contests remaining, at Lynchburg on Oct. 25 and at home against Dickinson on Oct. 27. The Coast 2 Coast Conference tournament begins Nov. 3.

Bernard said she believes the program is headed in the right direction.

“I just think the team chemistry of this group is a lot different than Mary Wash has seen in a long time,” Bernard said. “I think that’s starting to show.”

Bernard credits the support of her teammates and coaches for her breakthrough season.

She said the coaches instill a mindset that once the ball is in the circle, it doesn’t leave the area and eventually should find the back of the cage.

But Tierney said Bernard’s campaign has a lot to do with her abilities, as well. She said Bernard is a confident “true forward” who loves to score, has great field vision and is also a playmaker for her teammates. Bernard has three assists on the season.

“She can be deceptive in the passes or shots that she takes,” Tierney said. “She can take a variety of shots on the left side or the right side of her body or moving away from the goal. That makes her harder for defenders to mark.”

None of that comes as a surprise to Tierney. Bernard said she was 5 years old when she met Tierney at the Fredericksburg Field House, where she was the field hockey director.

And just as Bernard has quickly adapted to the college game, she said Tierney has, as well.

“She brings a feeling of comfort,” Bernard said. “I’m not afraid to make a mistake in front of her. That’s a really important quality to have as a coach.”

UMW: Eagles win one, lose one in start of men's basketball season

Emma Bernard (right) has scored three goals in a game twice for Mary Washington this season.