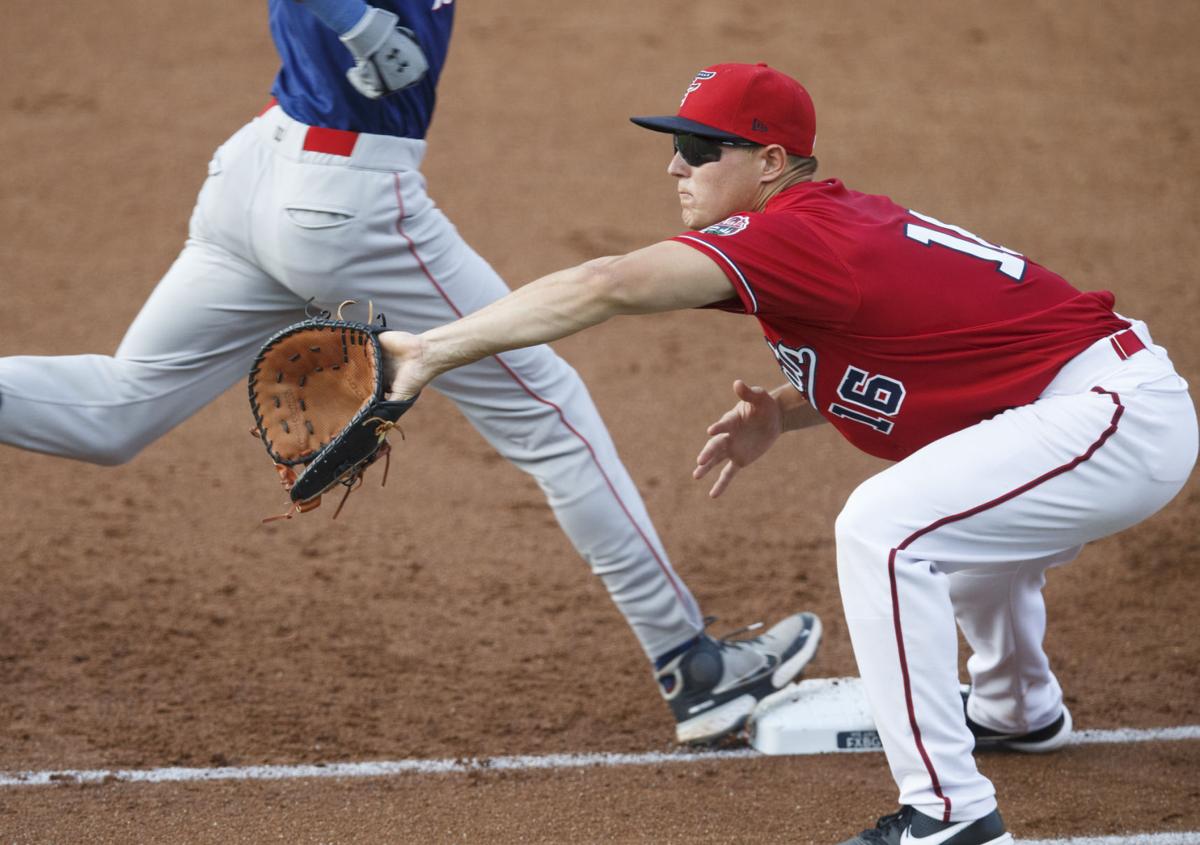 Kevin Strohschein and his fellow FredNats have struggled in the field. 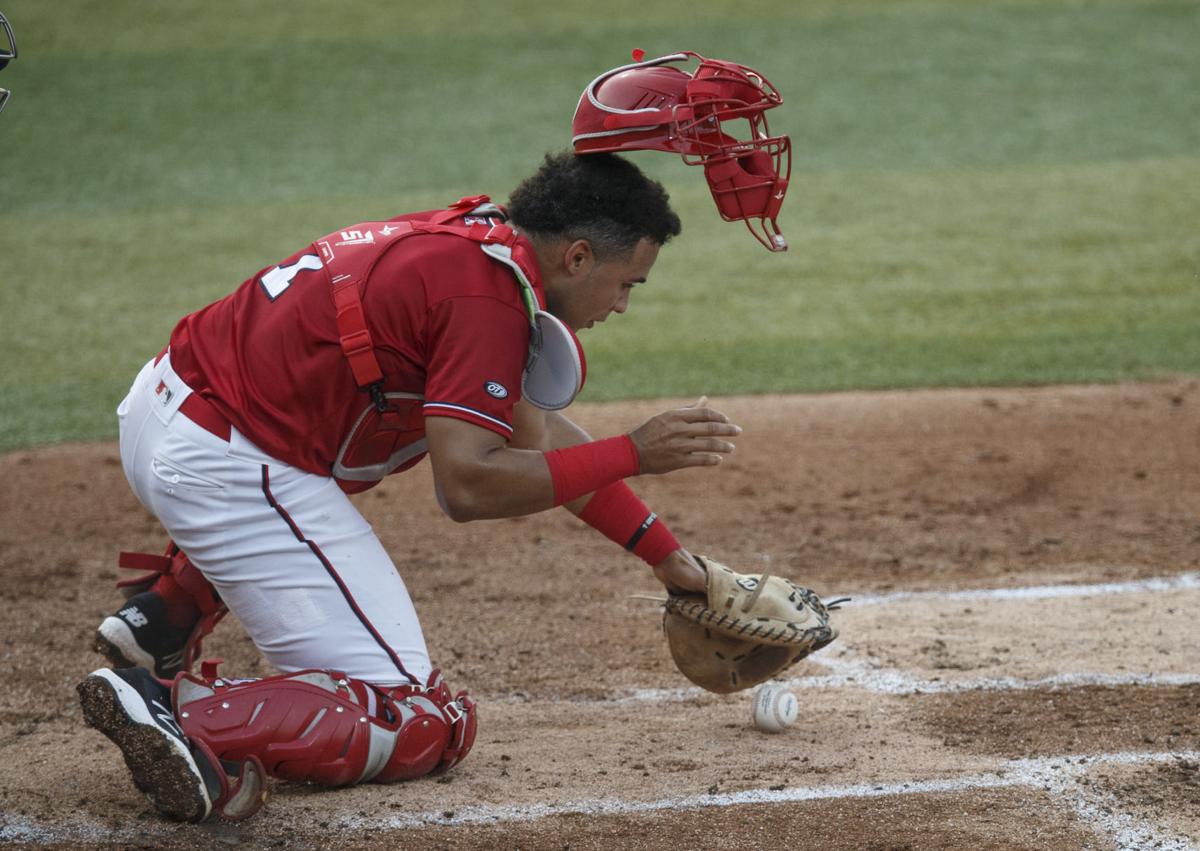 Catcher Geraldi Diaz scrambles to recover the ball during a recent game against Kannapolis.

Still, in all of their modern analysis, baseball aficionados have come to appreciate the value of keeping the other team off the scoreboard. Complicated metrics such as Defensive Runs Saved and Ultimate Zone Rating have become part of a baseball nerd’s vocabulary.

You didn’t need any sophisticated measurements, though, to see why the Fredericksburg Nationals stumbled out of the gate in their first season, losing their first 15 games. They didn’t hit or pitch particularly well, but the weakest part of their game was their defense (or lack thereof).

At 22–45, they’re still a work in progress, but their ascension into a competitive club has coincided with modest defensive improvement. There may not be any gold gloves coming their way, but the FredNats had slowed the bleeding to a degree—until Tuesday’s 4–3 loss at Salem, when reliever Edward Urena’s ninth-inning throwing error set up the winning run.

Let’s be honest: the FredNats had nowhere to go but up. They committed five errors in their inaugural game and a combined 11 in their first three. That included five by infielder Gio Diaz (who, not surprisingly, hasn’t played for Fredericksburg since), and four plays that were ruled “missed catch[es]” by first baseman Kevin Strohschein. That’s almost more errors than you’d expect a first baseman to commit in a full season.

Off-target throws by pitchers Michael Cuevas’ and Urenas Tuesday night marked the FredNats’ 103rd and 104th errors of the season, and they led to the 89th and 90th unearned runs the team has allowed—by far the most in the Low-A East League.

And those are just official errors. There are other mistakes that can cost a team—especially one comprised of 20-year-olds—without showing up in the box score. Things like throwing to the wrong base, missing a cutoff man or allowing a potential base stealer to take a huge lead off first base.

You can get buried under an avalanche of numbers, but here’s one that stands out: in only 12 of their 67 games have the FredNats managed not to commit at least one error.

That’s the bad news. Here’s a small reason for optimism: two of those 12 came in the final two games of last week’s series in Lynchburg. It marked the third time in the past six weeks that they kept a clean sheet for at least 18 consecutive innings.

That factoid probably won’t end up on a baseball card, but it represents baby steps. So does this: after committing 33 errors in their 0–15 start (roughly two per game), the FredNats have reduced that to 71 in their last 52 contests (1.4 per outing). Again, not great, but their respectable 22–30 record in that span reflects the improvement.

Fredericksburg is far from the only Low-A East squad to kick the ball around this season. The league is filled with raw youngsters getting their first taste of pro baseball in unfamiliar towns (and in many cases, an unfamiliar country). Many try too hard to impress their coaches and make mistakes out of haste or unwise judgment in an effort to make a spectacular play when a routine one would suffice.

Teams at this level have a batting coach and a pitching coach, but not one dedicated to defense. So that critical aspect of the game is bound to suffer—especially as players try to make a name with their bats.

That’s true for every team. But when you struggle at the plate as much as the FredNats—who have a league-low .219 team average—you can’t afford to give away runs.

They’re still doing it—as they did Tuesday. But it’s occurring less frequently. And not coincidentally, victories are coming a bit more often.

This may land me on some “Hassle Forever” list but beware Newark airport if you are a United States’ citizens traveling internationally to hunt.

Kevin Strohschein and his fellow FredNats have struggled in the field.

Catcher Geraldi Diaz scrambles to recover the ball during a recent game against Kannapolis.