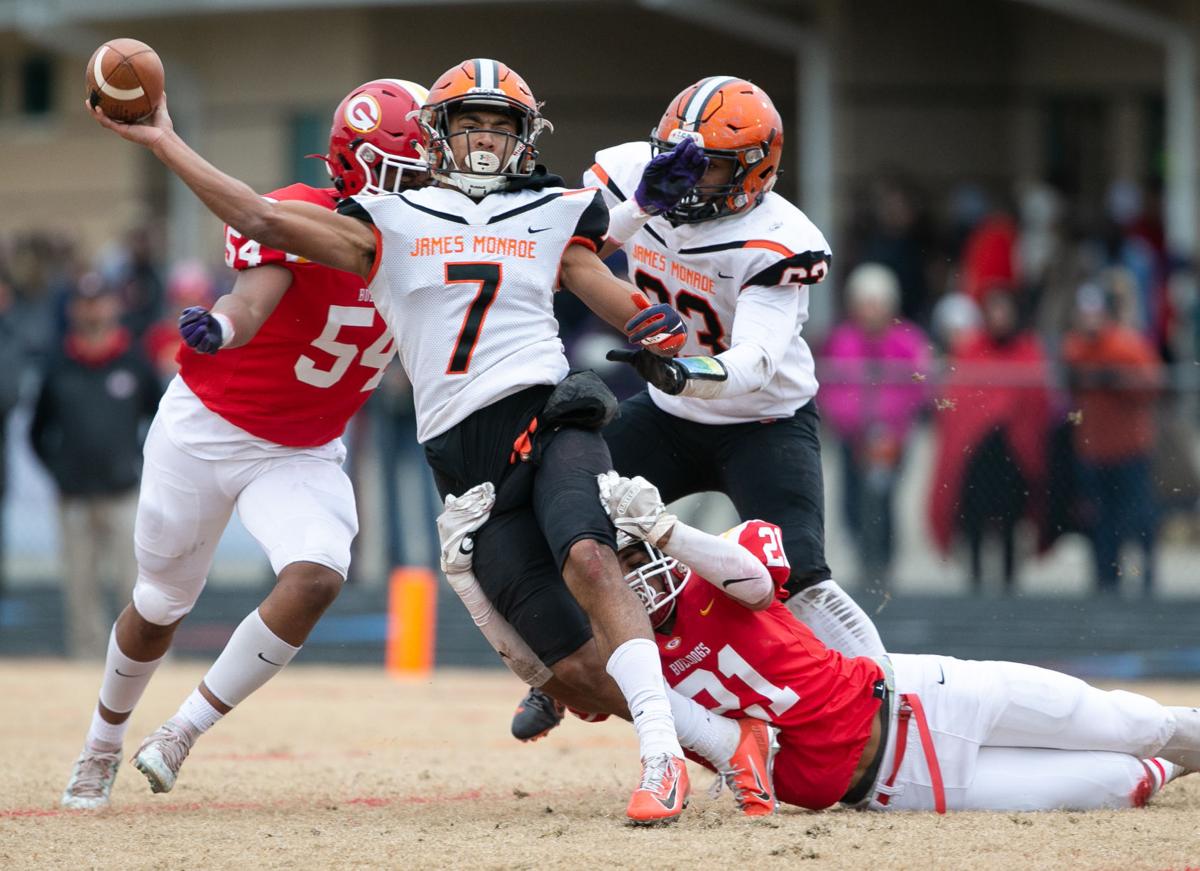 James Monroe’s Aidan Ryan is weighing whether to play a spring season or enroll early at Virginia. 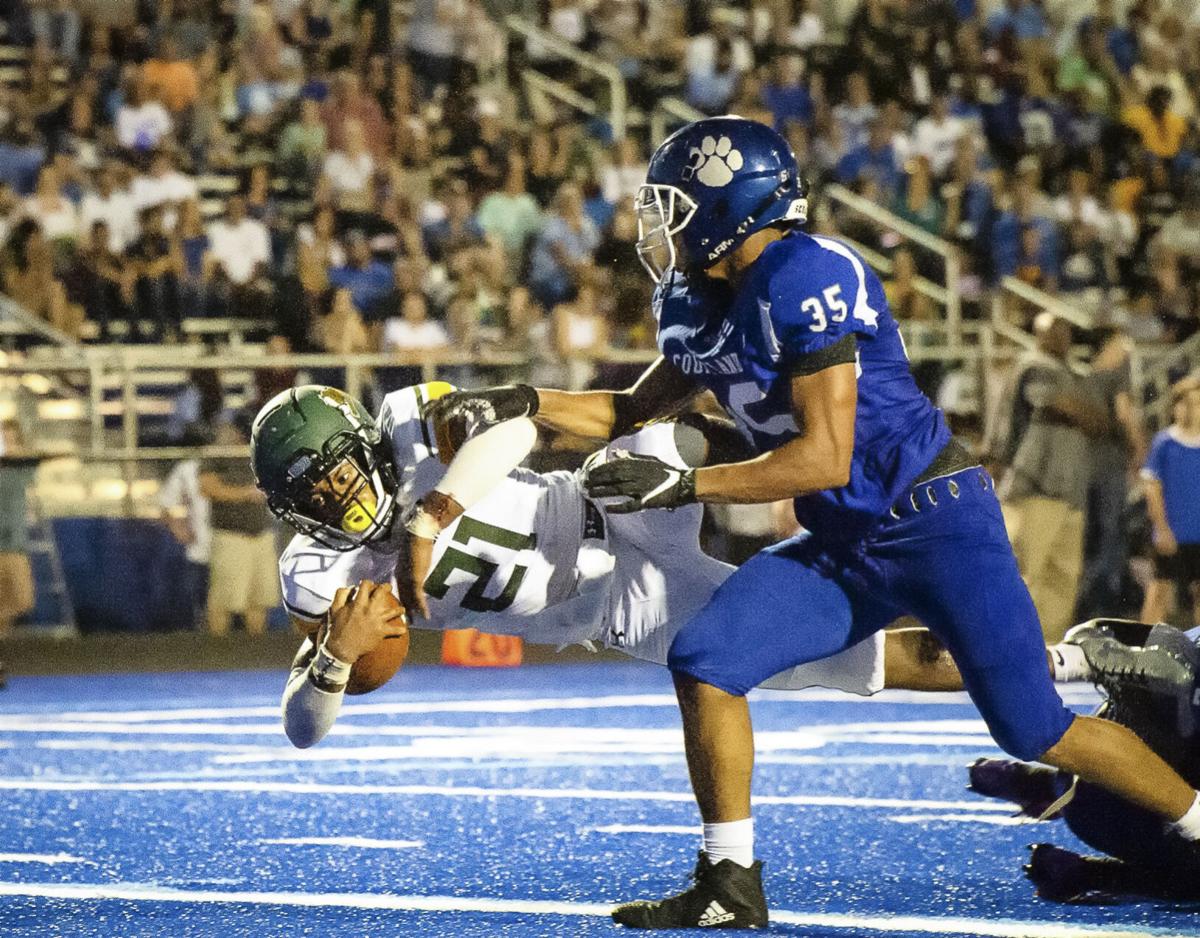 Louisa’s Robert Morgan IV (21) will skip a spring season to get an early start at Howard University. 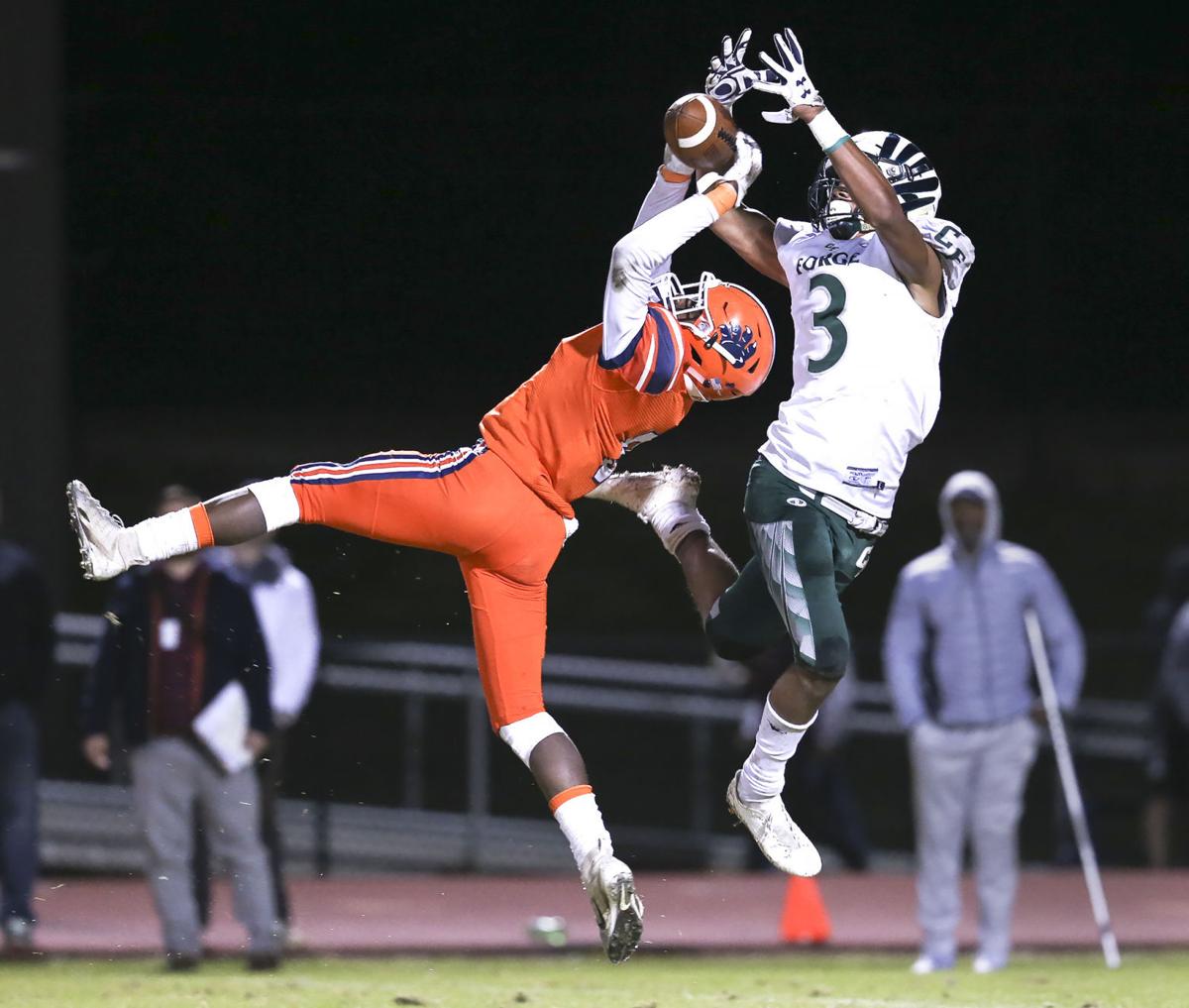 North Stafford’s Shawn Asbury (in orange) says he’s leaning toward not playing in the spring. 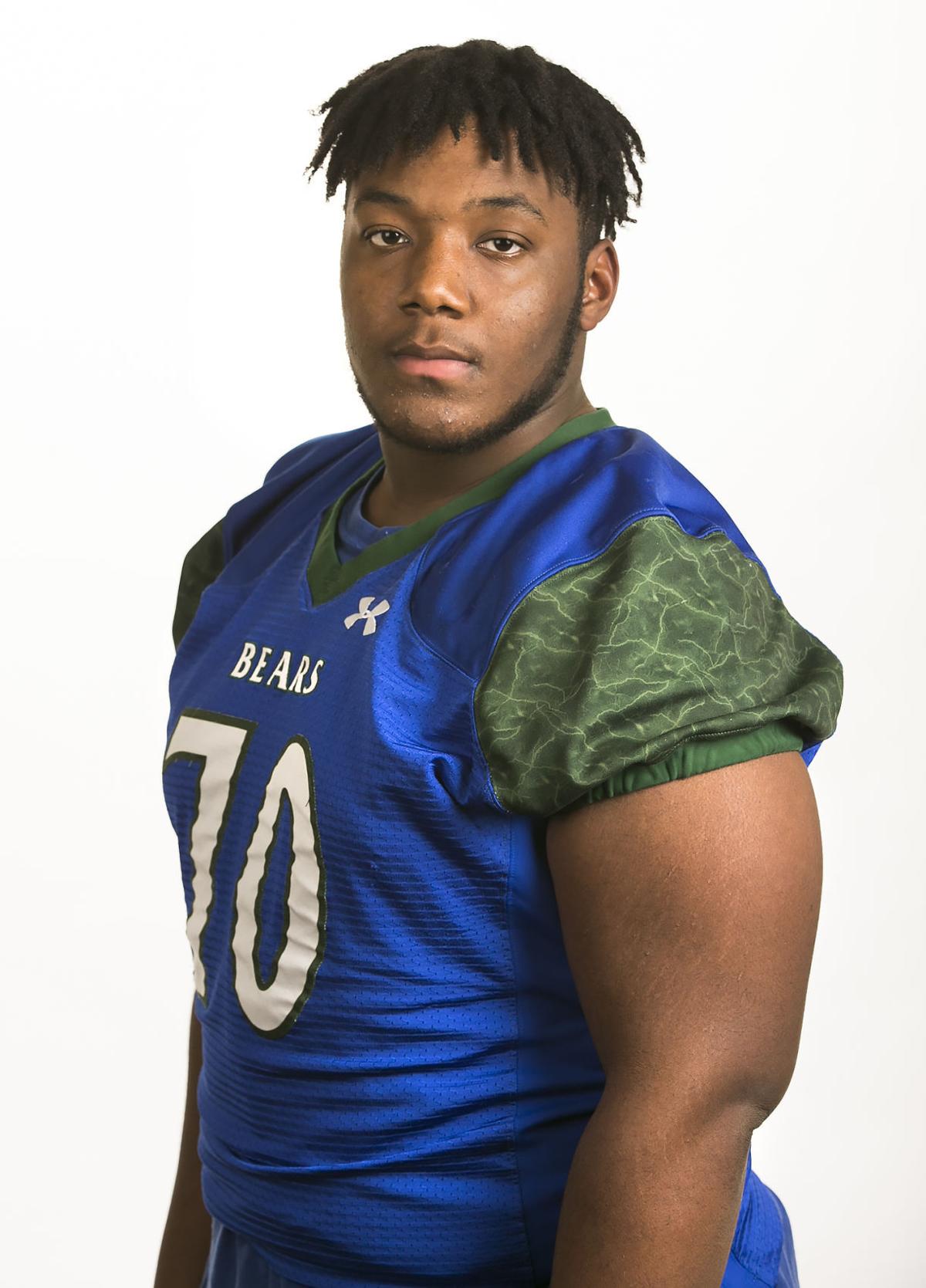 When the Virginia High School League announced earlier this month that none of the three models it was considering for rebooting athletics included fall football, Fredericksburg-area senior Division I prospects knew they had decisions to make.

That decision-making process got a deadline Monday morning when the VHSL formally voted to begin athletic competition in December with winter sports. That means fall sports, including football, will start practice on Feb. 15 with the first game being held March 1 and the season wrapping up May 1.

“Maybe a lot of the better players who have gotten scholarships won’t play,” Louisa head coach Will Patrick said. “But that could open up opportunities for other guys.”

One of Patrick’s players has made the decision not to continue. Senior running Robert Morgan IV said he’s enrolling early at Howard University after orally committing to the Washington, D.C., school earlier this month.

North Stafford defensive back Shawn Asbury committed to Virginia Tech last month and is leaning toward not playing his senior season. James Monroe senior Aidan Ryan orally committed to the University of Virginia in May and remains undecided.

Riverbend defensive tackle Skyler Grant holds five Division I scholarship offers and is expected to sign a national letter of intent in December. Grant said he’ll definitely suit up for the Bears his senior season.

Morgan said it wasn’t an easy choice to leave the Lions. Louisa is coming off an 11–1 season and is expected to once again field a competitive team.

Morgan said he believes he still has plenty to prove at the high school level after suffering a torn ACL in the regular season finale against Albemarle last fall, but he and his parents decided it’s best to move on. He said fear of a recurring injury didn’t dictate his decision.

“I made the decision when it first came out that we wouldn’t have fall football,” Morgan said. “I talked to my parents and to coach Patrick. I talked to some of my teammates and they 100 percent respect my decision. They said, ‘You’ve got to do what’s best for you and we’re going to grind and do what we have to do this year for you.’ ”

Asbury said that before he knew there would be no football this fall, he planned to enroll in Virginia Tech for the spring semester. He said having the season in the spring makes the decision harder, but forgoing his senior year may be best for his college career.

Asbury noted he’s the only North Stafford player considering not playing in the spring, but added that many Division I commits across the state are seriously weighing that option.

“Right now I’m just prepared to move on if necessary,” Asbury said. “But it would definitely be upsetting if you can’t play your senior year.”

Ryan was anticipating a stellar senior campaign to cap his career. He’s starred at quarterback, receiver and return man in addition to defensive back throughout his time at JM.

He said he’s split on whether to stay or go and he doesn’t have a timetable to make a decision. He said it was “good news” to hear that the VHSL plans to conduct a season, but even those plans could go awry if the spread of the pandemic hasn’t slowed significantly by then.

Ryan said deciding whether or not to play football this spring will be the first “grown-up” decision for many of his peers.

“I’m sort of looking at it on both sides of the spectrum,” Ryan said. “If I chose to do early enrollment [at Virginia], I’d have the opportunity to go in and get adjusted to the atmosphere, work on getting bigger, faster and ready to play at the next level.

“Then again there’s a side of me that just wants to be a kid where I can finish out my school years. Even though it’s not normal, I’d still have that normal high school life.”

Grant has received scholarship offers from Buffalo, Campbell, Old Dominion, St. Francis (Pa.), Virginia-Wise and Gardner-Webb. He plans to orally commit soon, but said when he signs in December, it won’t deter him from completing his final season of eligibility.

He said it’s important to him to experience senior moments such as his parents walking him onto the field for his final home game. The model the VHSL approved calls for 60 percent of the season to be played and postseason details will be worked out at an Aug. 24 Executive Committee meeting.

Grant said he has no concerns about the quick turnaround of the high school season ending in early May and college football starting three months later.

“I’m still going to be in that football mindset,” Grant said. “All I’ll have to do is keep working, keep training and college football is right there.”

ALL-DECADE: Track team of the decade: Louisa's 2011 boys had depth and desire

The Lions were the only boys or girls team in the Fredericksburg area to capture a track and field state championship from 2010–19. That made veteran head coach Jerry Cutright’s bunch the runaway choice for Free Lance-Star team of the decade honors.

James Monroe’s Aidan Ryan is weighing whether to play a spring season or enroll early at Virginia.

Louisa’s Robert Morgan IV (21) will skip a spring season to get an early start at Howard University.

North Stafford’s Shawn Asbury (in orange) says he’s leaning toward not playing in the spring.