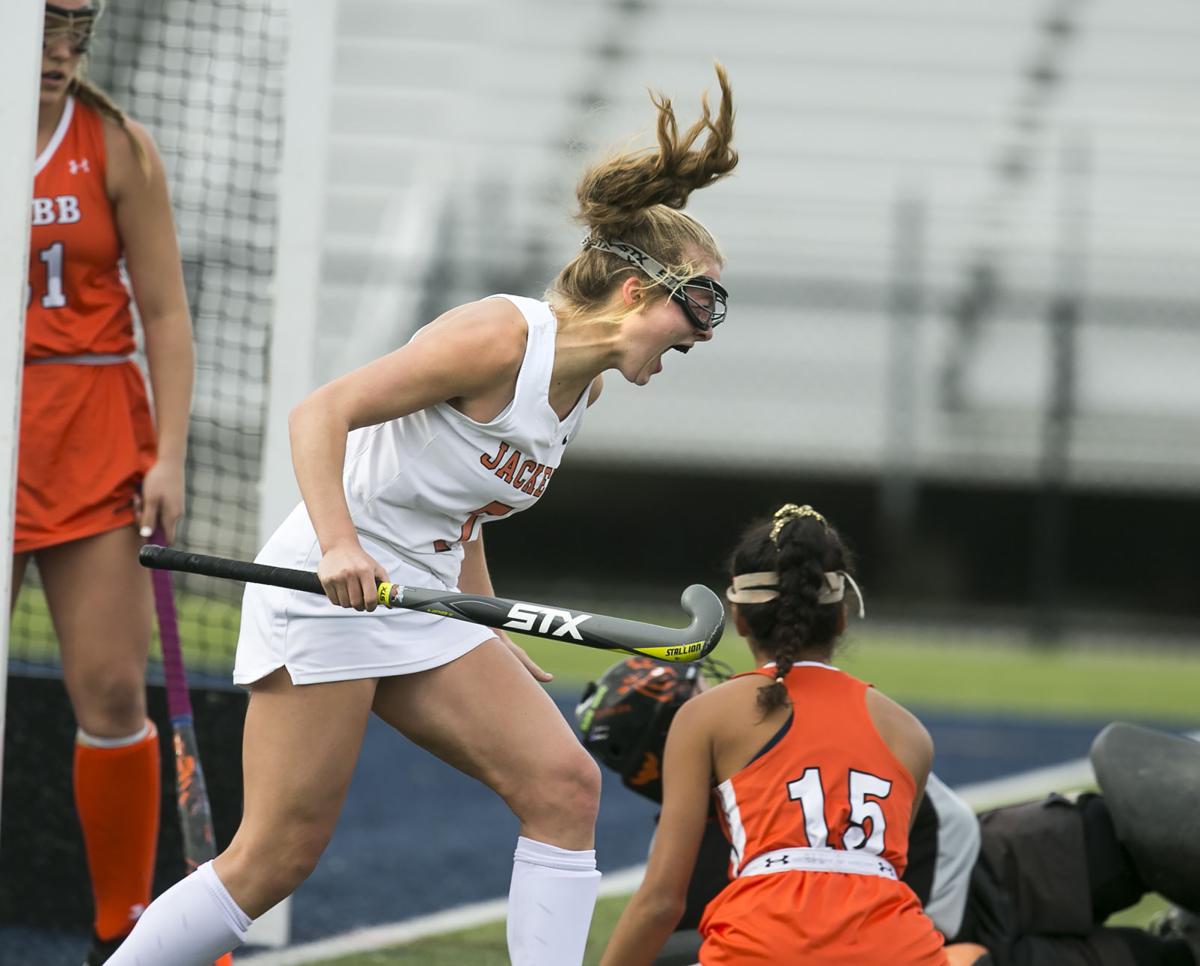 James Monroe’s Ginny Beringer celebrates after scoring against Tabb during the 2019 Class 3 field hockey playoffs. Beringer led the Yellow Jackets to another strong season during the spring. 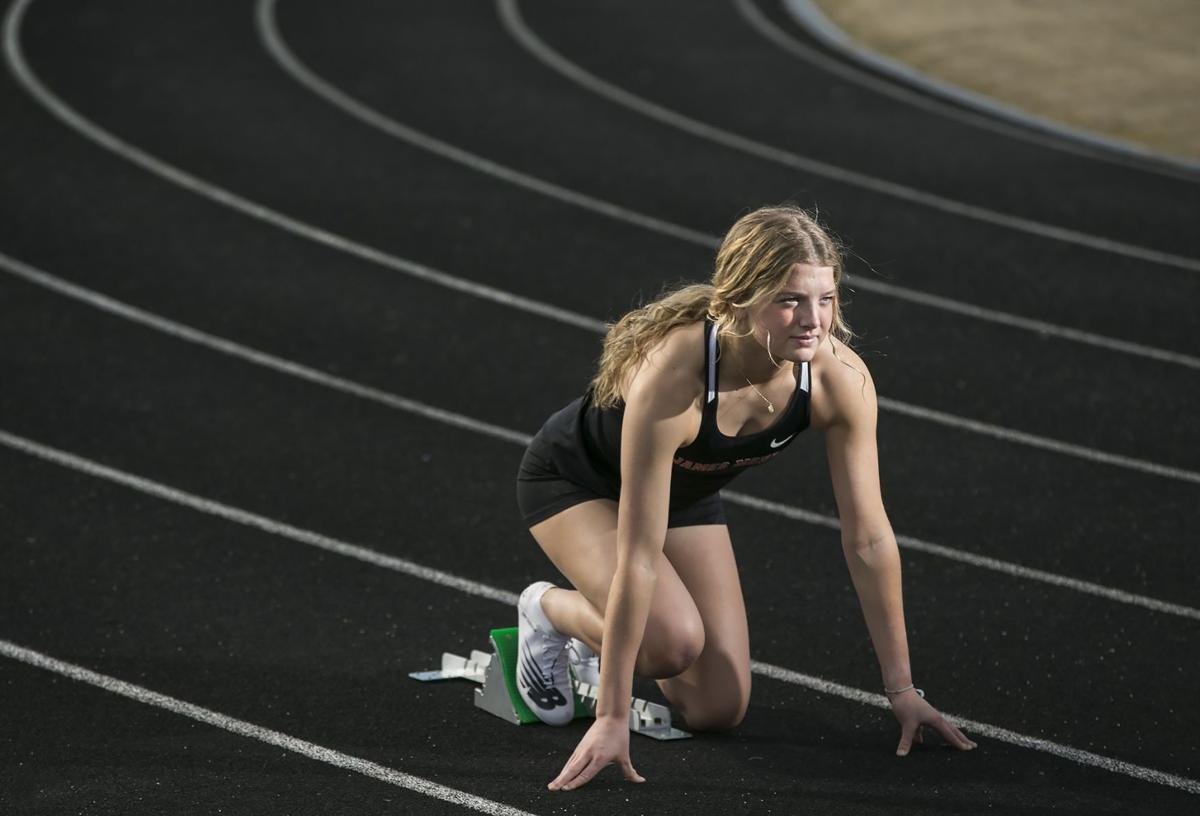 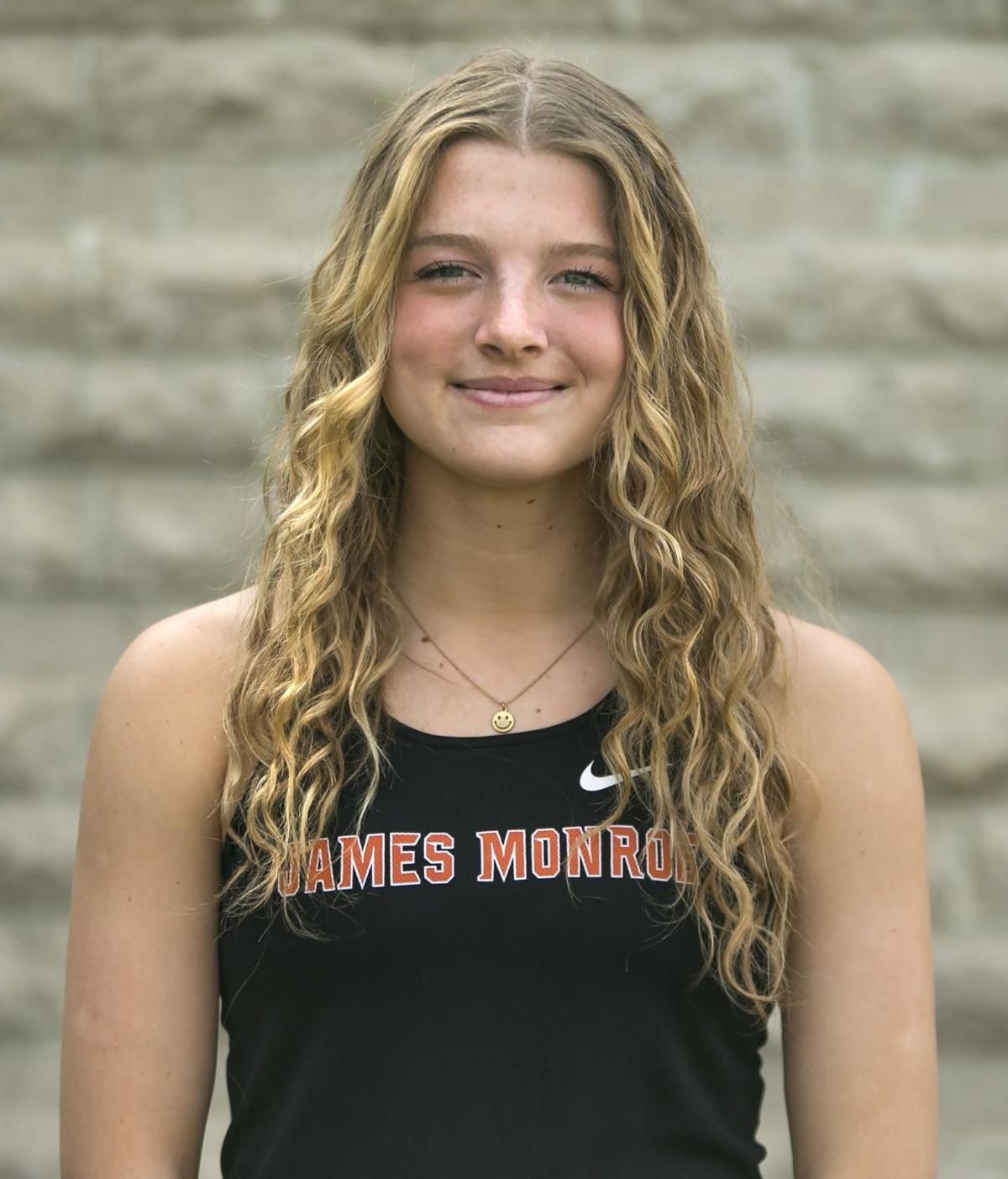 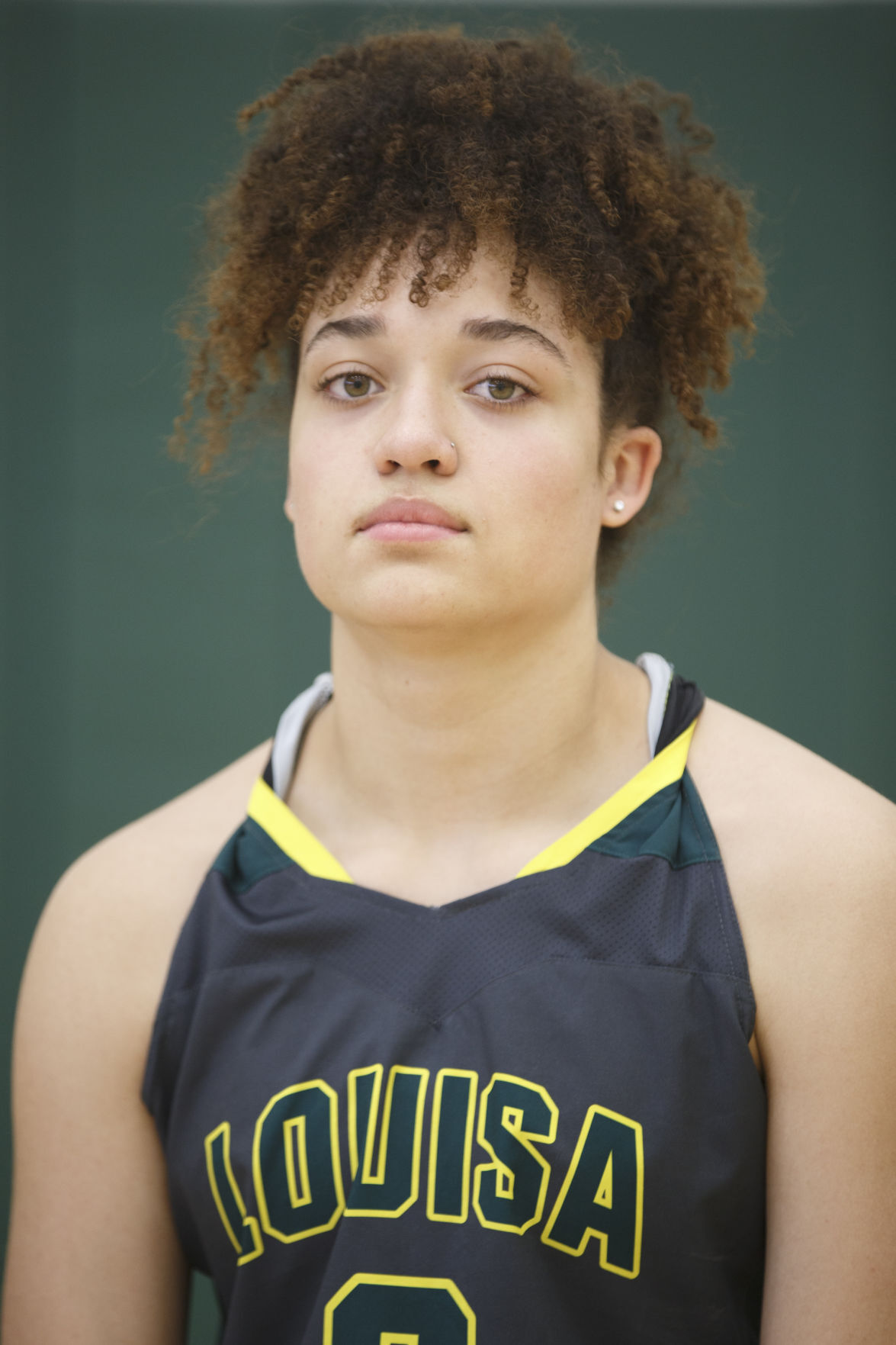 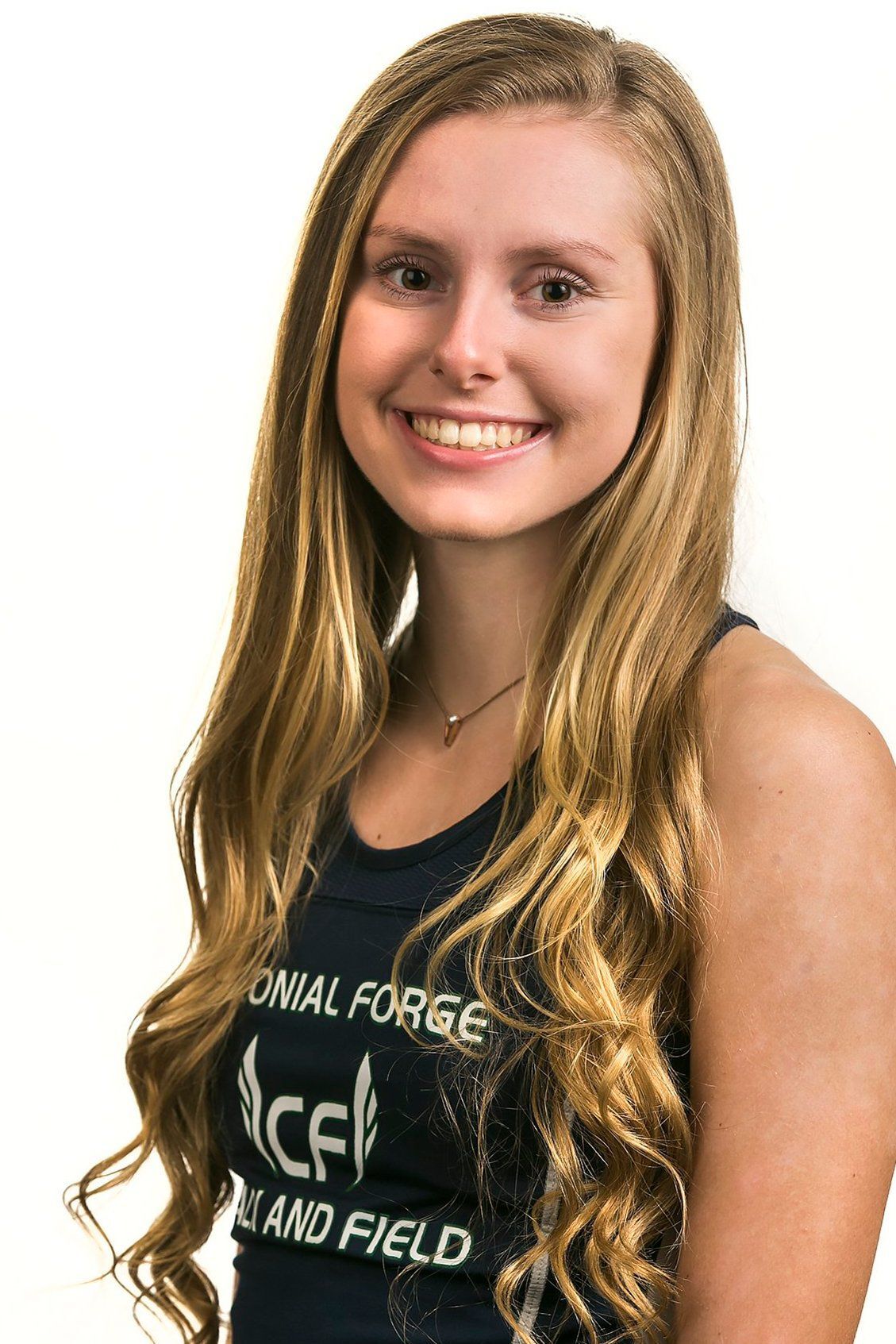 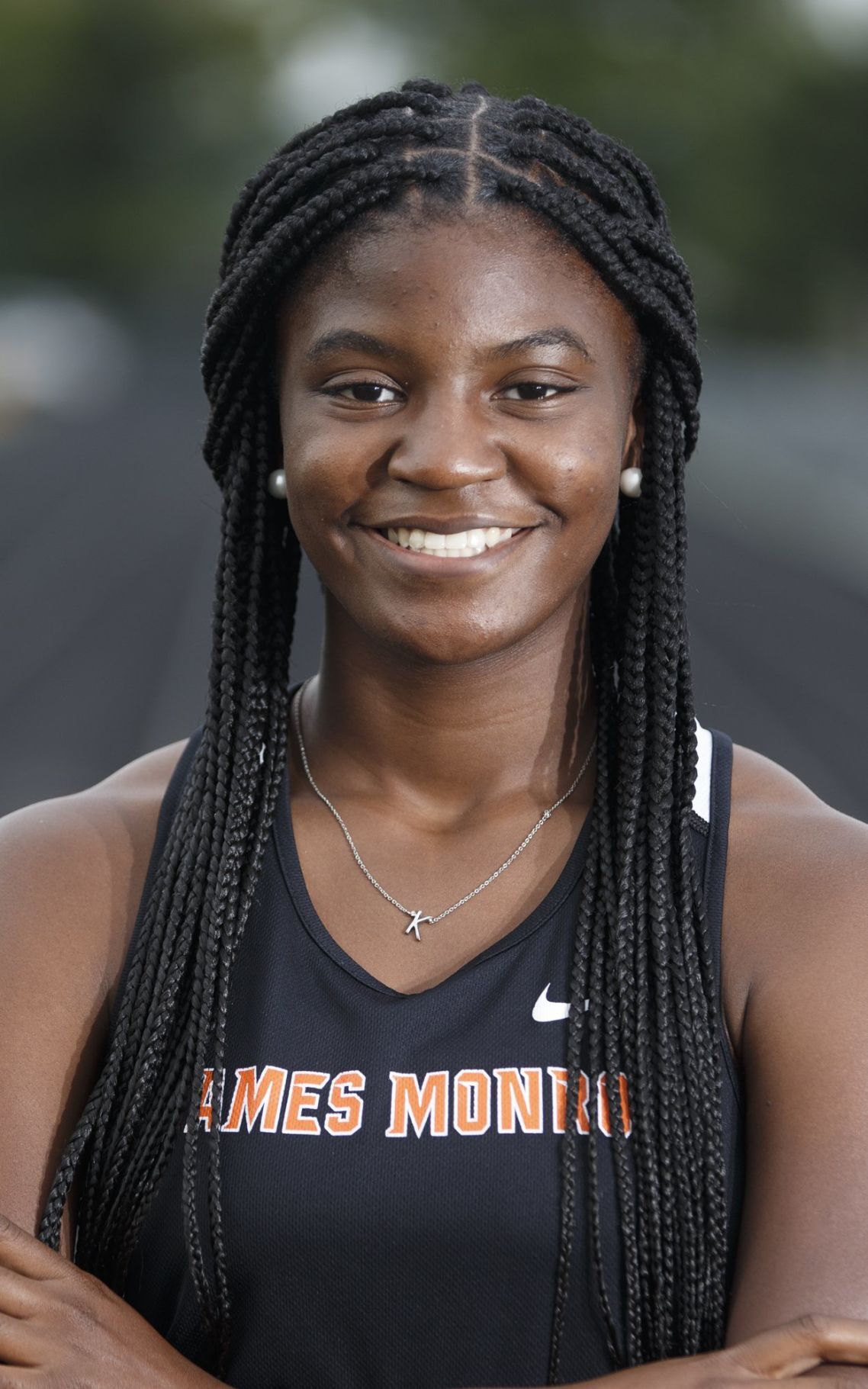 When Ginny Beringer was a freshman on the James Monroe track and field team, she witnessed the dominance of thrower Alexis Clark, an 11-time state champion.

But at the time, the Yellow Jackets didn’t have an abundance of runners excelling individually at the state level.

Beringer made an immediate splash with a Class 3 title in the 800 meters. Head coach Nick Brousse said the standard she set that season spilled over to the rest of the team.

Beringer continued to thrive at JM and as a sophomore she was named Free Lance–Star girls athlete of the year.

She’s earned the honor once again after a stellar senior campaign with the Yellow Jackets’ track and field and field hockey teams.

“She really helped us develop a competitive track team because her freshman year she went and out of nowhere won the 800 state title,” Brousse said. “Very early on, four years ago, she set the bar for her coaches and her teammates. She’s really served this team well and she’s been a good leader.”

Beringer is now set to join the cross country and track and field programs at the University of Richmond, where both of her parents attended.

This past season at JM, she was voted Virginia High School League Class 3 female athlete of the year.

She was a three-year starter on the Yellow Jackets’ field hockey team that fell just short of a fourth straight state title when it lost to Poquoson in the semifinals in April.

She helped the Yellow Jackets to a second-place finish as a team in the spring after anchoring the 1,600 relay that won a state title and the 3,200 relay that placed fourth.

Beringer, who captured seven state track titles in her career and two field hockey state championships, said the Yellow Jackets coming up just short of a team track crown is the only thing that’s missing from her résumé.

“I was very upset when we didn’t pull through but I had such a great team with the team during states,” she said. “We were so close.”

Female athlete of the year voting by The Free Lance–Star's sports staff, with first-place votes in parentheses:

TOP-FIVE IN GIRL ATHLETE OF THE YEAR VOTING

The Eastern View football team was halfway to Brooke Point High School for Friday’s scheduled game with the Black–Hawks when it got the news.

Chancellor finally got back on the football field Friday night, but crosstown rival Riverbend was approaching midseason form and came away wit…

When Robbie Jenkins thinks about how devoted his father was to his family, his mind immediately zeroes in on a moment that took place almost 2…

As the clock struck triple zeros to end Friday night's game, Spotsylvania  head coach Jeremy Jack was rewarded with a Gatorade bath after his …

James Monroe’s Ginny Beringer celebrates after scoring against Tabb during the 2019 Class 3 field hockey playoffs. Beringer led the Yellow Jackets to another strong season during the spring.