ALL-AREA SOFTBALL: Carter was a coach on the field for North Stafford
0 comments
Share this
{{featured_button_text}}
1 of 2 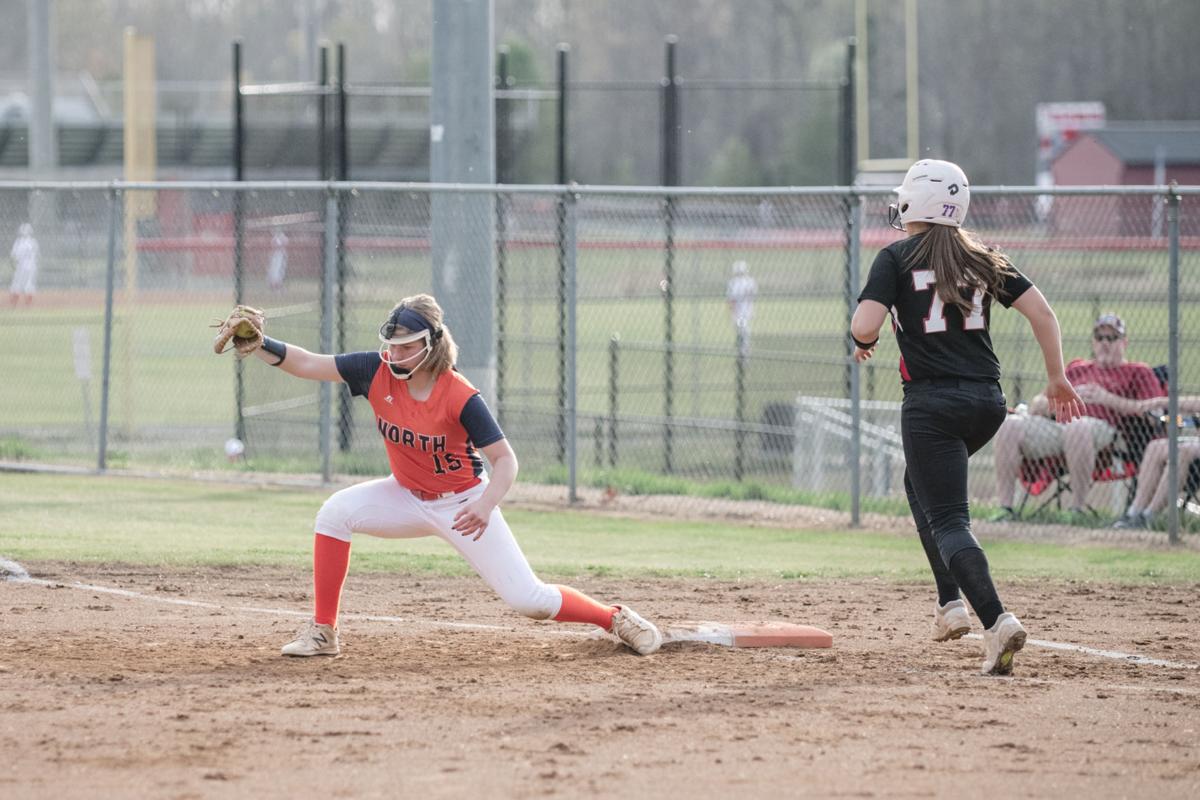 North Stafford’s Alison Carter, who batted .348 as a senior, will take her varied talents to Virginia Tech next season.

By KURT NICOLL FOR THE FREE LANCE–STAR

North Stafford’s softball players had an inkling they could be competitive with their Commonwealth District rivals, once they came together as a cohesive unit and exhibited the skill level possessed within.

The Wolverines realized their potential with a late-season surge, posting back-to-back victories over Brooke Point and Albemarle. They came tantalizingly close to achieving their goal of reaching the state tournament, suffering a 7-6 loss in nine innings to Brooke Point in the Region 5D semifinals.

A remarkable feat, considering the team was dealing with pandemic restrictions, a new coaching staff, and a roster that included seven sophomores and three freshmen. Stepping up to the plate bigtime to aid the climb to respectability were senior co-captains Alison Carter and Daya McGee.

“We won our first game, then realized the competition would be more difficult,” reflected Carter, The Free Lance-Star’s All-Area Player of the Year who will be attending Virginia Tech in the fall. “Trying to find out where everyone fit best: maximize our talent and effort.”

Carter and McGee served as role models and unofficial coaches on the field, often bringing up problems or difficulties they witnessed to head coach Katie Barbarczuk and her staff, then stepping away while they worked out possible solutions. Carter capped her three-year career by being named Commonwealth District player of the year.

“She’s a strong hitter. And she could play small ball if we needed her to get on base,” said Barbarczuk, who played for North Stafford’s varsity in 2011 and had served as the school’s junior varsity coach the previous five seasons.

For her senior campaign, Carter batted .323 and slugged .613; scored eight runs; totaled six RBIs; drew 18 walks; and 10 stolen bases. She played flawlessly in the field, committing no errors in center field and gunning out five opposing runners on the bases. She even took over mound duties in relief of McGee, who will extend her softball career at Bowie State.

Carter was a team fixture under three different coaches: Pam Kantor in her freshman year, Andy O’Brien (now coaching at Riverbend) as a sophomore and Barbaczuk this year.

Concerning her senior season, Carter said: “[Barbarczuk] was a lot of fun; an approachable persona.” Along with assistants Julie Barbarczuk, Erin Godfrey, Stephen Hibberd and Bonnie Thormen, the coaching staff wanted the players to have fun this season and for next year’s group to come back “stronger and smarter.”

Carter traced her love for the game growing up in Texas. She often played whiffle ball with her grandfather Al Carter and her father Jonathan Carter, who played college baseball at Sam Houston State.

The Carter family moved to Stafford County when Alison was in the fifth grade. She played for Kantor’s Stafford Surge travel team, then switched to the Virginia Unity--Linder as an eighth grader. Further motivation came from younger sister Katelynn, a rising junior for the Wolverines.

While having one summer travel season cut short by a knee injury, Carter has remained healthy physically during her playing career.

Two weeks into her junior year, Carter committed to Virginia Tech, admiring the program and campus scenery as well as the fact that it offered her chosen major--accounting and information systems. She also considered offers from Longwood, Stony Brook and Stanford.

Carter’s high school career also included stints with the girls volleyball and track and field teams. In school activities, she participated with the Interact Club (a community service organization) and served as secretary for the National Honor Society.

Carter credited her father with the best piece of advice imparted to her: “Enjoy the journey; not just the outcome.”

This week, The Free Lance–Star is unveiling its Spring 2021 All-Area teams. Here is the schedule:

North Stafford’s Alison Carter, who batted .348 as a senior, will take her varied talents to Virginia Tech next season.