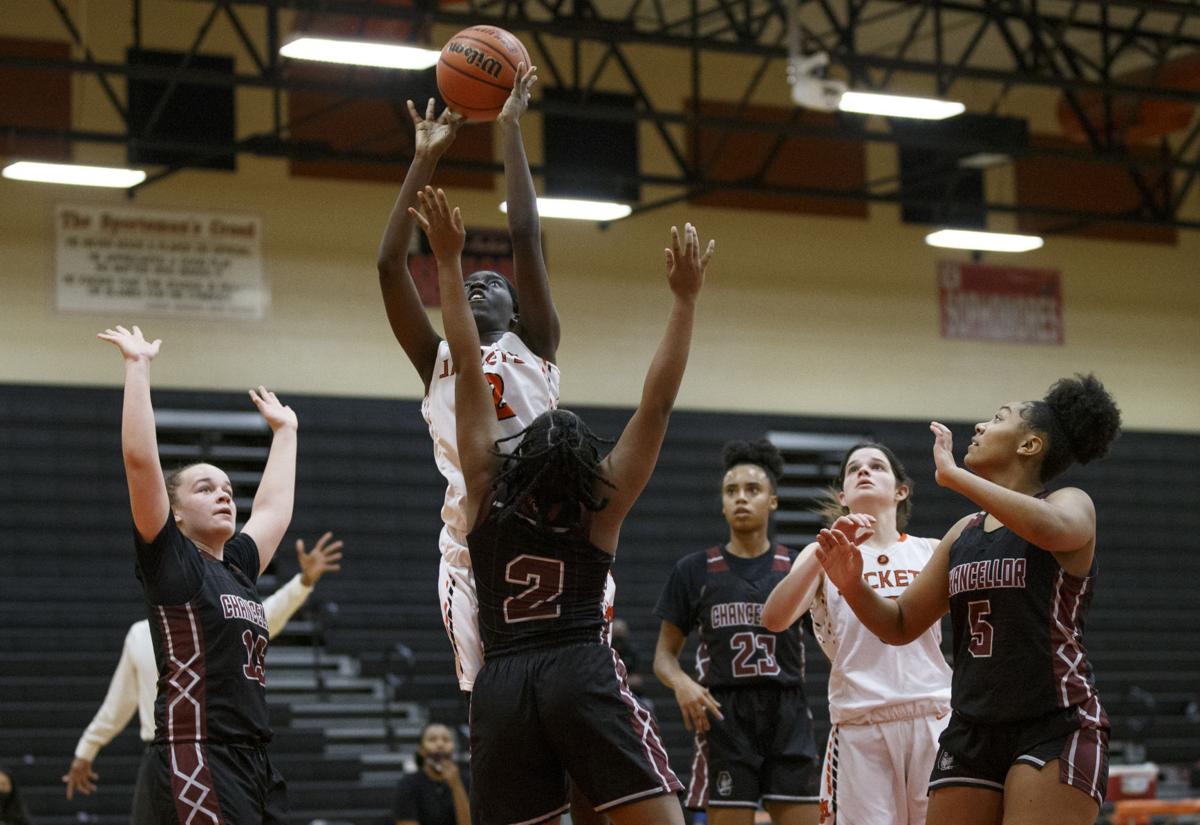 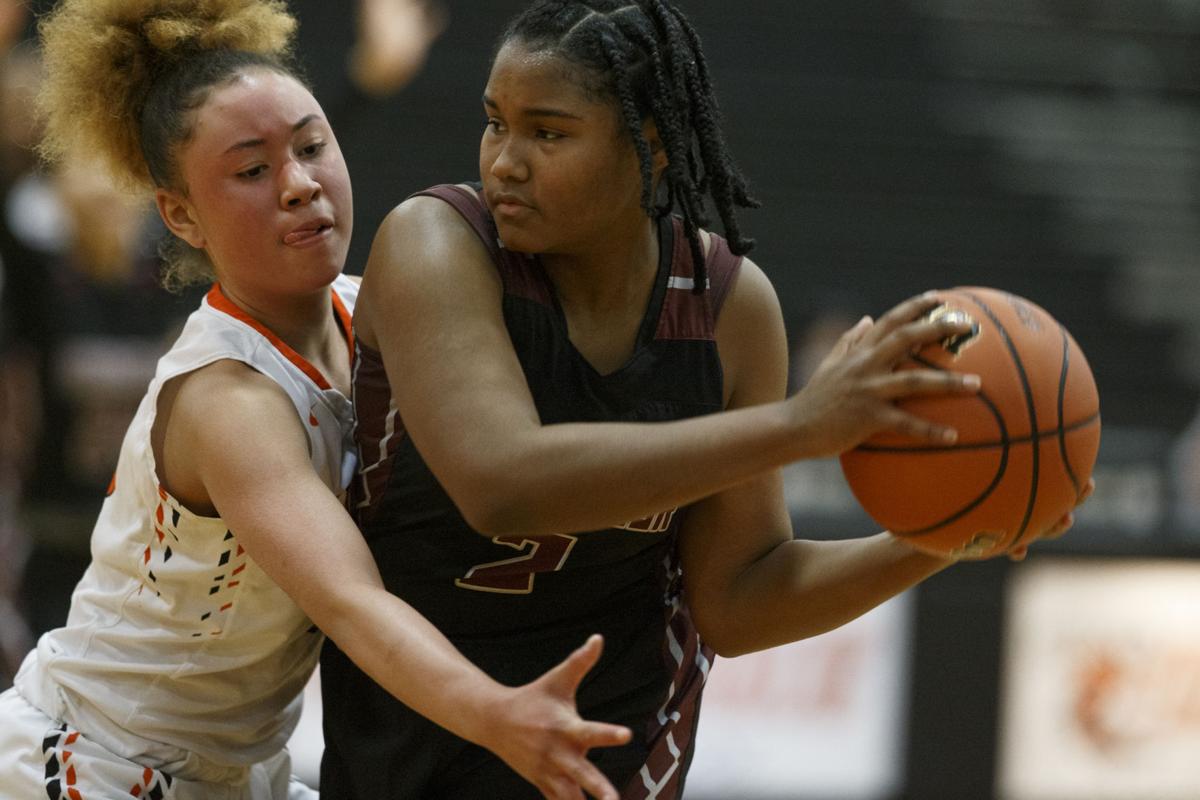 The 1-2 scoring punch of M’laya Ainsworth and Kendall Scott lifted the Chancellor girls basketball team to a 52-39 victory over host James Monroe on Wednesday evening.

Ainsworth misfired on her first four shots from the floor, but the junior snapped an 8-8 tie with a pair of baskets midway through the first quarter and was a constant scoring threat thereafter, finishing with a game-high 19 points. Scott hit a pair of 3-pointers in the opening quarter en route to an 18-point effort.

“I thought we came out strong. We were attacking and making the right passes,” Scott said. “You can’t underestimate anybody. We knew we had to come out hard and make the right plays.”

The victory lifted the Chargers’ record to 4-1, while it was the season opener for the Yellow Jackets.

With under five minutes in the third quarter, JM managed to cut Chancellor’s lead to eight (33-25), but the Chargers responded with a 7-0 run to take a firm grip of the lead.

With the Chargers playing only six players, vital contributions were required beyond Ainsworth’s and Scott’s. With starter Desirie Burrell sidelined with a sprained ankle, sophomore Enaya Melchoir picked up the slack on the boards, grabbing a game-high 10 rebounds, while freshman Kayla Mattey turned in a solid all-around game with seven rebounds, three assists and four points.

“Really inspiring the way are playing resilient,” Chancellor coach Antwan Gay said. “It was a tough loss [to King George], but they were encouraged to come back tonight. To bounce back with confidence, I was really pleased with it.”

About his team’s scoring potential, he commented: “We have four or five girls who literally can put up double digits in a game. Each one knows it could be her night.”

Being pushed harder than expected, Gay remarked: “All the years we have played JM, they have been scrappy so I told them to expect to play a scrappy team and that’s what I saw tonight.”

Nia Bryant accounted for four of JM’s six 3-pointers to finish with a team-high 16 points. The Jackets also showed signs of a solid transitional game led by Isabella Whitman, who finished with nine points.

“Just tell the girls to play basketball. That’s all you can do,” said JM first-year head coach Tameak Christopher. “They’re scrappy and definitely have heart. Any team we play, they better be prepared to fight.

“The team has a lot of strengths,” she continued. “They can drive; they can shoot the 3. We are a threat in itself, we just have to correct some minor things.”

Both teams are in action on Friday, with JM traveling to Eastern View and Chancellor at home against Battlefield District rival Courtland.