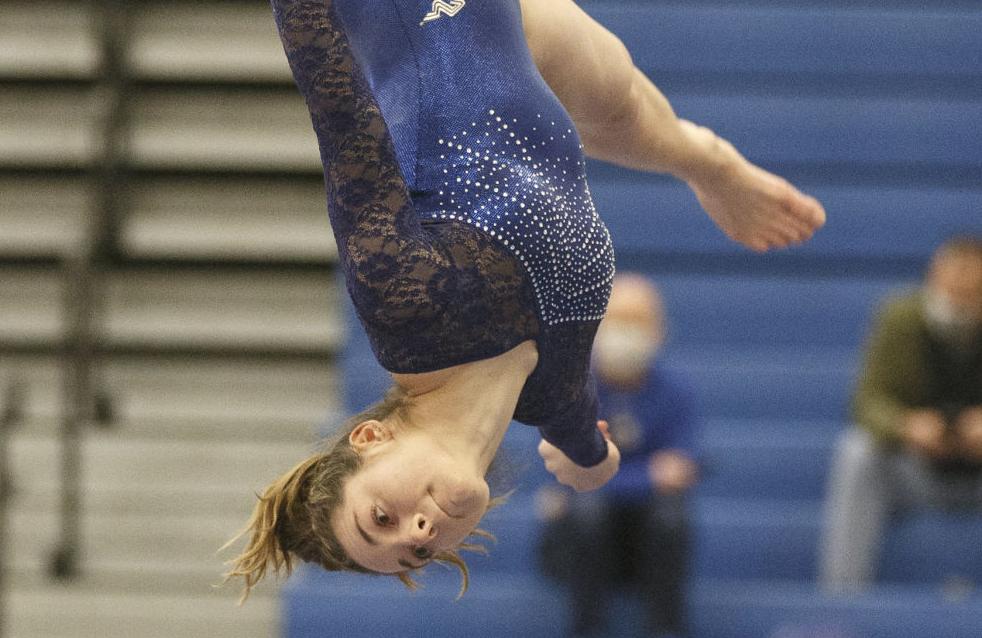 The Indians’ Sophia Housand competes on the beam during Saturday’s meet at Stafford High School. 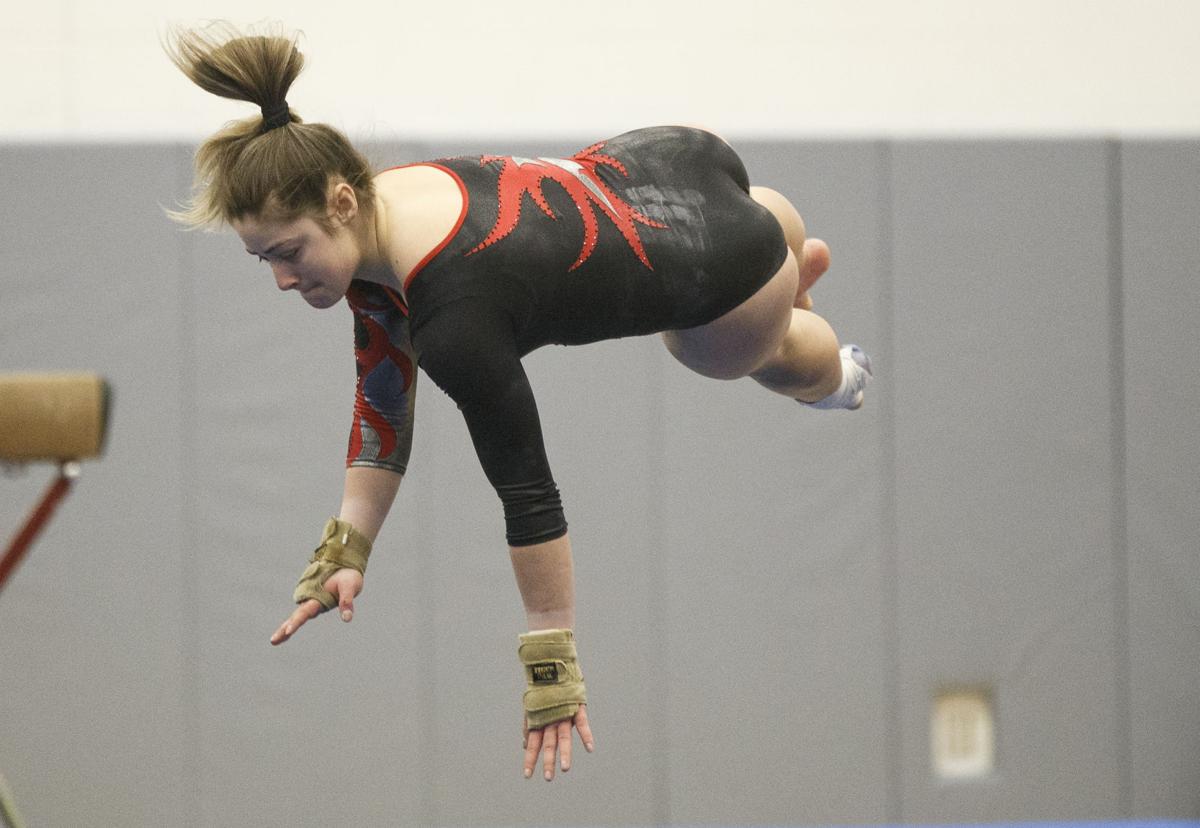 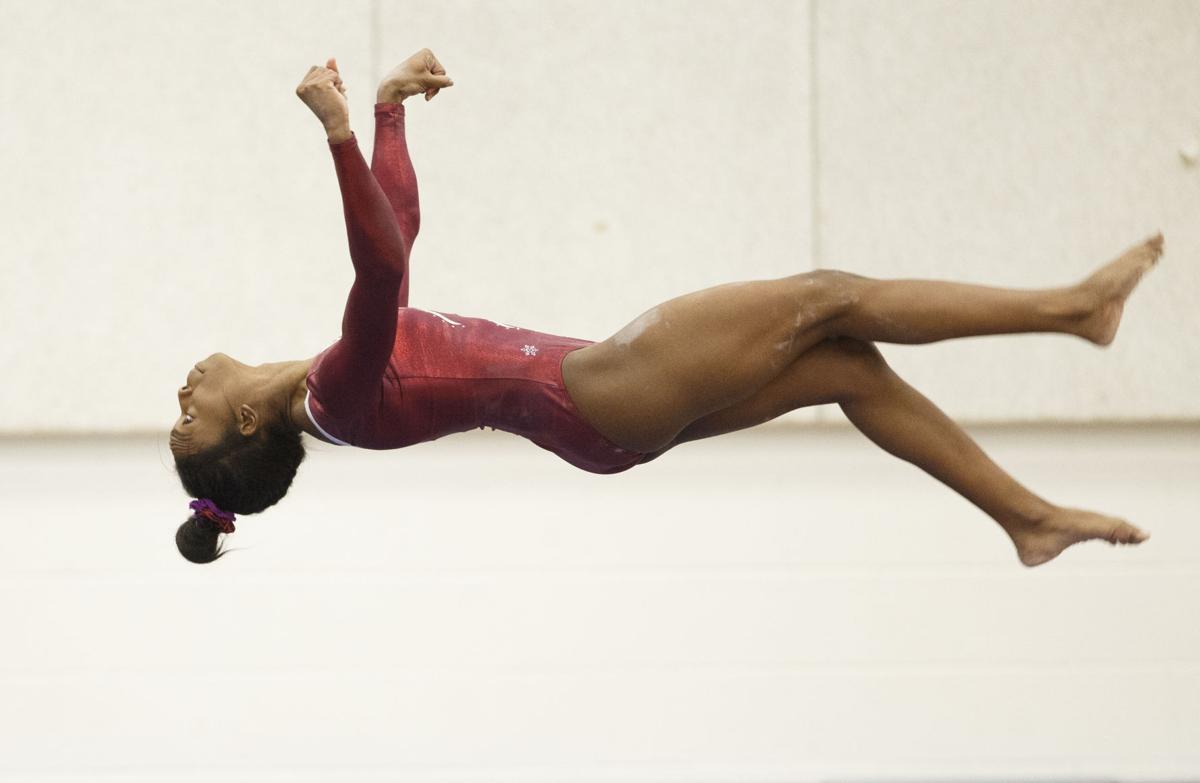 The Wildcats’ Zara Christophe gets horizontal during the beam competition at Saturday’s combination meet. 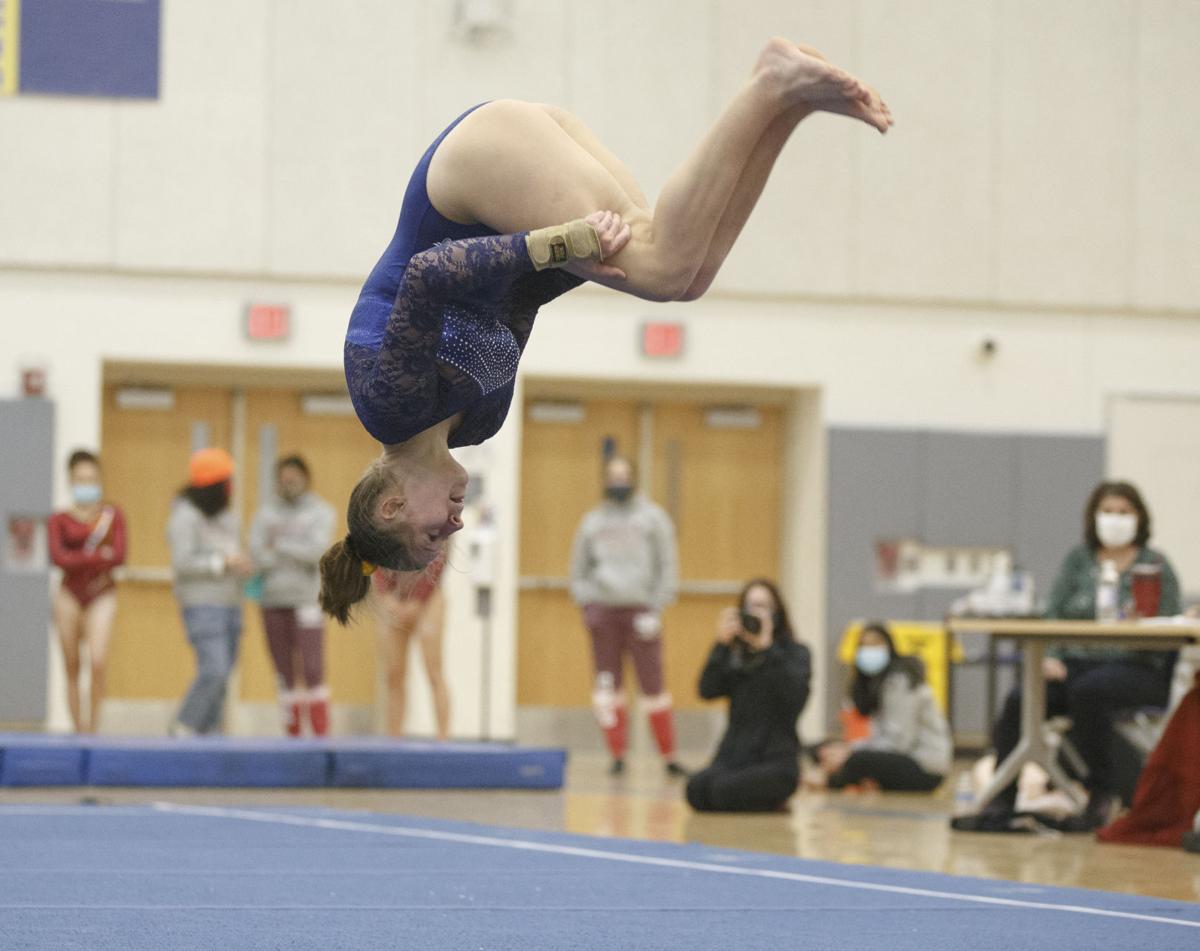 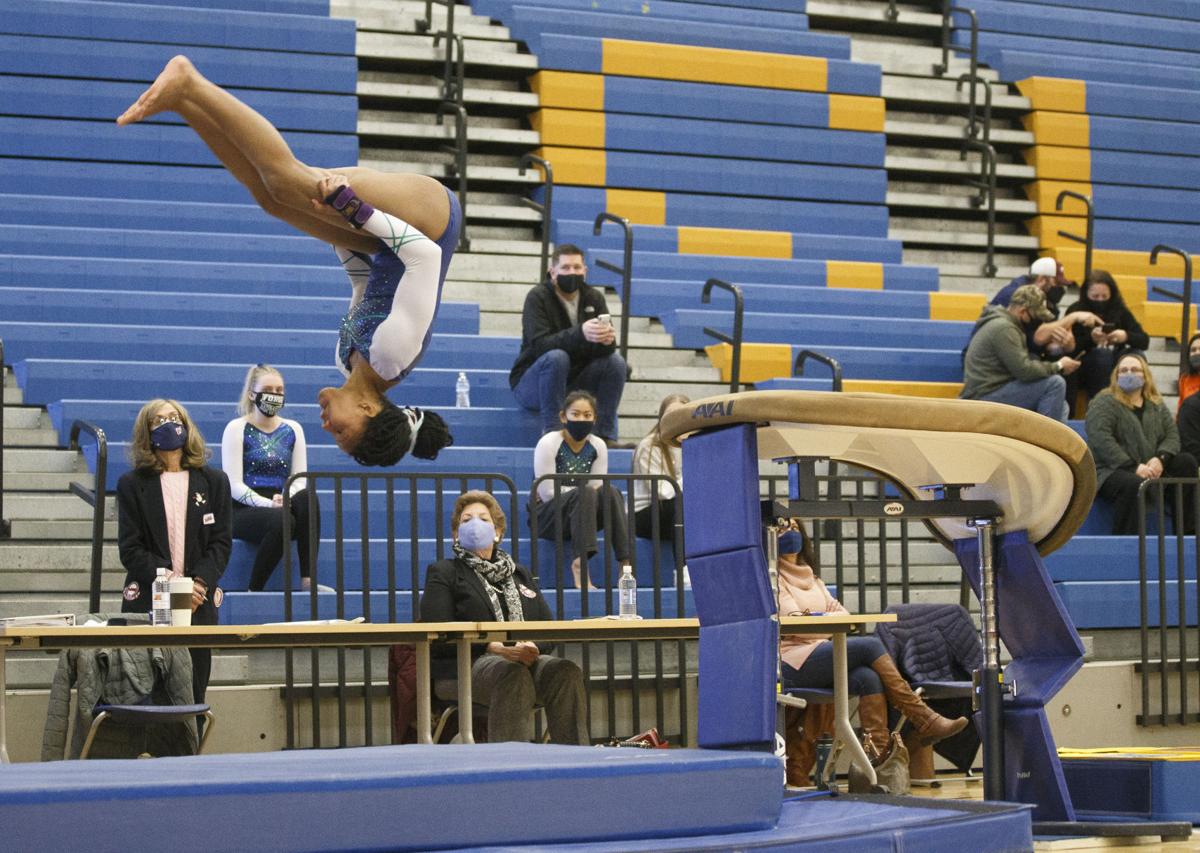 Sophia Housand of Stafford has learned to live with the title “Beam Queen” during her three years of competition with the school’s gymnastics team.

Based on Saturday’s combined Commonwealth District/Region 5D results, it appears the Indians possess a bevy of worthy contenders to inherit that recognition from the graduating senior next season. Competing in the morning’s third rotation for balance beam, Stafford’s six entries combined for a single fall, sparking the Indians to the district team crown as well as Shawn Thurston’s 10th regional title in her 22 years as head coach.

“We did really well. The girls are very motivated—excited to be back in the gym,” Thurston said. “It’s definitely showing in our competitions. ... With shorter practices and practicing only three times a week, our practices have been more intense than in the past.”

Freshman Reese Wilson was the table setter for the Indians’ big guns on beam.

“Very consistent and solid on the beam. That’s why she starts us,” Thurston explained.

Housand, who captured three firsts, admitted becoming a little emotional when she and 14 other seniors from the five competing were fêted prior to the first event. Then it was all business. “Every meet I push myself to do good. [Winning] all-around is my ultimate goal,” she said.

As region champions, the Indians will advance to both portions of the state meet scheduled Feb. 12–13 at Floyd Kellam High School in Virginia Beach. Team competition is set for Friday and individual competition on Saturday. The top three Class 5 finishers per event, plus the top two all-arounds, qualify for the latter.

“I feel we actually did pretty good,” said Spain, whose high scores included a 9.5 on vault and a 9.375 on floor. “[Tuesday’s meet] was a little shaky. We worked hard fighting through stuff instead of giving up.”

Christophe beat out Biecker for the second and final Class 5 all-state berth in all-around, 36.15 to 35.675. Christophe was runner-up in three events, while Biecker took top honors on vault. Habina captured fourth in all-around.

Colonial Forge, which will be hosting the 6B regional meet next Saturday, got a scare when sophomore Gracee Murray sustained a nasty tumble and ankle sprain on her first vault attempt. After getting OK from the on-site physical trainer, Murray made her second run without a mishap, then placed fourth on uneven bars with an 8.625 in her final event.

“I was a little confused because from my angle, I couldn’t see what happened,” teammate Spain said. “When she was down, I got scared. But Gracee’s definitely a trooper. She got up and did another one.”

Eagles’ coach Maci Winebarger viewed Patriot and Battlefield as the most likely threats to Colonial Forge’s bid to repeat as team champions.

“There are areas [we] can improve upon next Saturday,” Winebarger said. “When we get back into the gym, we have to fix things if we want to do well. We stand a good chance, but they have to put in the work.”

Junior Sophie Sterling had a strong showing, placing second on floor with a 9.475 and adding an 8.7 on beam.

The Indians’ Sophia Housand competes on the beam during Saturday’s meet at Stafford High School.

The Wildcats’ Zara Christophe gets horizontal during the beam competition at Saturday’s combination meet.