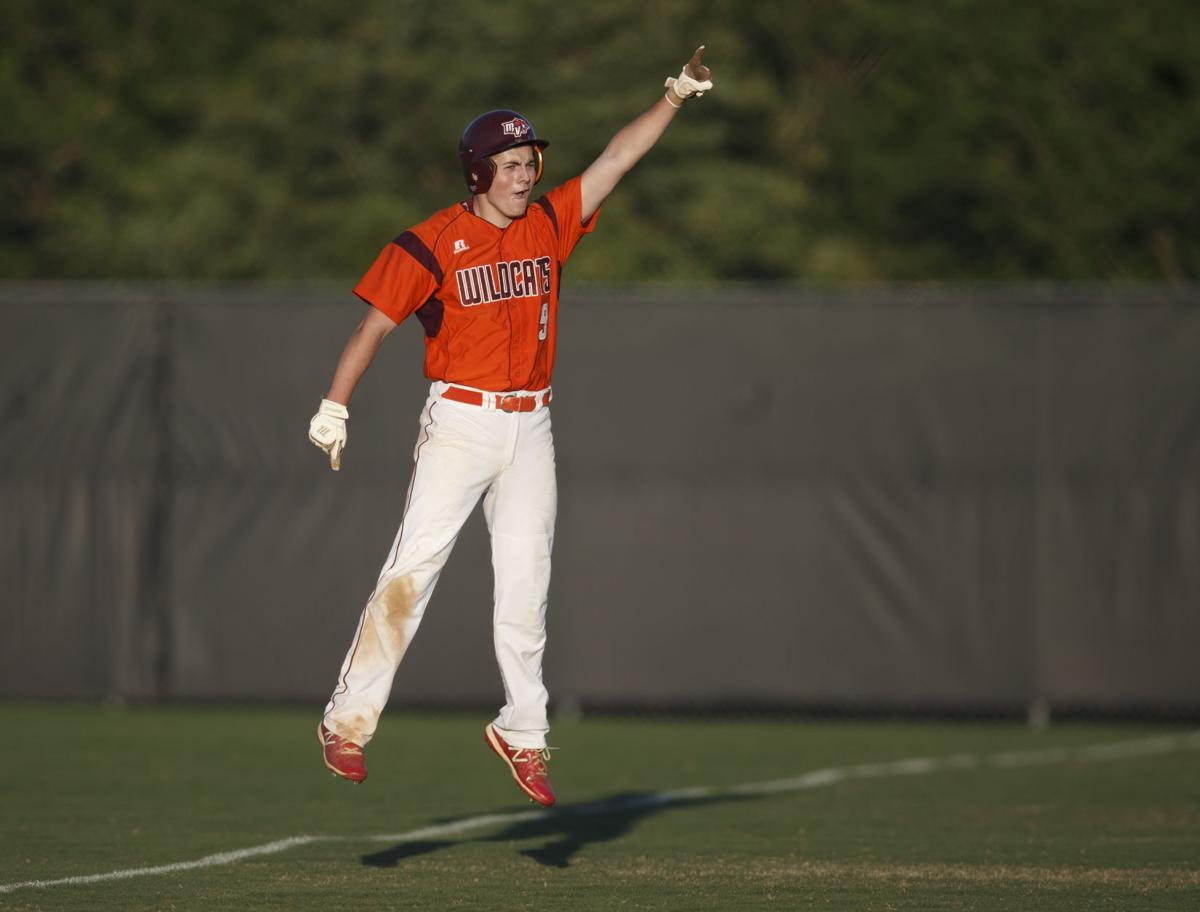 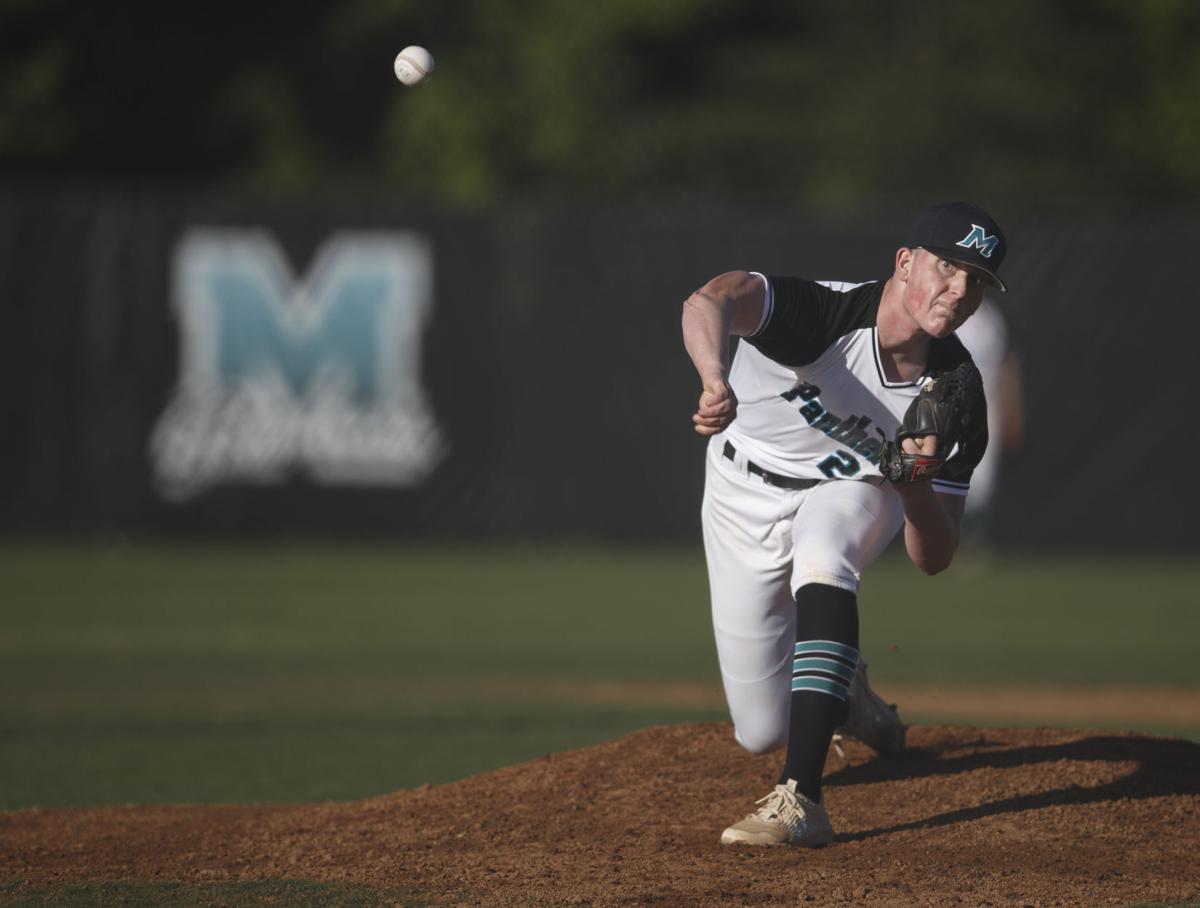 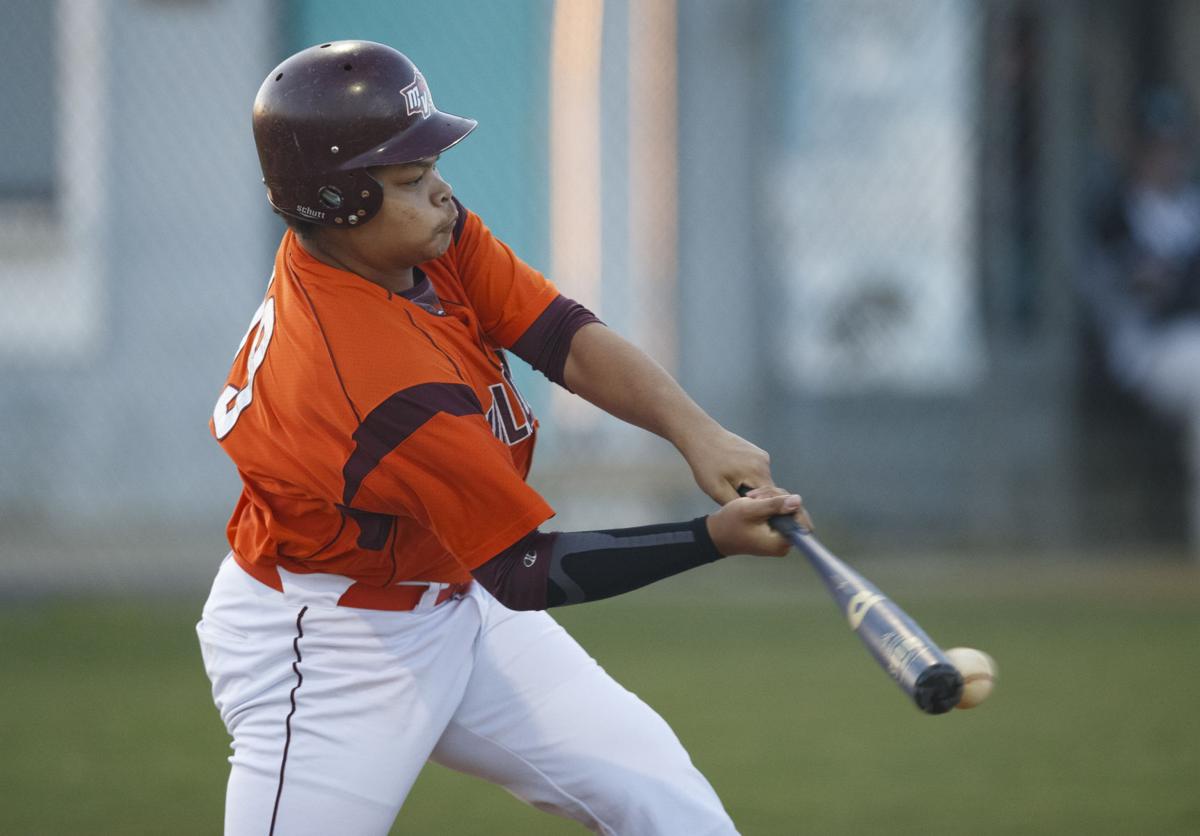 By STEVE FRANZELLO FOR THE FREE LANCE-STAR

With the way Gregory was throwing against the Panthers, that was all he needed. The Penn State-bound senior went the distance, firing a one-hitter and striking out eight as the Wildcats posted an 8-1 victory. It was their third straight win after two losses.

Gregory carried a no-hitter into the seventh before Massaponax’s Kaiden Rosenbaum spoiled it with a leadoff double down the left-field line. Rosenbaum then scored the Panthers’ only run on a groundout by Mike Shanahan.

“My fastball was working for sure,” Gregory said. “I’ve been up to 92 [miles per hour], and tonight it had to be close to that. I’m really looking forward to the rest of this season and enjoying the ride. We have a great group of guys.”

Mountain View catcher Cam Murray, another senior headed to college next year (Western Carolina) has been on the varsity with Gregory for four years and said that his performance against Massaponax (1-4) was the best of his career.

“That’s the best I’ve seen him,” said Murray, who calls all of the pitches for Wildcats coach Craig Lopez during the game. “It’s definitely the hardest I’ve seen him throw in awhile.”

The Wildcats’ victory came on the heels of their 12-2 win over Colonial Forge on Wednesday. Lopez was impressed with how his team bounced back with three victories since losing to Riverbend and Stafford.

“They’re really starting to believe in themselves,” said Lopez, the only coach the program has ever had. “Seneca pitched great tonight, we played solid defense behind him and we scored some runs.”

The defense played errorless baseball and was strong all night, especially in the infield. In the bottom of the fourth, shortstop Evan Hamill squelched a potential scoring threat with an unassisted double play on a sharp grounder by Panthers catcher Christion Gryzb.

Gregory got all of the run support he needed in the first two innings, when the Wildcats plated seven runs on just four hits. In the second, they sent 10 batters to the plate and six scored times off Massaponax starter Alex Belako.

Third baseman Britt Yount delivered a two-run single in the big inning. He was the only player in the game with two hits, and also scored three times. Murray was another contributor to the scoring outburst.

After Yount drove in Jack Beaumont and Alex Watts, he stole second and then came home on Murray’s triple to center field. Yount also played a role in Mountain View’s final run in the sixth. He beat out an infield hit, stole third and scored on a groundout by Nico Rodriguez.

Sophomore pitcher Eric Berg was a bright spot for the Panthers in defeat. Berg relieved Belako in the third and pitched four scoreless innings while giving up just two hits.

“Berg threw well for us,” said Massaponax coach Chuck Floyd. “But it was tough for us. I think [Gregory] threw only three off-speed pitches for them tonight. Baseball is a game of small details and if you don’t pay attention to the small things, it’s not easy.”

The Panthers picked up their first victory of the season after three losses on Tuesday when they rallied past Riverbend with three runs in their final at-bat.

Now that the Wildcats have gotten on the winning track, Lopez believes his team has the senior leadership to make some noise in the pandemic-shortened season. But winning is not the only thing he’s focused on.

“The win was great,” Lopez said. “But just being out here and seeing these guys enjoy themselves and playing the game is worth a lot. They’re really enjoying it, and I know I am.”

Mountain View looks for another district victory when it travels to Brook Point on Wednesday. Massaponax entertains Colonial Forge on Tuesday.

Look to the Chargers and Seahawks to make the playoffs

US Open: Can Phil Mickelson make the cut after A +4 Round 1

US Open: Can Phil Mickelson make the cut after A +4 Round 1

An injury could cost Jacob deGrom an award

An injury could cost Jacob deGrom an award

It was the school’s 11th regional crown and advanced the Chargers to the state semifinals for the seventh season in a row.

Alyssa Bosket had three hits and five RBIs to help visiting Stafford to a 7–6 victory over Mountain View in a Region 5D softball semifinal Tuesday.

The current seniors on the Brooke Point softball team were freshmen in 2018 when the Black-Hawks reached the Class 5 state championship game.