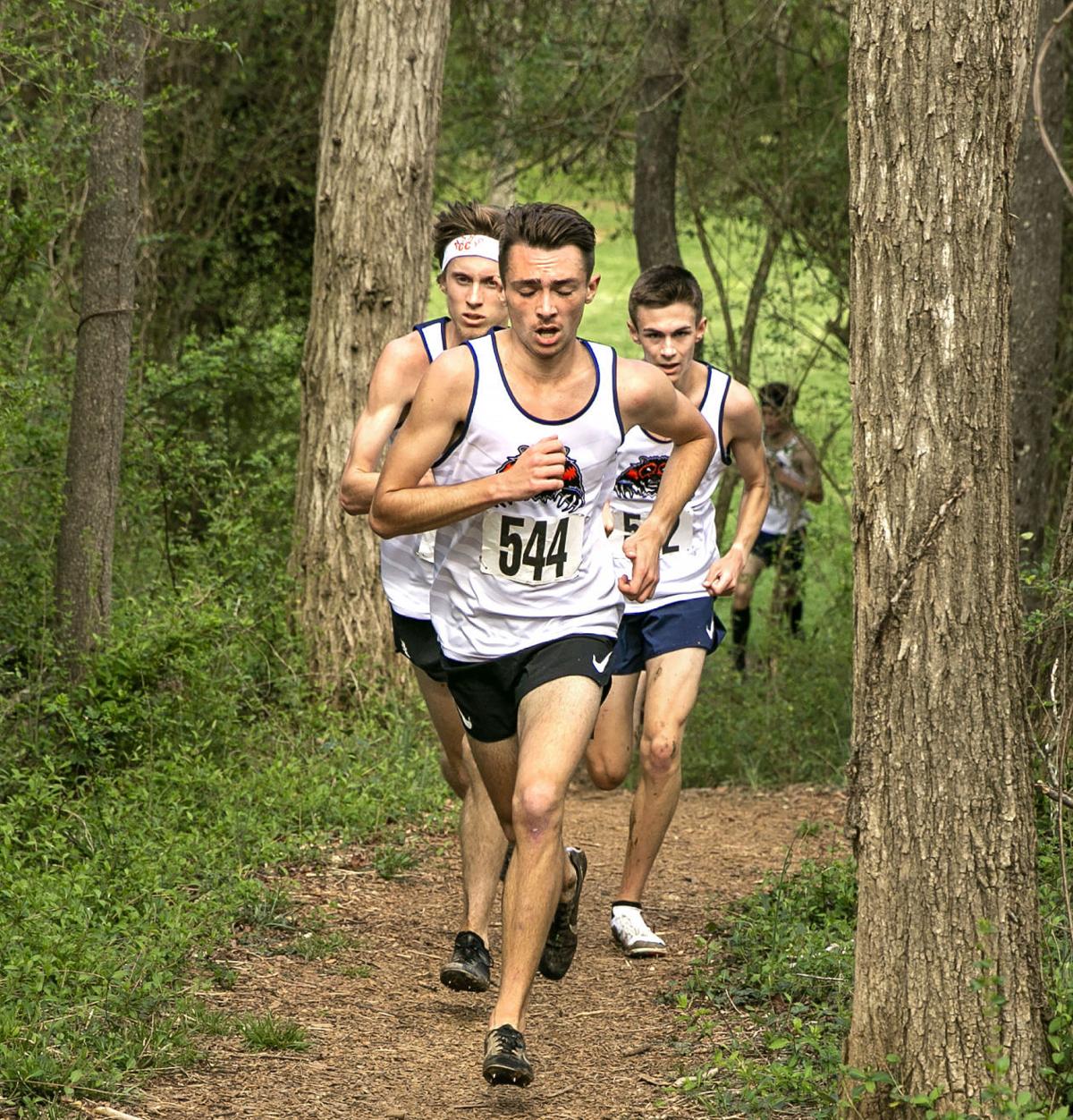 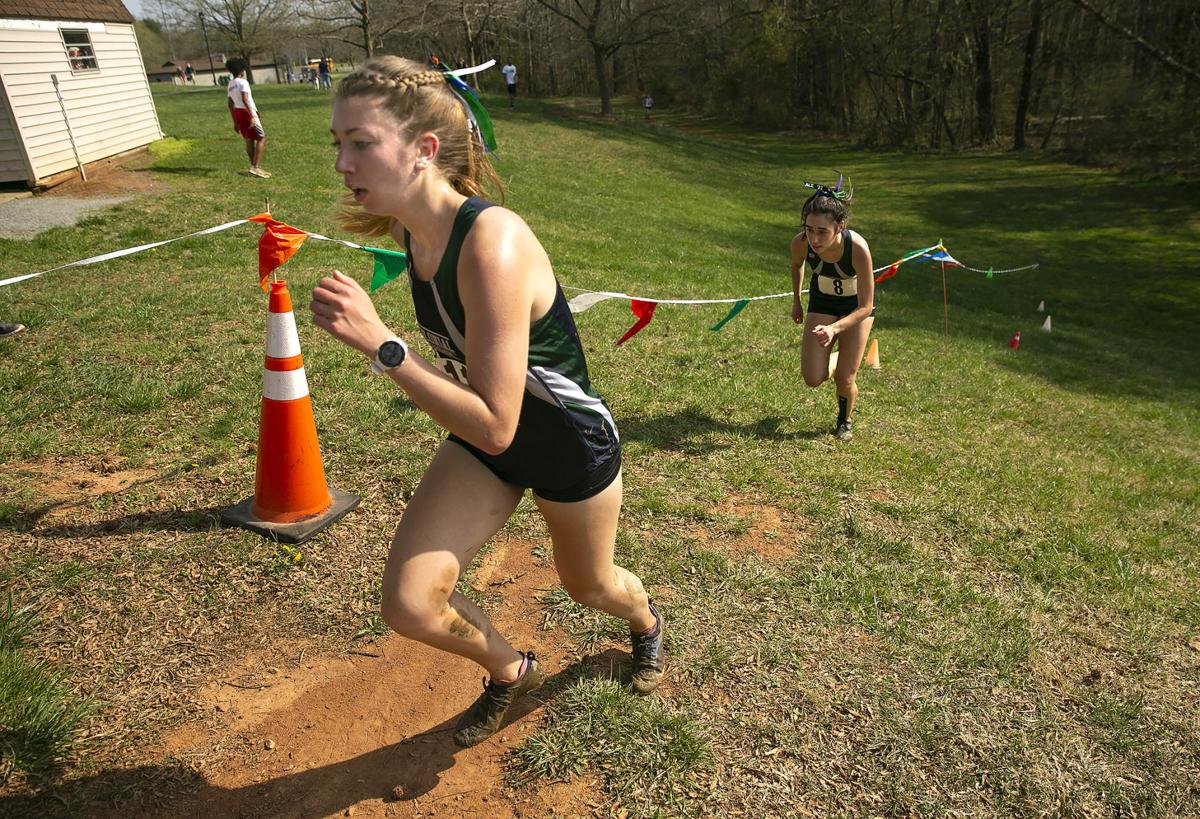 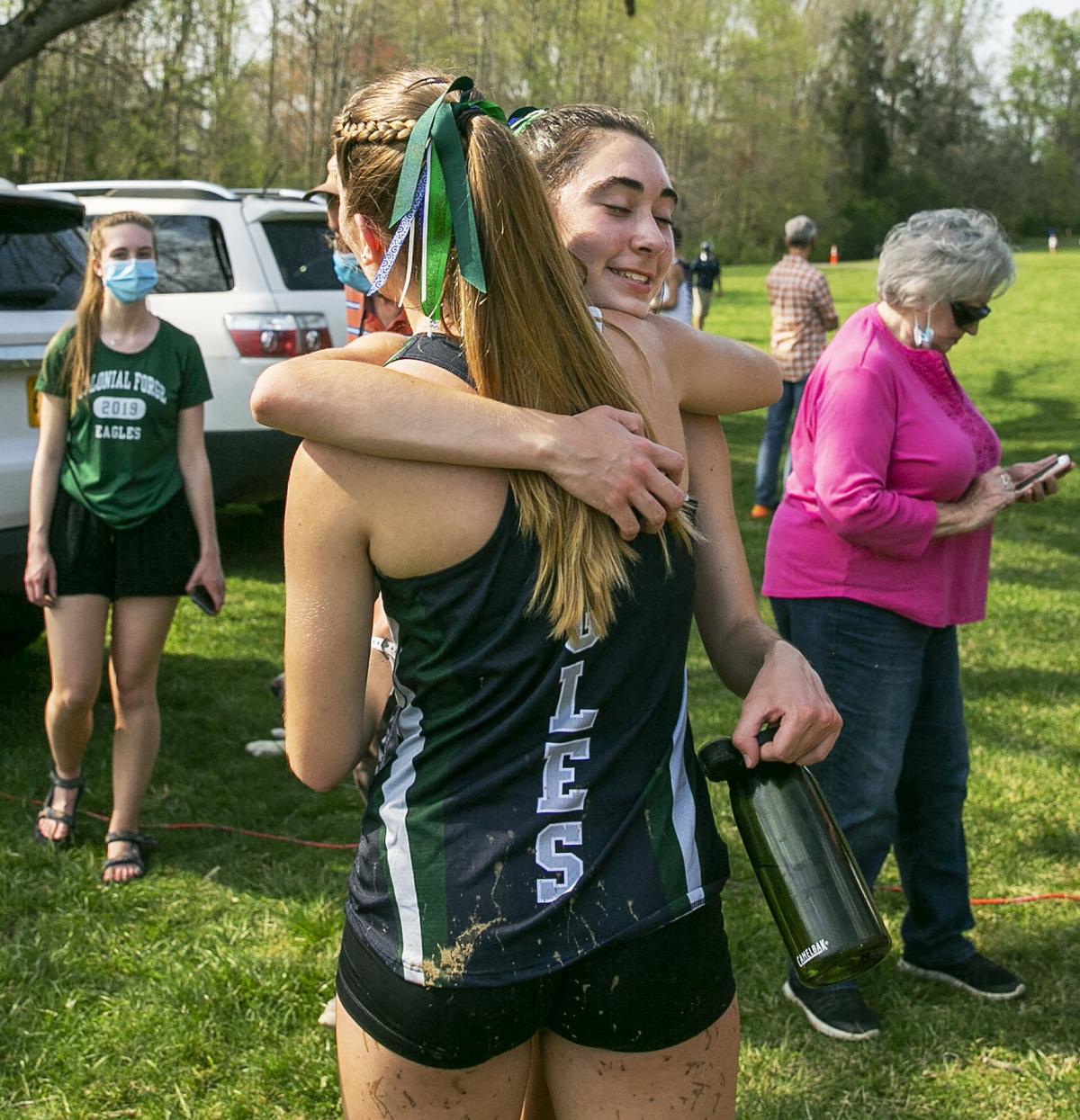 Loescher and DiClemente embrace after finishing first and second overall. 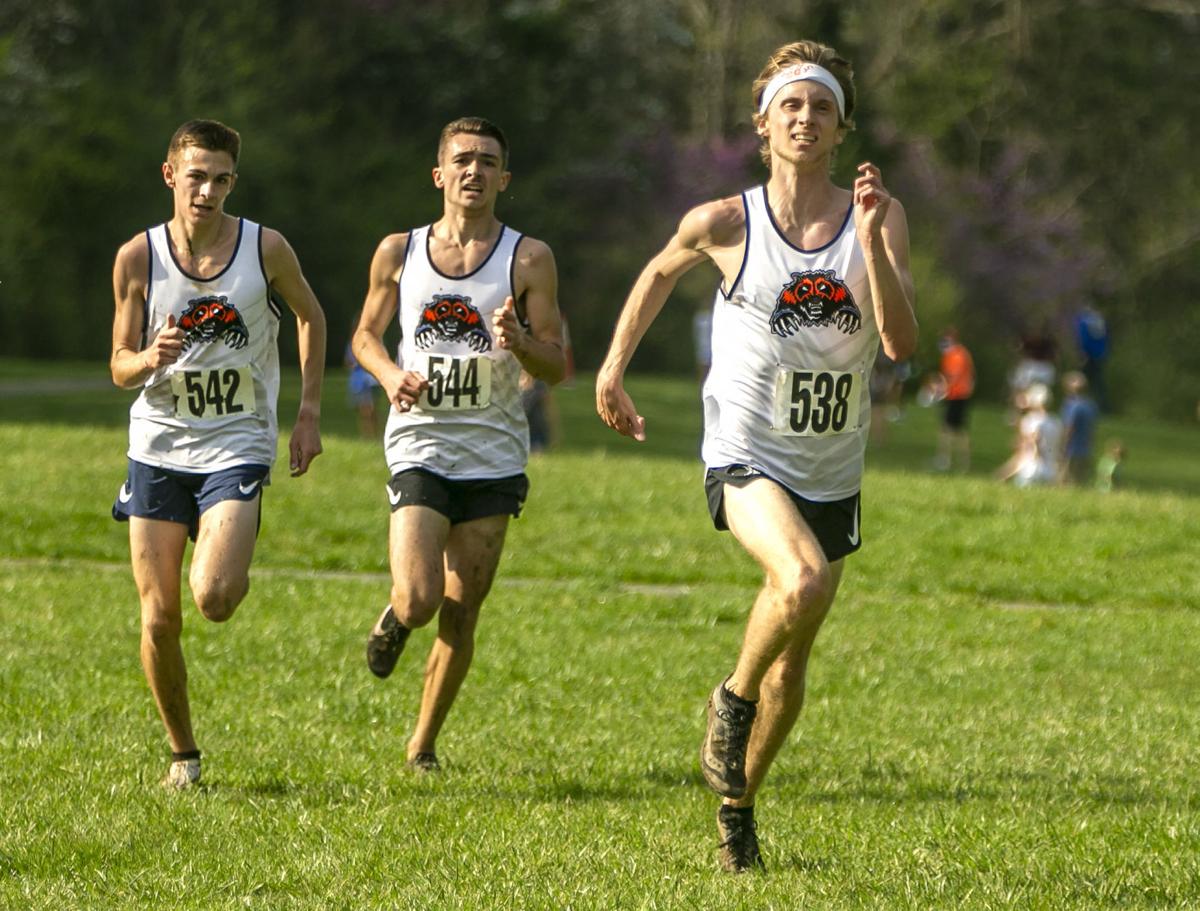 Wednesday’s Commonwealth District meets at Willowmere Park in Stafford County were marked with high expectations and high humidity. Colonial Forge placed four runners in the top 10, led by Kayla Loescher and Ali DiClemente, as the Eagles captured their fourth district title in a row. A 1-2-3 finish by Noah LeCain, Joshua Webb and Samuel Yarkulis Jr. accounted for North Stafford’s success on the boys’ side.

“We agreed to work together the first half,” Loescher explained the duo’s strategy in the 5K event. “Then the second half, race it and see what happens. She [DiClemente] did amazing, gave everything she had. And so did I. Just the way it worked out.”

Loescher claimed her first district crown in four appearances, finishing in 20:28.7. The Hillsdale (Mich.) College-bound senior was bothered by a stress fracture in the 2019 event and had trouble walking after the race ended. She came in a positive frame of mind, though, after achieving a personal best of 19:18 competing at the Richmond Invitational last Friday.

DiClemente had her own health issues (shins), coming off a week-long break following her indoor winter season but still managed a runner-up finish in 21:04.6.

“The seasons are so quick. It’s been difficult to get into a grove,” the junior said. “It was difficult because states were so late, but I think we’re in a pretty good routine now.”

“It was a lot muggier than I expected. I’m drenched,” said third-place finisher Emma Wunderly of Mountain View. “I was trying to stick toward the front, trying to help my team get a good position--to do our best.”

Both Colonial Forge and Riverbend girls and boys teams advance to the Region 6B meet on April 17 at Great Meadows in Fauquier County. Lola Garvie of Massaponax also qualified following her 11th-place finish.

“We pieced together a team; brought half a team back and found a way to do it,” said meet director Van Green of Colonial Forge. “Also proud of our guys, they’re learning to become winners. They represented themselves well.”

DiClemente added: “He [Green] wanted us to work hard, go out there and give it our best.”

“It was definitely a good time and I’m proud of it,” LeCain said. “We were pushing each other back and forth, switching positions a lot as we came through each mile. One of us taking the lead and giving us that draft to make it easier for ourselves.

“We haven’t been in the limelight. We haven’t had a solid team like this in a long time. . . . Coach [wanted us] to have that racing mentality: If we don’t show that we got it at the end of year, what was it all for?” he concluded.

Coach Brian Maynard indicated his team worked extra hard to improve after finishing three points behind boys team champion Stafford for the 2019 season. He also credited its success to first-year coach Matt Schaefer, who was taking a break before pursuing a law degree. “His knowledge has been invaluable,” Maynard said of the one-time Wolverine athlete. “His ability to plan our workouts made them ready to do what they did today.”

The Class 6 and 5 state meets are scheduled April 26 at Oakton’s Plantation course.

Kelsey Reviello had been raised with two athletic older brothers and a baseball coach for a father. But it took her a while to join in on the …

During the pregame player introductions, Colonial Forge goalie Jaedia Rodgers was on crutches and gave a slight nod when her name was called. …

Loescher and DiClemente embrace after finishing first and second overall.