Surge in state revenues shows 'economy is coming back' 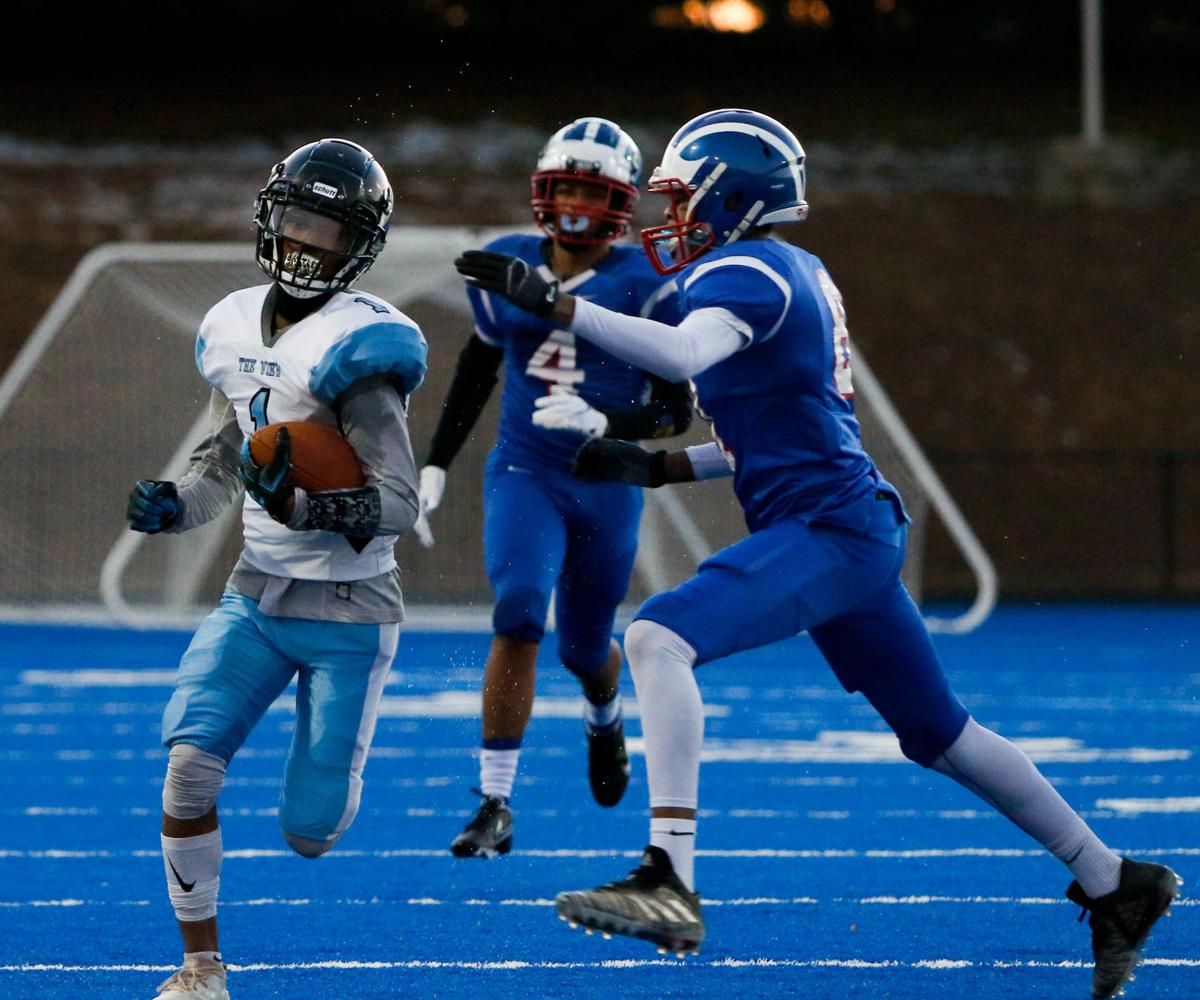 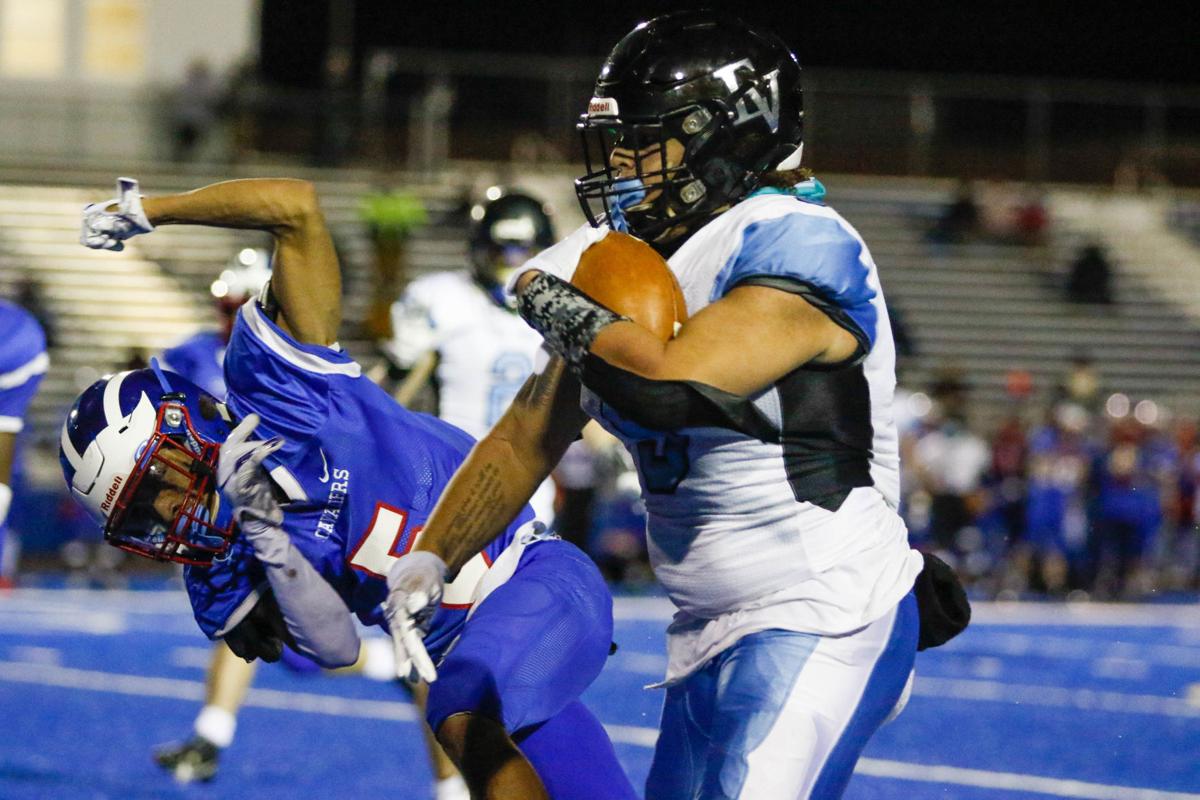 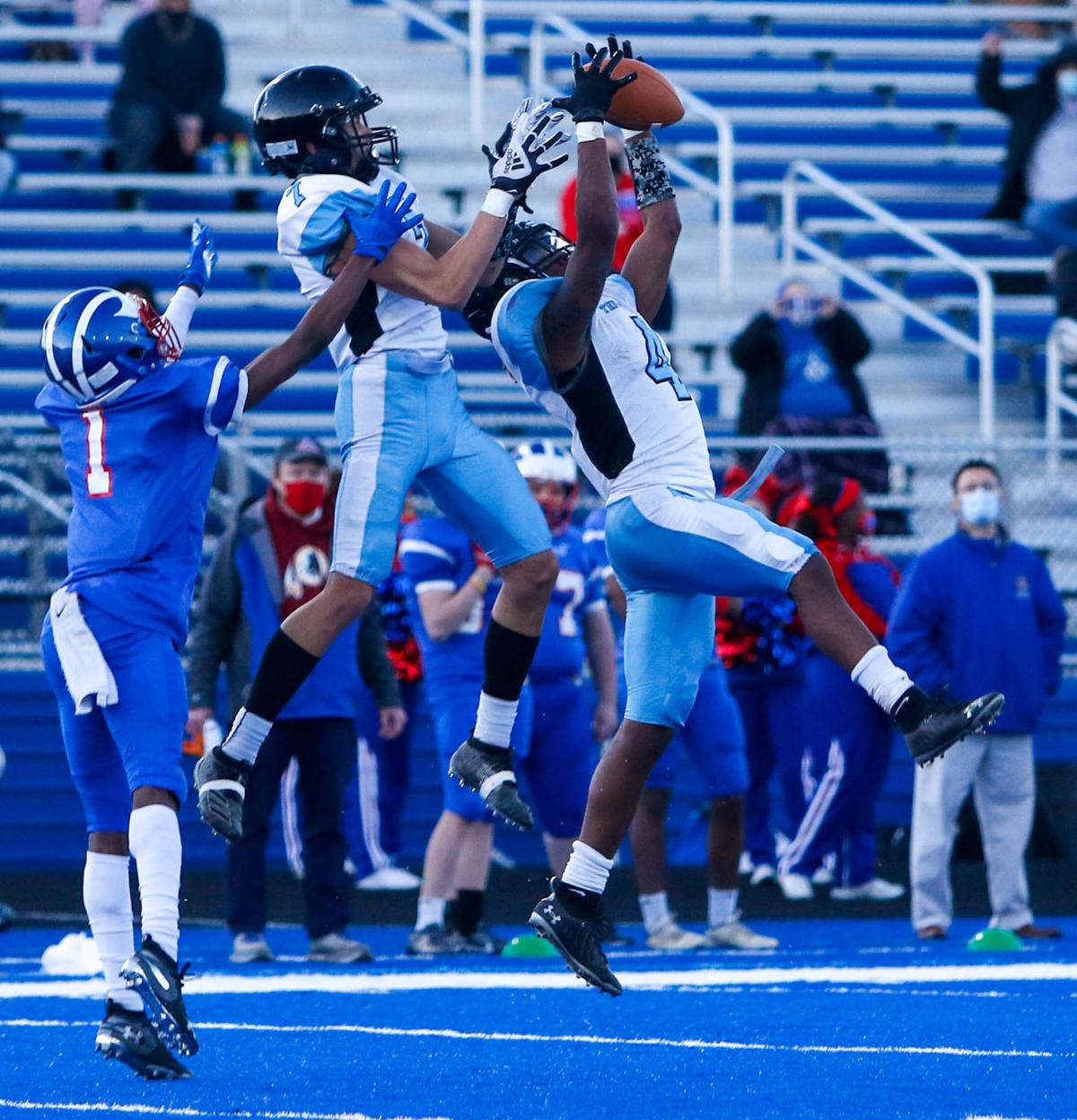 Raq Lawson (4) makes a leaping interception for the Cyclones.

Entering Tuesday night’s season opener, Eastern View had outscored Caroline by a combined 199–20 in the last three meetings between the two teams.

This time around, the Cavaliers gave the Cyclones all they could handle—and then some.

Josh Logan’s 55-yard interception return snapped a 12-all tie with 2:23 left to play, and Eastern View needed touchdowns in all three phases of the game to hold off Caroline for a hard-fought 20–12 Battlefield District victory at Courtland High School.

“It wasn’t pretty,” Cyclones head coach Greg Hatfield said afterward. “First game back after a long layoff, not much practice time due to the pandemic and the bad weather we’ve had ... we weren’t all that sharp, but we made the plays we needed to in order to win the game.”

Logan’s pick-six was the second of his two huge plays in the second half.

After the Cavaliers went three-and-out on the opening possession of the third quarter, Logan appeared to be unsure of whether he was going to field a punt by Caroline’s Shawn Surles or let it roll. But when the ball short-hopped him and hit his leg, he had no choice but to scoop it up and take off. He found daylight along the right sideline, racing in for a 49-yard score to give Eastern View a 6–0 lead.

“I misjudged it,” Logan said of Surles’ punt. “I thought it was going to be short so I tried to get out of the way, but then it touched my leg so I had to pick it up.”

After the Cavaliers’ Myles Holmes capped a 14-play, 87-yard drive with a 4-yard touchdown run that tied the score again at 6–6 early in the fourth period, the Cyclones answered quickly with another big play.

Taking a handoff from quarterback Caden Huseby, Chaz “Mikey” Keen burst through the line, steered to the left sideline and scampered 55 yards to put Eastern View back on top 12–6 with 8:33 remaining.

“The hole was open as soon as I took the handoff,” Keen said. “I had to make my own play after that and shake off two defenders, but when I saw green grass I was gone.”

Undaunted, Caroline put together a four-play, 62-yard march. Damien Smith’s 32-yard reception on the first play set up a 25-yard touchdown jaunt by Dominque Washington that tied things at 12 apiece and set the stage for Logan’s interception.

On the fateful pick, Cavaliers quarterback Davon Sims was under heavy pressure from multiple Cyclone pass rushers. With a pair of receivers running routes into the right flat, he made a desperation throw that Logan said he simply telegraphed.

“I saw the two [split] ends run little out [routes], so I looked at [Sims] because I figured that’s where he was going to throw it,” Logan said. “I just told myself, ‘I’ve got to get it,’ and I jumped the route.”

Caroline had one final opportunity on the ensuing possession, but Raq Lawson intercepted a Holmes pass and returned it to the Cavaliers’ 25-yard line, allowing Eastern View to salt away the final 1:55.

“It was a total team effort tonight,” said Lawson, who collected a pair of interceptions from his safety slot and rushed for a game-high 138 yards on 25 carries. “That’s what it’s going to take every time out to win in this district.”

“We tell the kids to have grit,” he said. “That word has a special meaning for us. They showed that grit tonight, and now the challenge is to prepare for Courtland in four days.”

Eastern View returns to action on Saturday when it welcomes James Monroe for a 1 p.m. kickoff. Caroline returns to Courtland to face the host Cougars at the same time on the same day.

No one could blame Louisa for labeling Chris Cox a secondary concern when crafting its defensive game plan for Friday’s Region 4B semifinal. T…

When a football team allows its opponent to run more than twice as many offensive plays as it does, the outcome is typically not desirable.

Despite earning first-team all-Battlefield District honors as a junior running back at King George High School, Javon Campbell had a feeling h…

The Spotsylvania Knights wrapped up their COVID-shortened season, the seniors’ high school careers and the turnaround of the school’s football…

The Edward brothers, Trevin and Brycen, were in fine form Friday evening. But it took two big plays by teammate Jarod Washington to ensure Cha…

Paityn Walker had 31 assists and 11 digs, and Baylie Ostvig supplied 12 kills, five digs and three aces to help Colonial Forge finish off an u…

Raq Lawson (4) makes a leaping interception for the Cyclones.