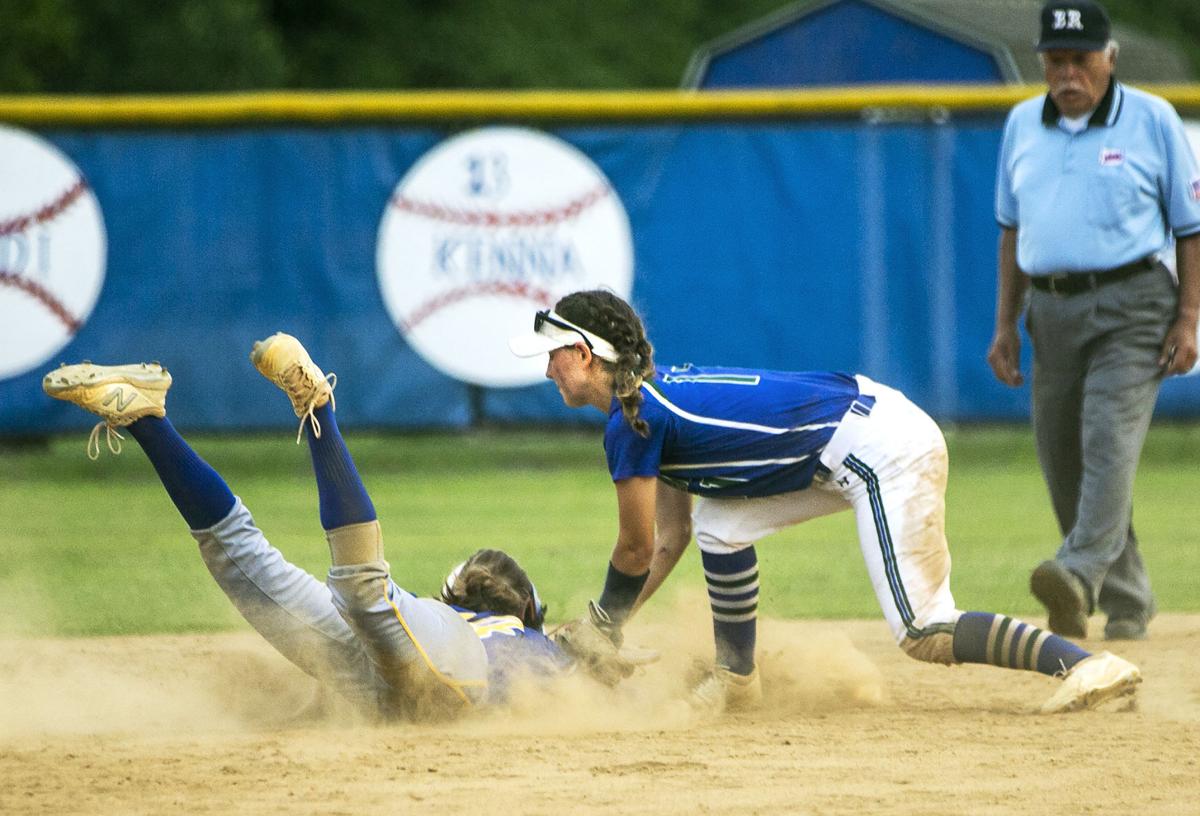 The Bears’ McKenzie Snell puts the tag on the Yellow Jackets’ Jessika Seader before she can reach second Friday. 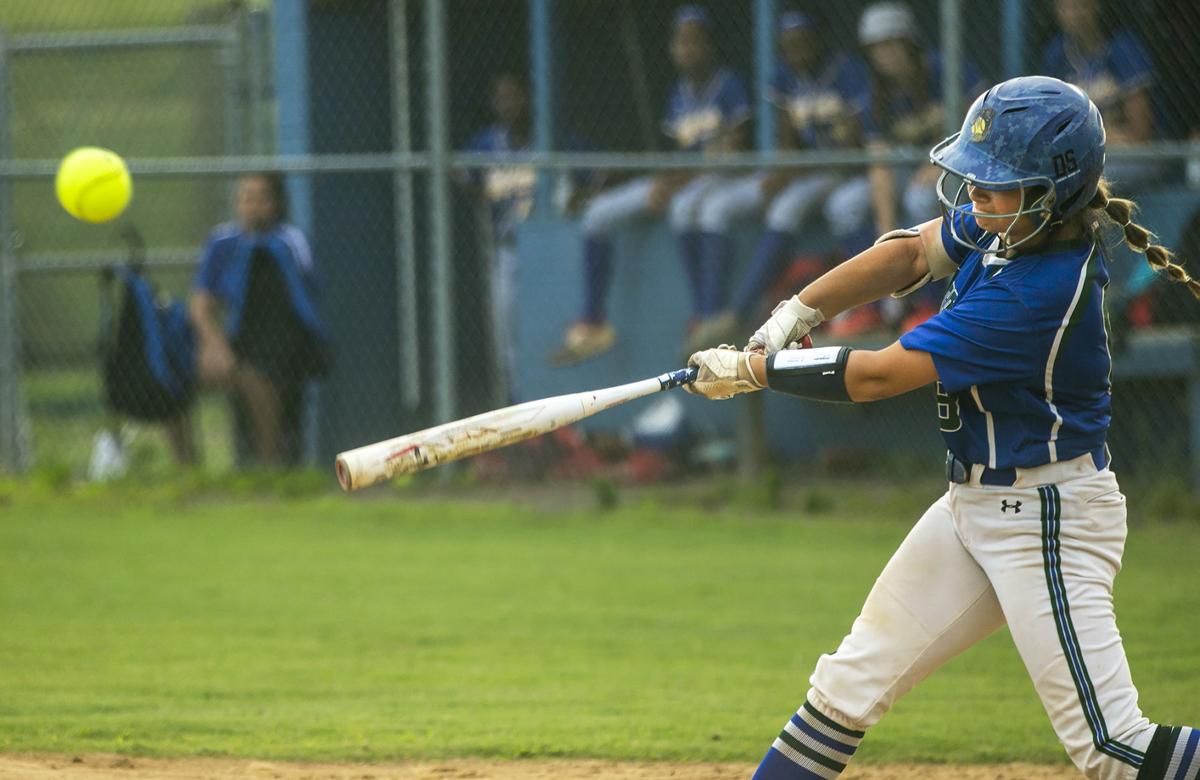 Riverbend’s Hannah Rubino connects for a single in the top of the fourth inning. 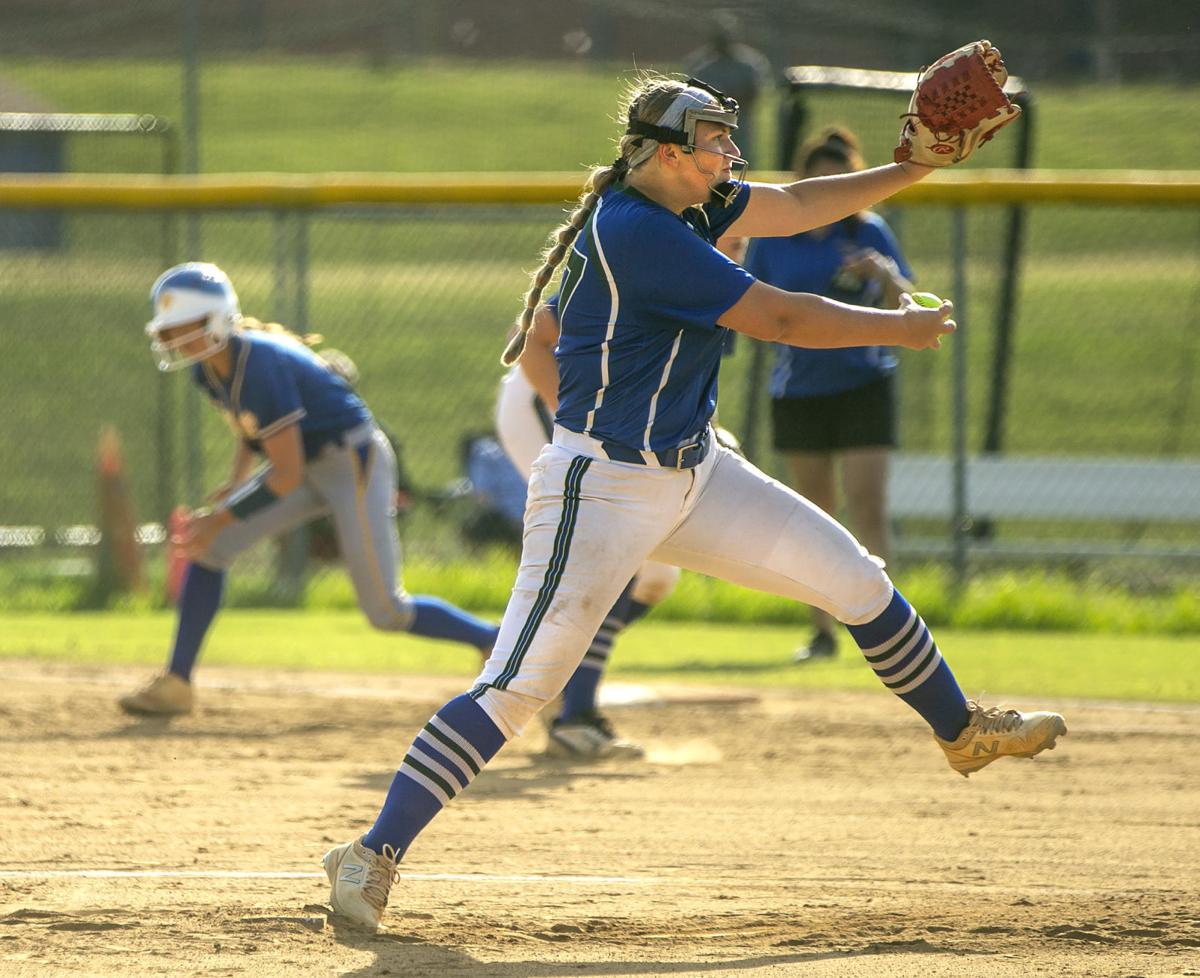 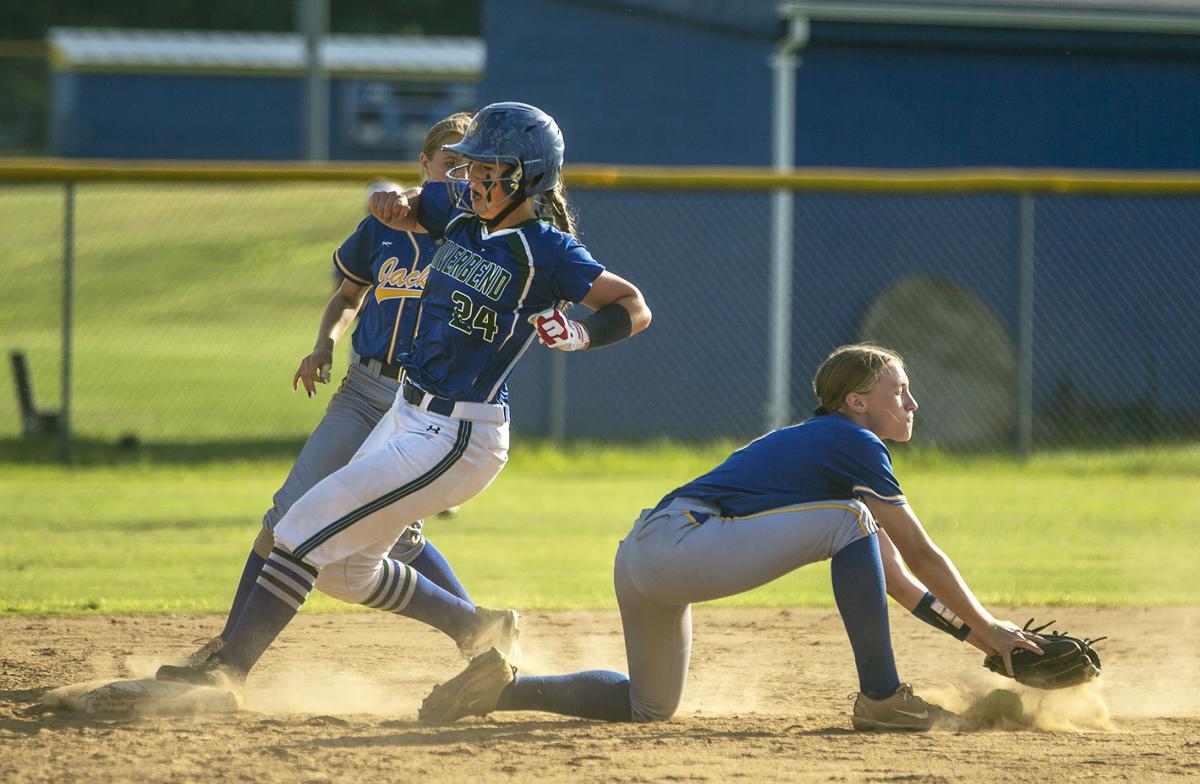 MANASSAS—An early five-run deficit against a Division I-bound pitcher might seem an insurmountable obstacle, from both a practical and psychological standpoint.

Riverbend’s resilient softball players kept giving themselves chances in Friday’s Region 6B final against Osbourn Park. “I definitely thought we had it in us,” senior shortstop McKenzie Snell said.

Inning after inning, the Bears chipped away. But they couldn’t deliver the clutch hit against OP junior Alena Hillyard, who got the outs she needed in a 5–4 victory that sent the Yellow Jackets into next week’s state semifinals and left Riverbend (12–3) one win short of its first regional title.

“That was a fantastic effort,” Osbourn Park coach Patrick DeRosa said of Hillyard. “She’s been in those situations before. She’s a very smart pitcher. She knows what to throw, and she gets the big strikeouts when she needs them.”

Hillyard, the Cedar Run District player of the year who has committed to Eastern Kentucky, fanned 12 Bears on the night. That included one to end the third inning and two more to close the fourth—both times with the bases loaded. She also snuffed out an eighth-inning rally with a strikeout and stranded 11 runners on the night.

“We had our chances,” Riverbend coach Andrew O’Brien said. “We just couldn’t get that big hit when we needed it.”

The Bears’ uphill battle began after Osbourn Park posted five runs in the bottom of the second inning. No. 9 batter Madison Brewer delivered a two-run single to break a scoreless tie, and Hillyard sliced a double—one of her two two-baggers on the night—just inside the left-field foul line to bring in two more runs.

If the Bears were demoralized, they didn’t show it. Said Snell: “We’ve battled back from behind in a lot of games this year.”

Riverbend immediately got two runs back in the top of the third on consecutive singles by Snell, Kaylee DeJesus and Courtney Jamison, plus Carley Romine’s sacrifice fly. They brought the potential go-ahead run to the plate in every inning except the fifth.

“They had a good approach against Aleena,” DeRosa said. “They put the bat on the ball and got a lot of ground balls.”

Meanwhile, Romine kept the Yellow Jackets at bay, allowing only one hit (a double by Hillyard) after the second inning. The Bears pulled within 5–3 in the sixth on freshman Roxanne Hensel’s RBI single and made it 5–4 on the night on a run-scoring hit by Hannah Rubino, who reached base in all four of her plate appearances.

“We had five incredible seniors, and they put the locomotion into this team,” O’Brien said.

Detroit Lions embrace being underdogs in 2021

What will it take for the Giants to take down the Dodgers?

What will it take for the Giants to take down the Dodgers?

What impacted the line move on the Dodgers?

What impacted the line move on the Dodgers?

ALL-AREA SOFTBALL: Carter was a coach on the field for North Stafford

North Stafford’s softball players had an inkling they could be competitive with their Commonwealth District rivals, once they came together as…

The Bears’ McKenzie Snell puts the tag on the Yellow Jackets’ Jessika Seader before she can reach second Friday.

Riverbend’s Hannah Rubino connects for a single in the top of the fourth inning.