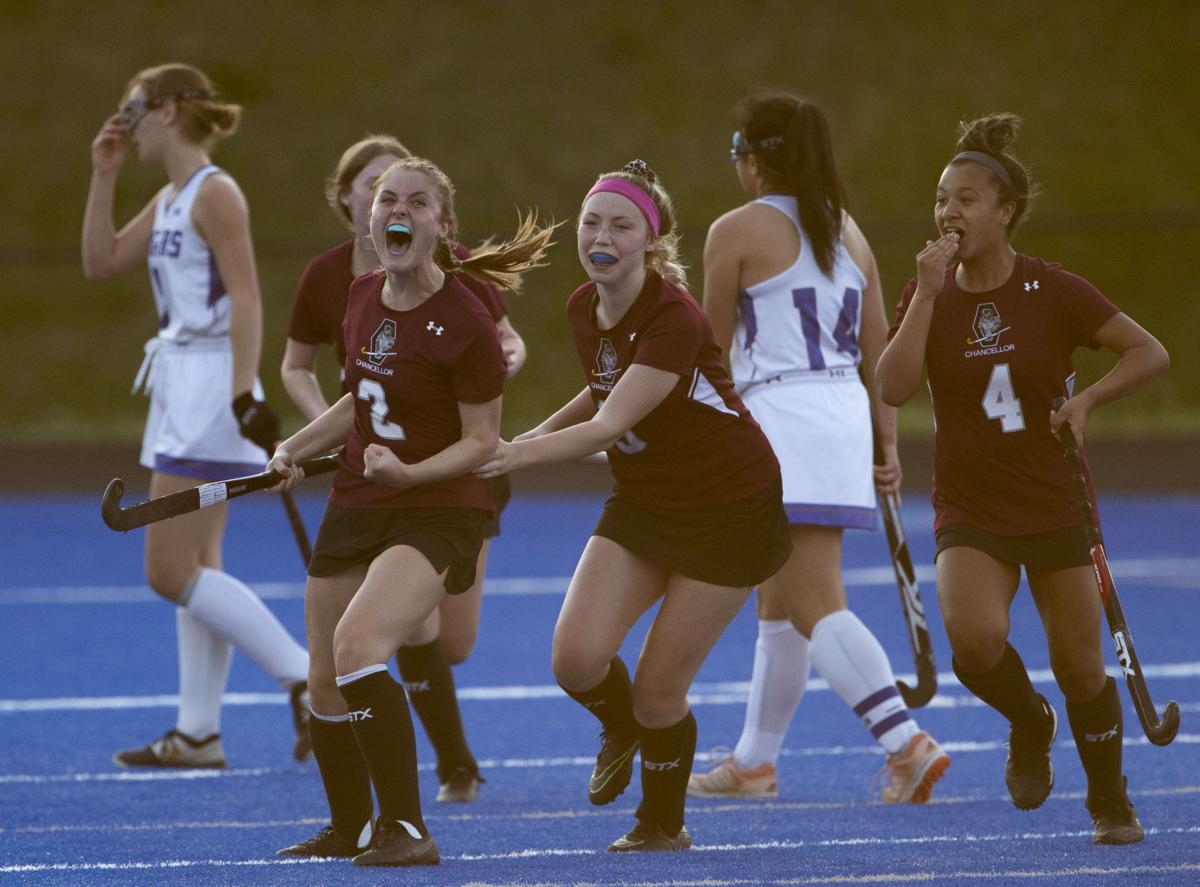 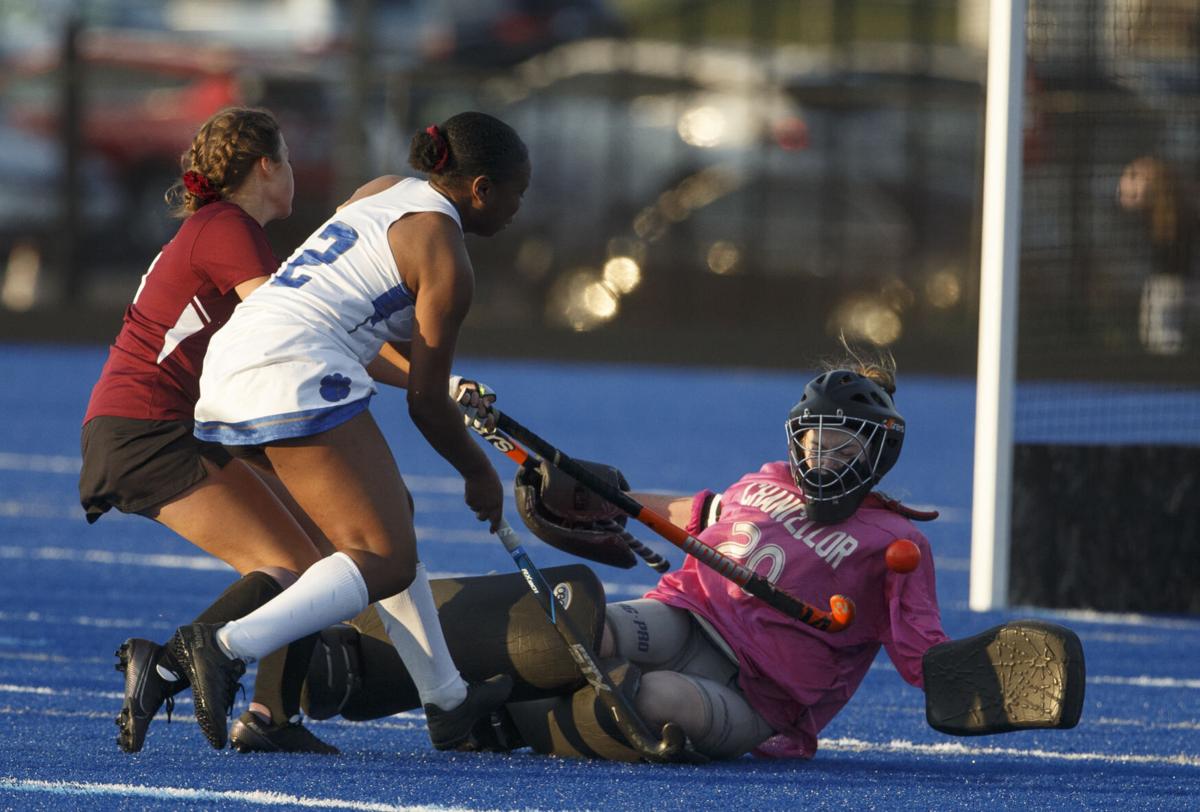 Chancellor goalkeeper Regan Bestick dives to deflects a shot by Courtland’s Markhiah Coleman in the Chargers’ 1–0 victory in the Region 4C semifinals. 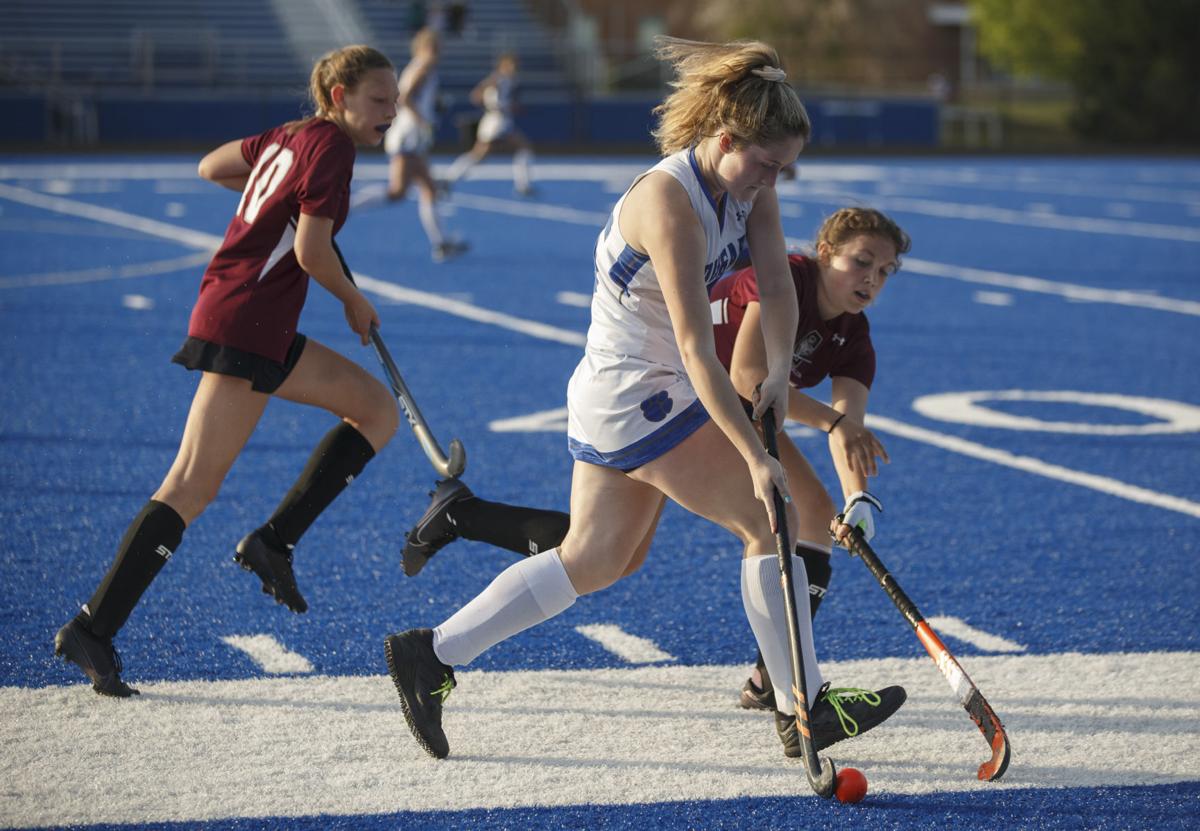 Courtland’s Megan Rapillo tries to get past Chancellor defender Izzy Gregory on Tuesday. 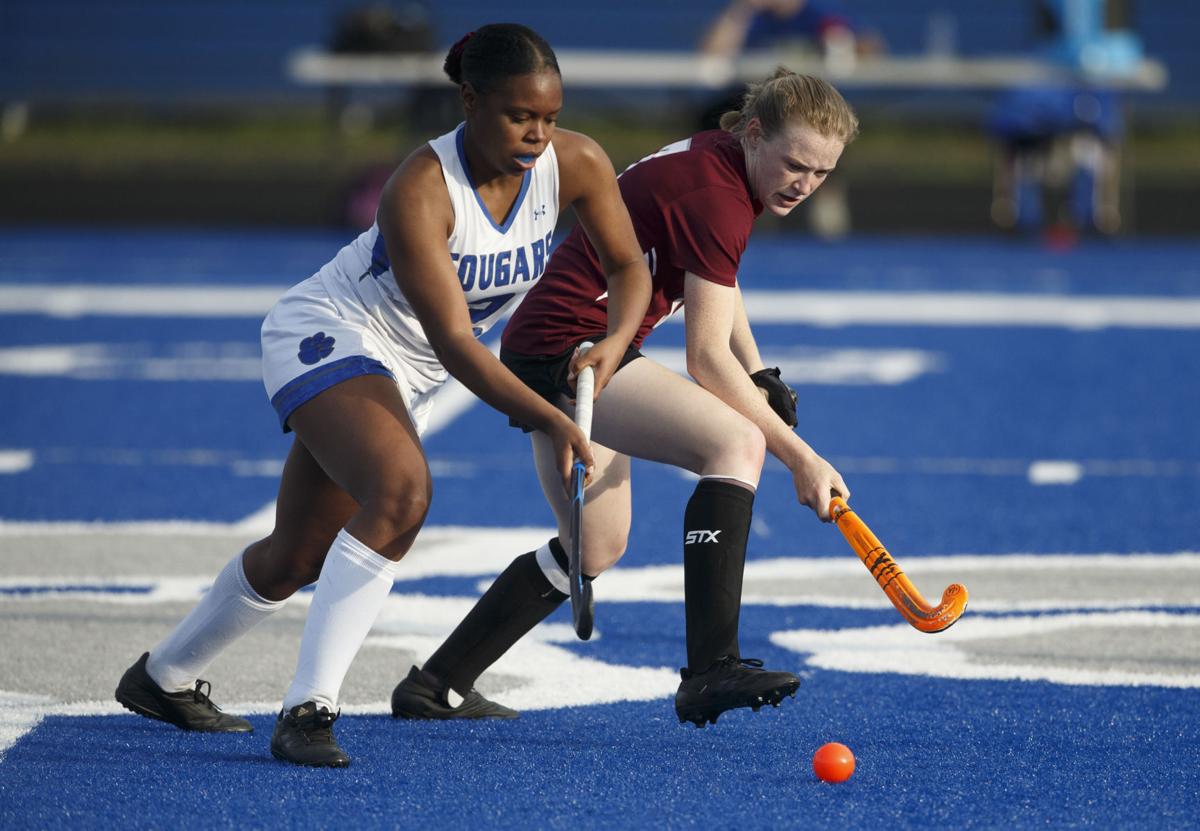 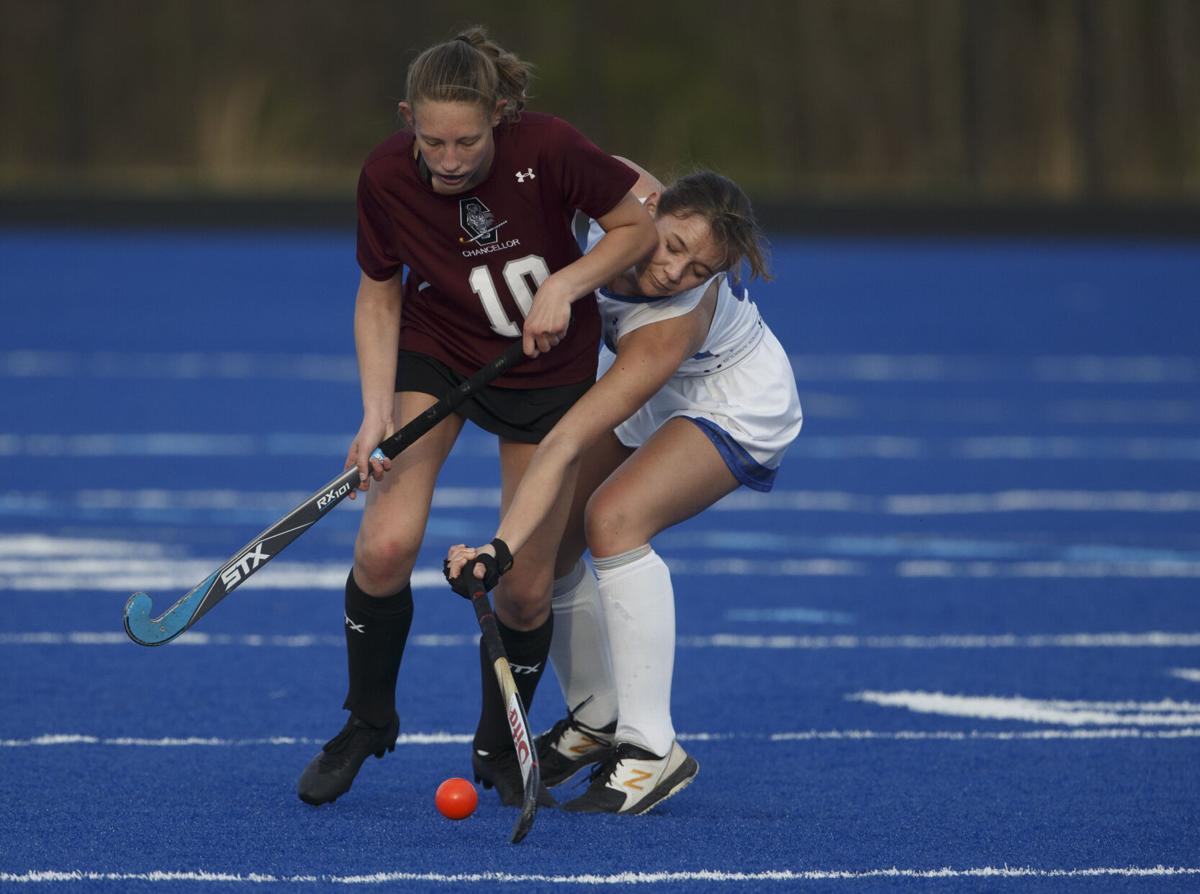 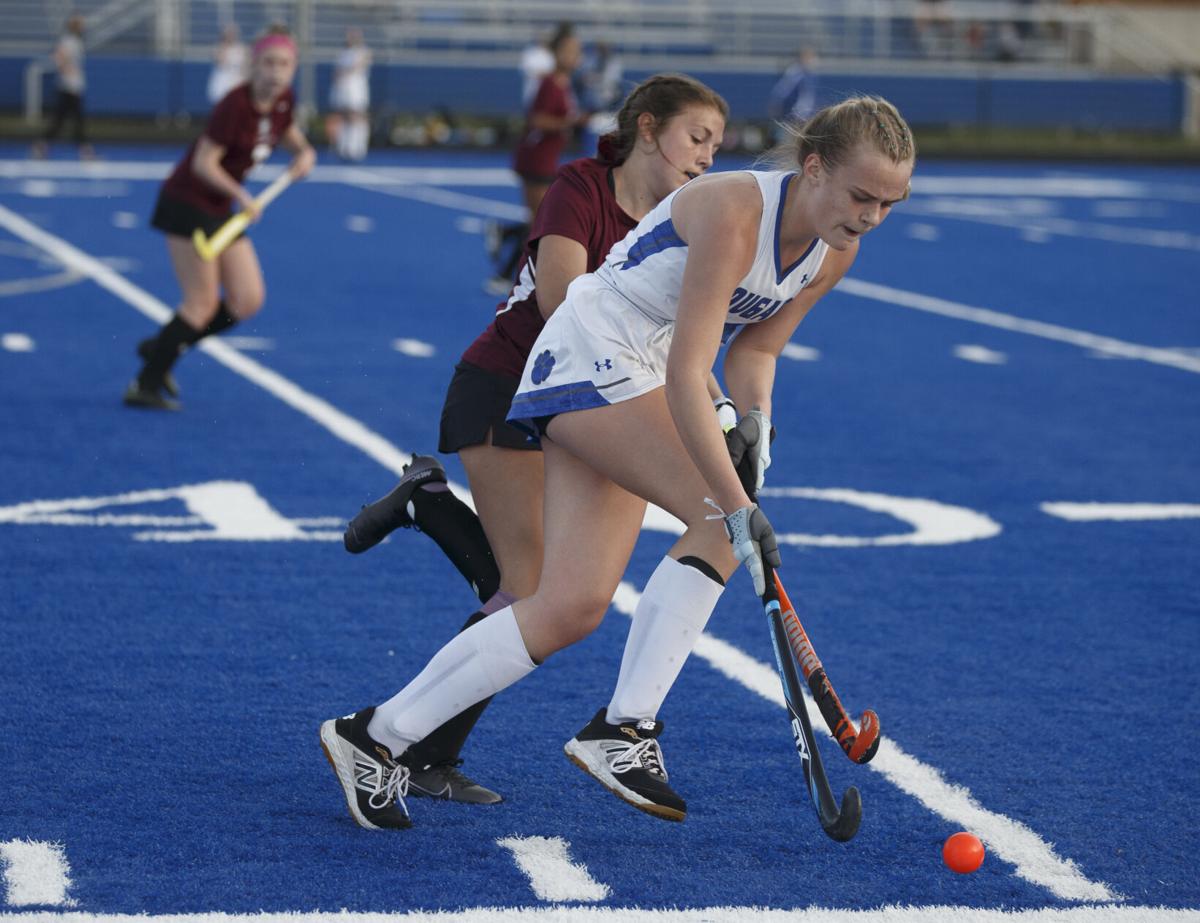 Courtland's Chloe Davis gets to the ball during Tuesday's game against Chancellor. 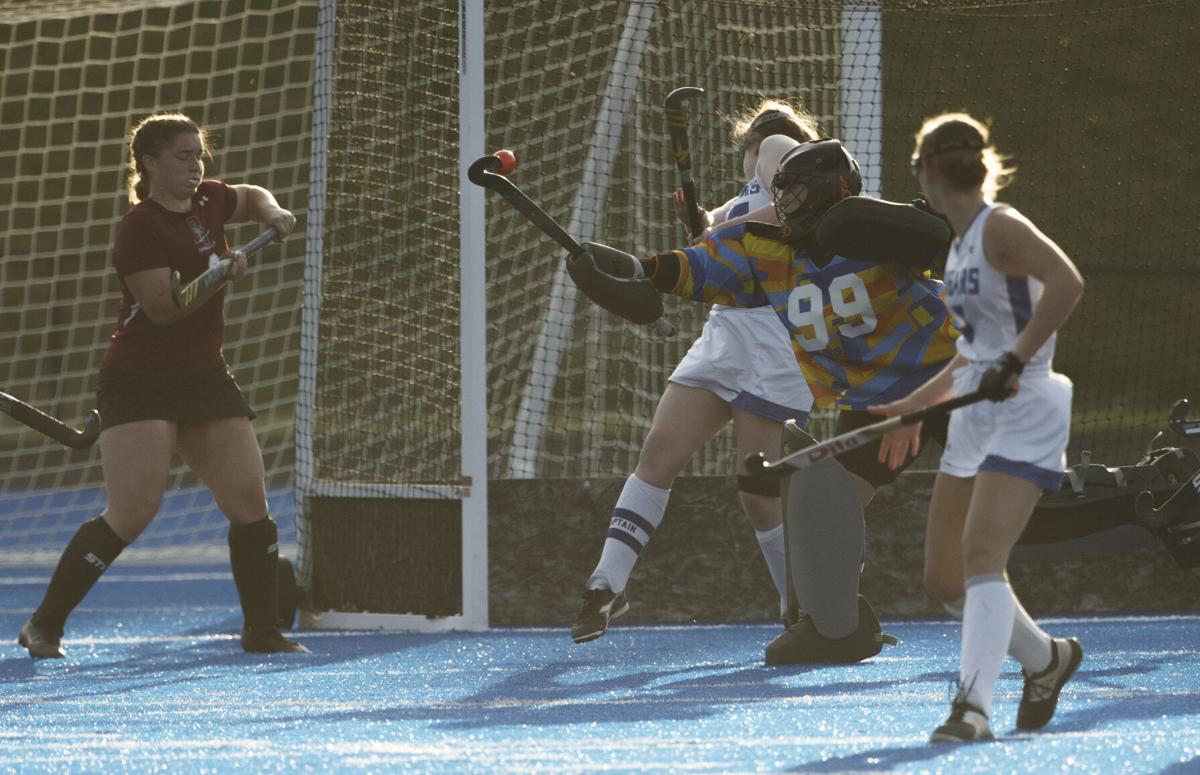 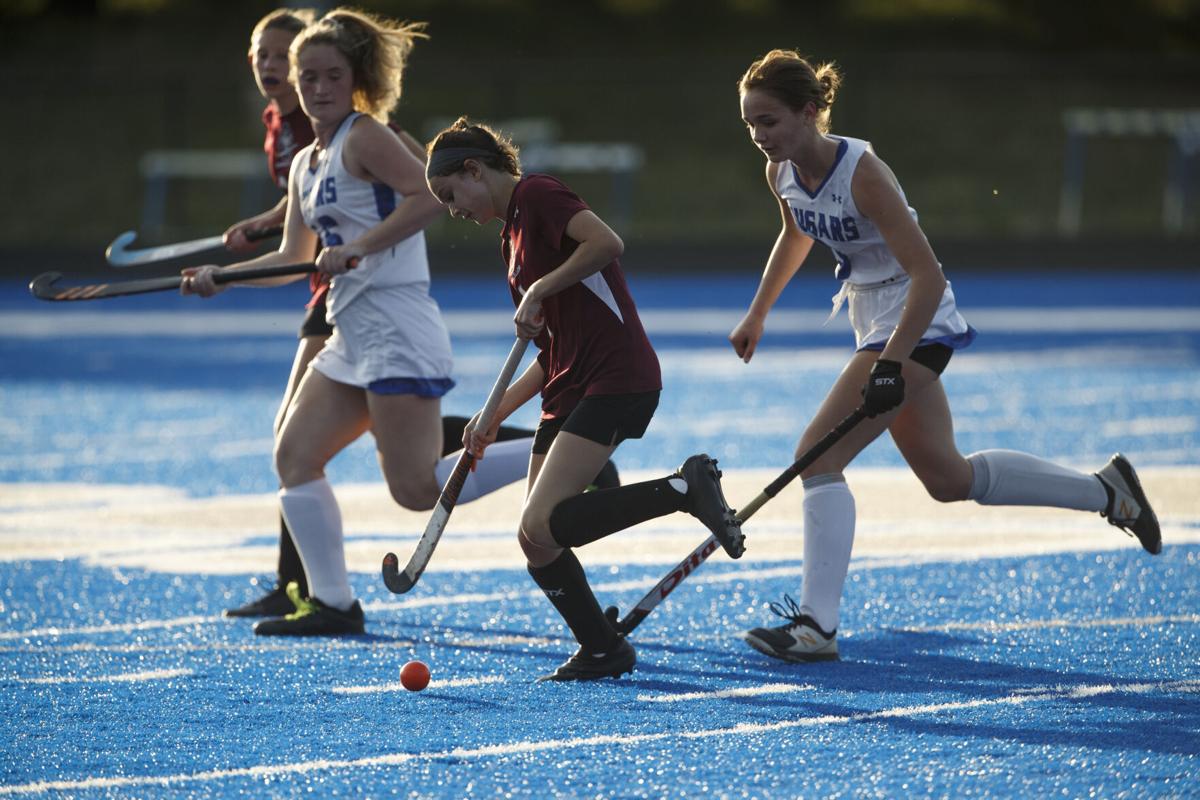 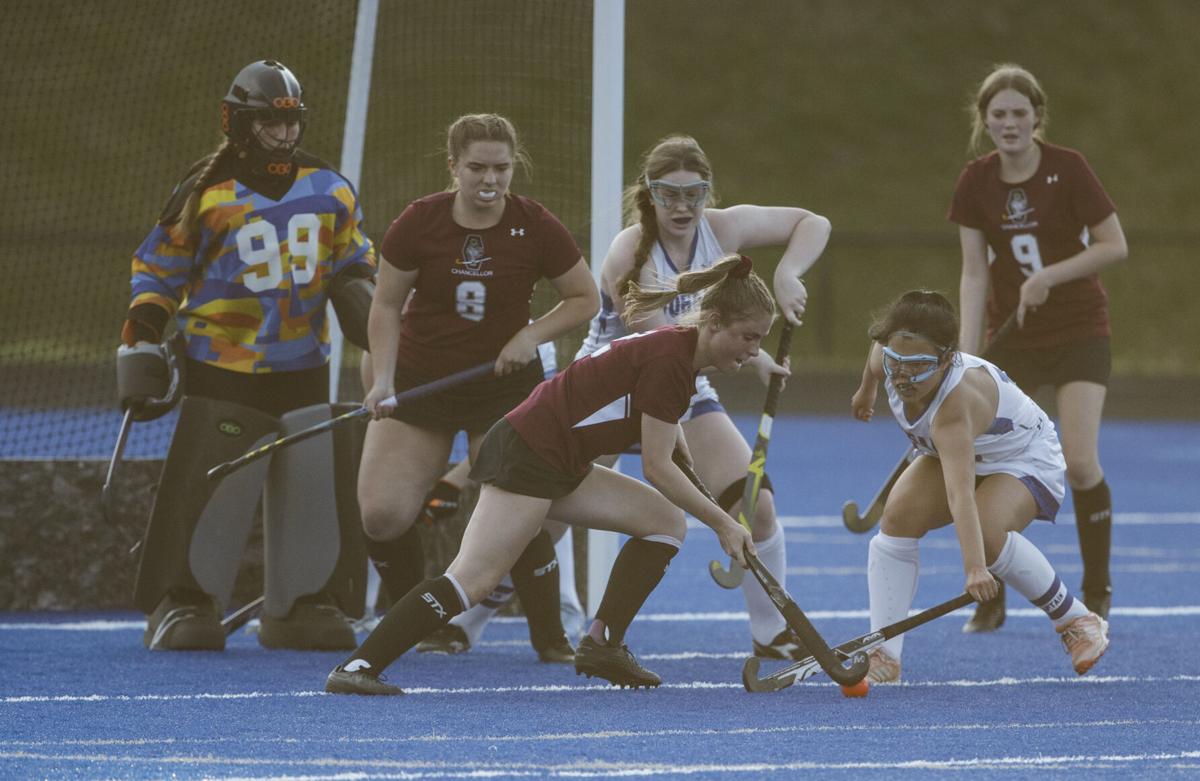 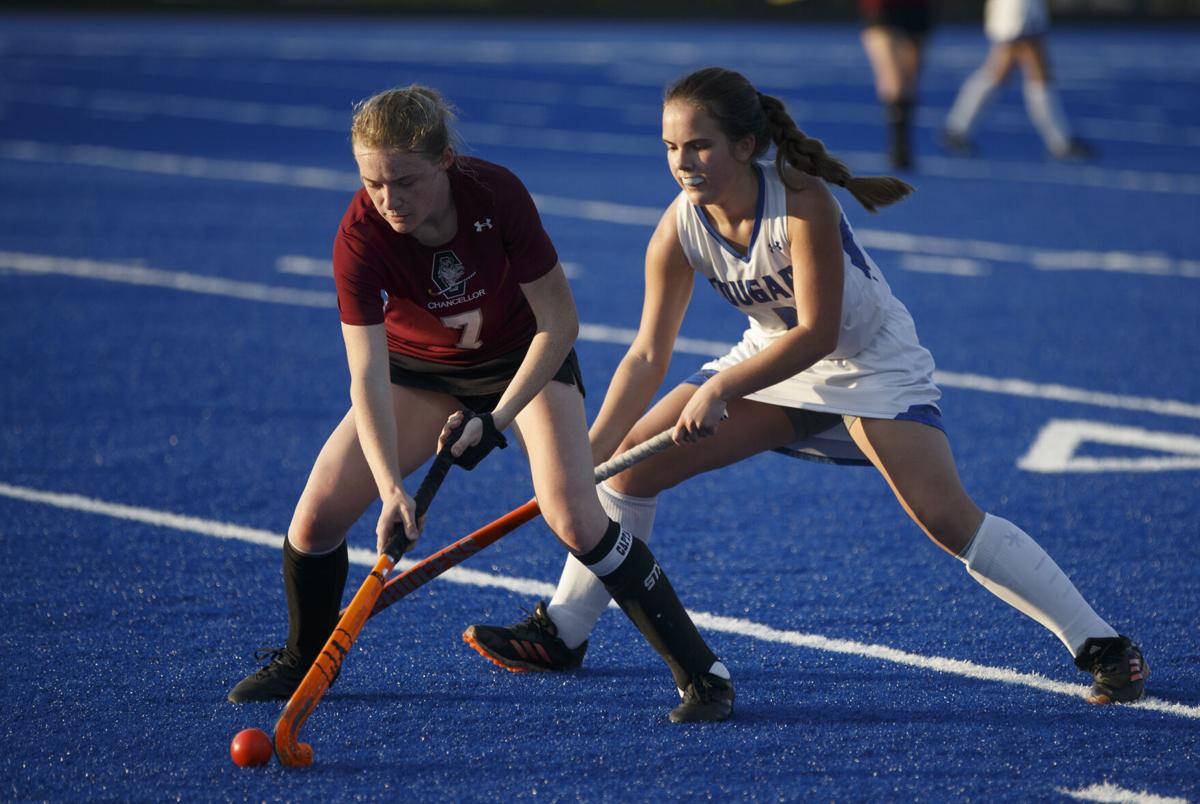 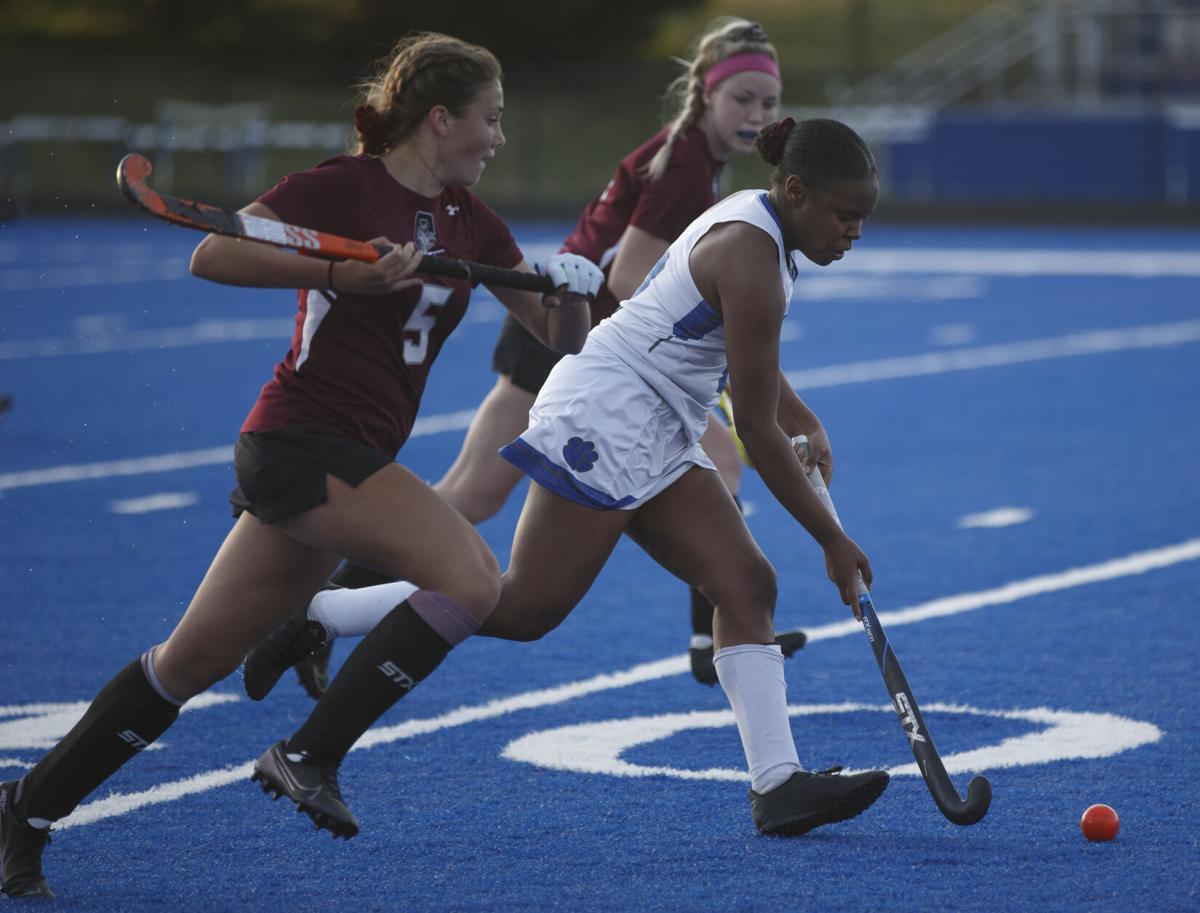 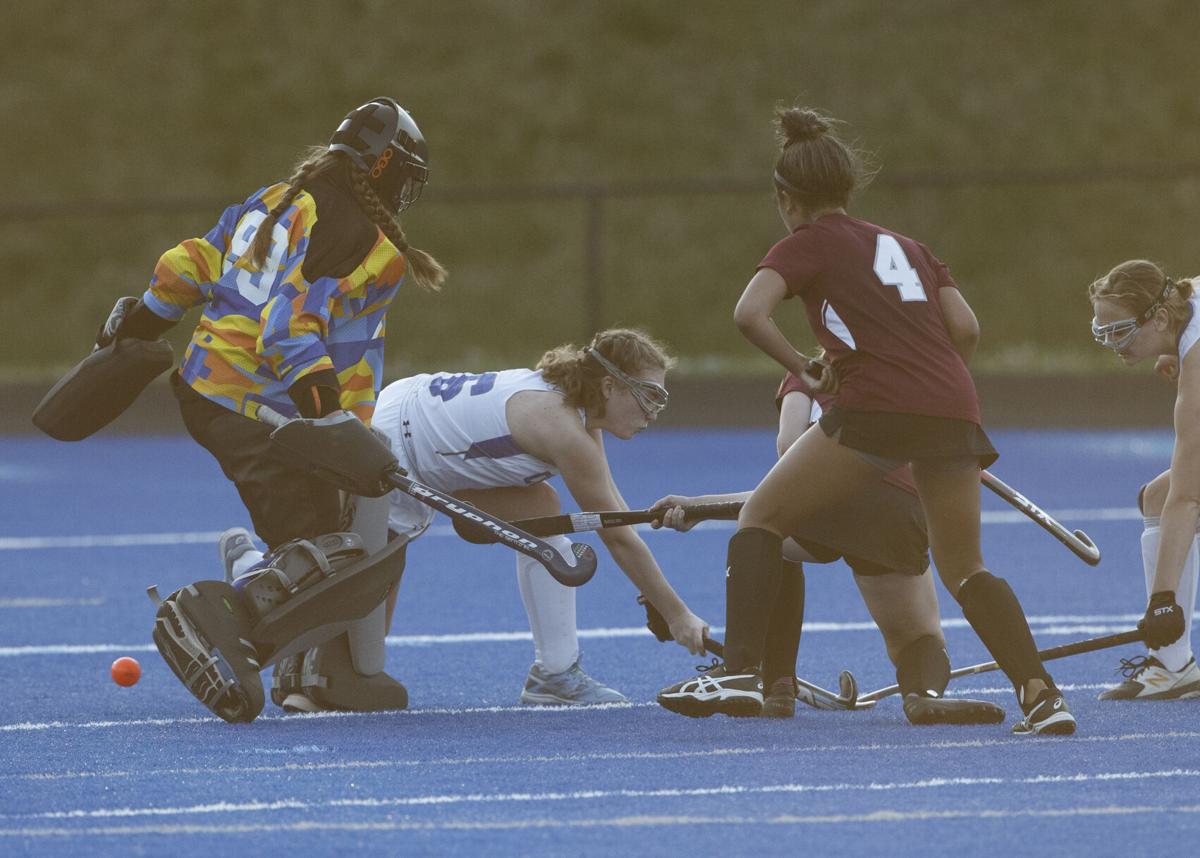 Chancellor's Ella Newman sends her shot past Courtland keeper Kylie Watkins to seal a 1-0 victory for the Chargers.

“Every corner is a goal.”

Ella Newman appreciated the support Chancellor’s rooting section, but she was getting tired of the same old refrain by the time the Chargers’ 15th corner attempt occurred and decided to do something to change things.

With 3:40 left in Tuesday’s Region 4C semifinal game at Courtland, Newman found the right side of the goal cage, lifting the fourth-seeded Chargers to a hard-fought 1-0 triumph. It set the stage for Thursday’s final at Orange with the winner of that game hosting a state semifinal game next Tuesday.

“It was a mess in the corner,” Newman recounted afterward. “I had the mentality: ‘Just work around the goalie,’ and that’s how it went. . . When we went three quarters without scoring, I got this feeling inside that I wanted to be the person to score the winning goal.”

A jubilant Kaitlyn Bestick added: “Courtland is one of our toughest matches always and they play a very physical game and a very fast game. We were lucky enough to keep up with them this time and pull one out. . . . A lot of us have friends on the Courtland team and we love having the edge over them every year.”

With six state titles under his belt, coach Jim Larkin is nevertheless taking a cautious approach with this year’s Chancellor squad in terms of goals and immediate concerns.

“Our focus is day-to-day, getting better with each game and practice,” he said. “Trying to improve from Day One. A lot of juniors, but a lot of new kids who have to take bigger roles.”

After falling to Chancellor 3-1 last Thursday, Courtland went on the attack early, but Chancellor’s defense rose to the occasion. Courtland had seven shots on goal in the first half but none in the second half, when the Chargers launched six of their 11 total shots.

The Cougars had three corners for the contest. Goal keeper Regan Bestick had four saves for the 6-3 Chargers.

“I think Regan is the best goalie in the state,” Larkin said. “She’s going to St. Joe’s [Pa.] to play lacrosse, but honestly I think she could play Division I field hockey if she wanted to. She closes on the ball and is just a great communicator. A good field general back there.”

Early in the third quarter, Regan Bestick, a junior, showed no hesitation leaving the goal cage to break up a fast-break attempt by Courtland’s Markhiah Coleman. Among the standouts for the Cougars (9-2) were Chloe Davis, goalie Kylie Watkins and defender Natalie Holt.

“I thought we possessed the ball well,” Larkin reflected. “Courtland came out really hard and we were able to fend that off. Get our fee set and rolling in the right direction. We left 3-5 goals on the field if we had one more touch or a clean shot.”

Despite the setback, Courtland coach Skylar Medley viewed the season as a positive experience.

“Very proud of my team. They overcame a lot of obstacles,” she said. “We were lucky to have a season. ... I couldn’t ask for a better season.

About Chancellor’s chances to go far in the playoffs, Medley said: “[The Battlefield] district is strong when you look at the state as a whole. We produce top contending teams every year.”

Chancellor goalkeeper Regan Bestick dives to deflects a shot by Courtland’s Markhiah Coleman in the Chargers’ 1–0 victory in the Region 4C semifinals.

Courtland’s Megan Rapillo tries to get past Chancellor defender Izzy Gregory on Tuesday.

Courtland's Chloe Davis gets to the ball during Tuesday's game against Chancellor.

Chancellor's Ella Newman sends her shot past Courtland keeper Kylie Watkins to seal a 1-0 victory for the Chargers.