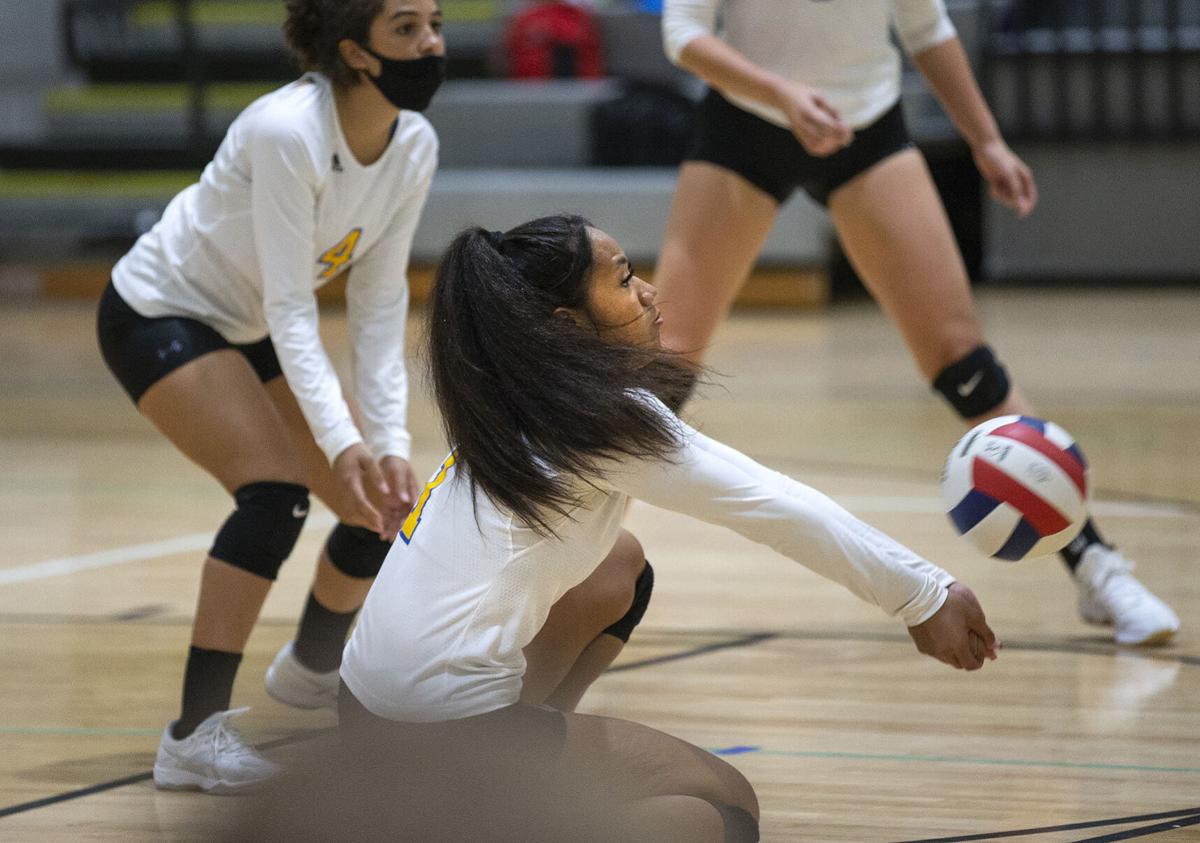 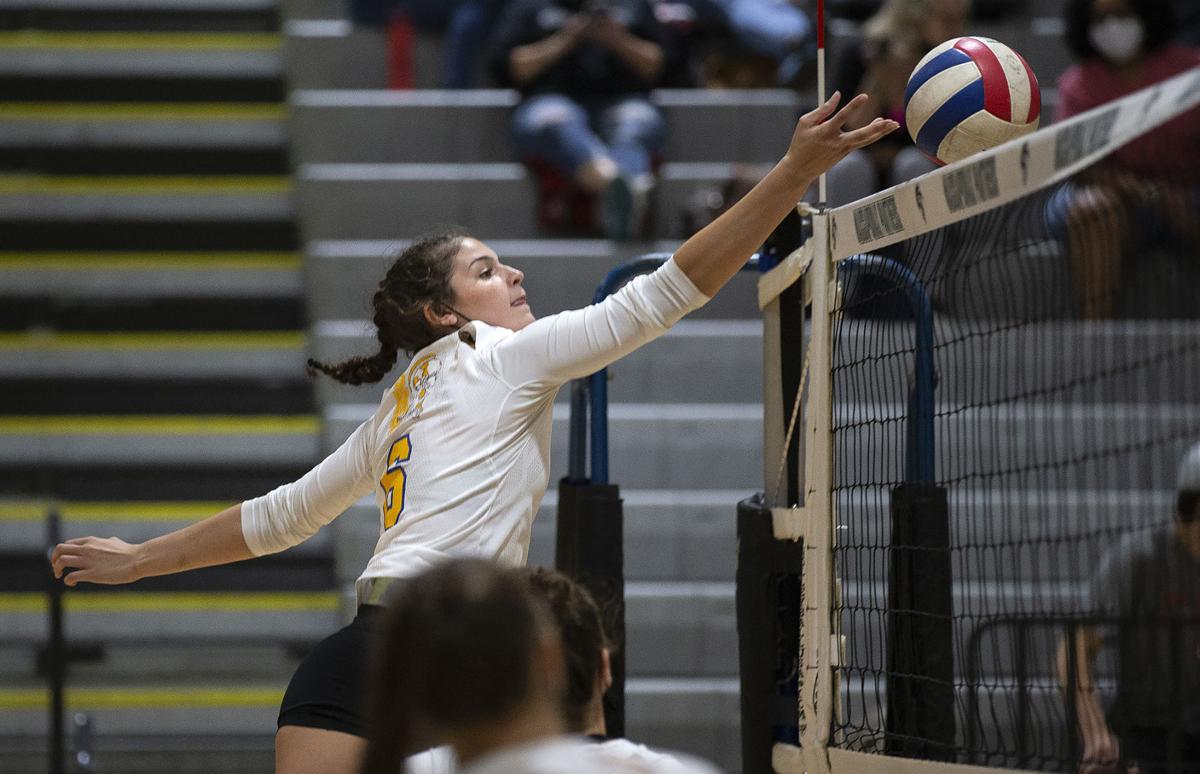 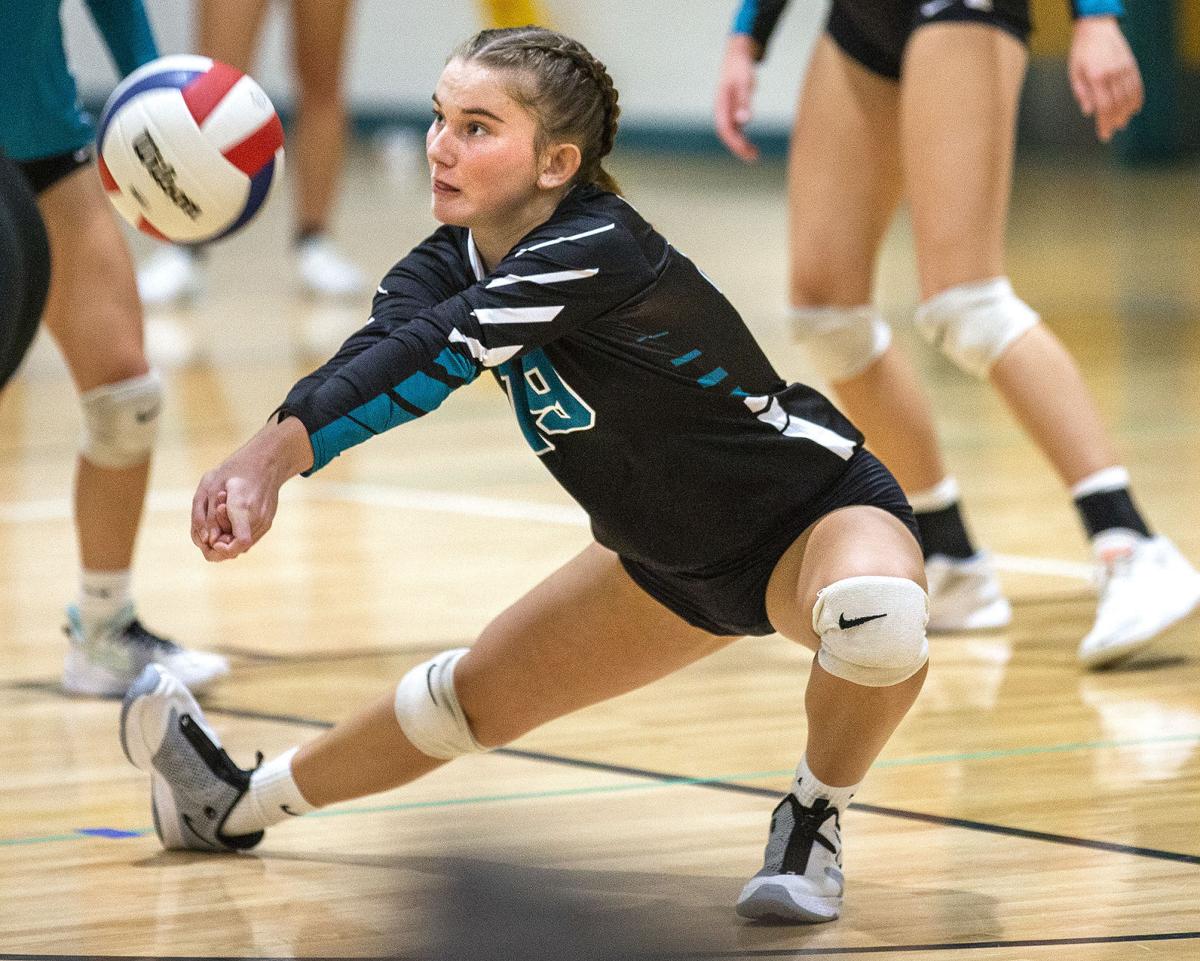 Massaponax’s Regan Shanahan gets low to dig out a return against Stafford Tuesday night.

Toward the end of a recent practice, Stafford interim volleyball coach Francesca Futia stood near the net and tossed balls into play on alternating sides of the court.

The “free ball” drill was designed to get players moving and prepared for any situation that might arise during a match.

One scenario the Indians are just now getting down? Winning.

“Stafford had always kind of been at the bottom of the food chain,” coach Courtney Nice explained.

With victories over traditional Fredericksburg-area powers Colonial Forge and North Stafford to open the season, the Indians find themselves in an unfamiliar position. Stafford (4–0) sits atop the Commonwealth District standings after Tuesday’s 25-19, 25-22, 25-16 win at Massaponax.

Kayne West once rapped that moral victories are for minor-league coaches, but Stafford outside hitter Gabby Meador came away from a close five-set loss to North Stafford last spring convinced that her program was ready for a big-time leap.

“We were not letting North get anything,” Meador recalled. “Even though we lost that game, it brought us together a lot. We knew that next year was our year.”

“Next year” was actually just a few months later, one quirk of a high school sports calendar flipped on its head by the COVID-19 pandemic. The Indians graduated just one senior from that shortened spring campaign and made immediate waves with a four-set win over Colonial Forge on Aug. 30.

“Stafford has some offensive weapons that they haven’t had in the past,” Colonial Forge coach Courtney Hempe said. “Coupled with that, they’re extremely determined and scrappy on defense, which is not something I’ve seen from them as long as I’ve been coaching in the area.”

It all starts with Meador, a four-year varsity player who has offers to play volleyball at Division II schools Shepherd (W.Va.) and Seton Hill (Pa.) University. Senior Skylar Sullivan is a standout at setter, while junior Jada Williams excels interchangeably at hitter and setter positions, a rarity in the sport.

Several of the Indians’ starters participate in either club or beach volleyball, enhancing their all-around skill sets.

Futia, who served previously as the Indians’ junior varsity coach and a varsity assistant, handles the team’s day-to-day operations while Nice is out on maternity leave. The two friends craft game plans jointly, texting before and after each practice.

“We talk all the time, when she’s not putting a baby to sleep or feeding a baby,” Futia said with a laugh.

Nice, who hopes to return in time for a potential postseason run, streams the Indians’ matches live on the NFHS Network. While it’s all been riveting entertainment so far, the Indians know they’re no longer taking teams by surprise.

Futia has told her players that she’s planning to miss basketball tryouts in November; that would mean Stafford was still alive in the Region 5D tournament. No, the Indians are no longer volleyball bottom feeders, and they intend to keep it that way.

“We’ve been wanting this name among the district since we were freshmen,” Sullivan said. “Now, we’re just taking it.”

Are the Green Bay Packers pretenders?

Could Arkansas keep their impressive start going against Texas A&M (-4.5)?

Could Arkansas keep their impressive start going against Texas A&M (-4.5)?

The White Sox are AL Central Champs, but can they make a run?

The White Sox are AL Central Champs, but can they make a run?

A year after Tommy Harrison was married on the Stafford High School baseball field, he directed the Indians to the first state title in the sp…

(We will update the scores as often as possible)

Fisher visited JMU for its contest against Morehead State earlier this season, and the atmosphere surrounding the Dukes’ program won him over.

Sophomore quarterback Tanner Triplett got his team close, and senior running back Aiden Fisher did the rest as the Riverbend football team ove…

A week after the Spotsylvania football team routed Stafford to give head coach Jeremy Jack his 100th career victory, the Knights found themsel…

High school football player of the week: Mountain View's Kris Jones is making a name for himself

There's an old proverb that goes, "If at first you don't succeed, try, try again."

As potent as Massaponax's football team has been (and still may be), the Panthers aren't exactly built to play catchup.

Massaponax’s Regan Shanahan gets low to dig out a return against Stafford Tuesday night.