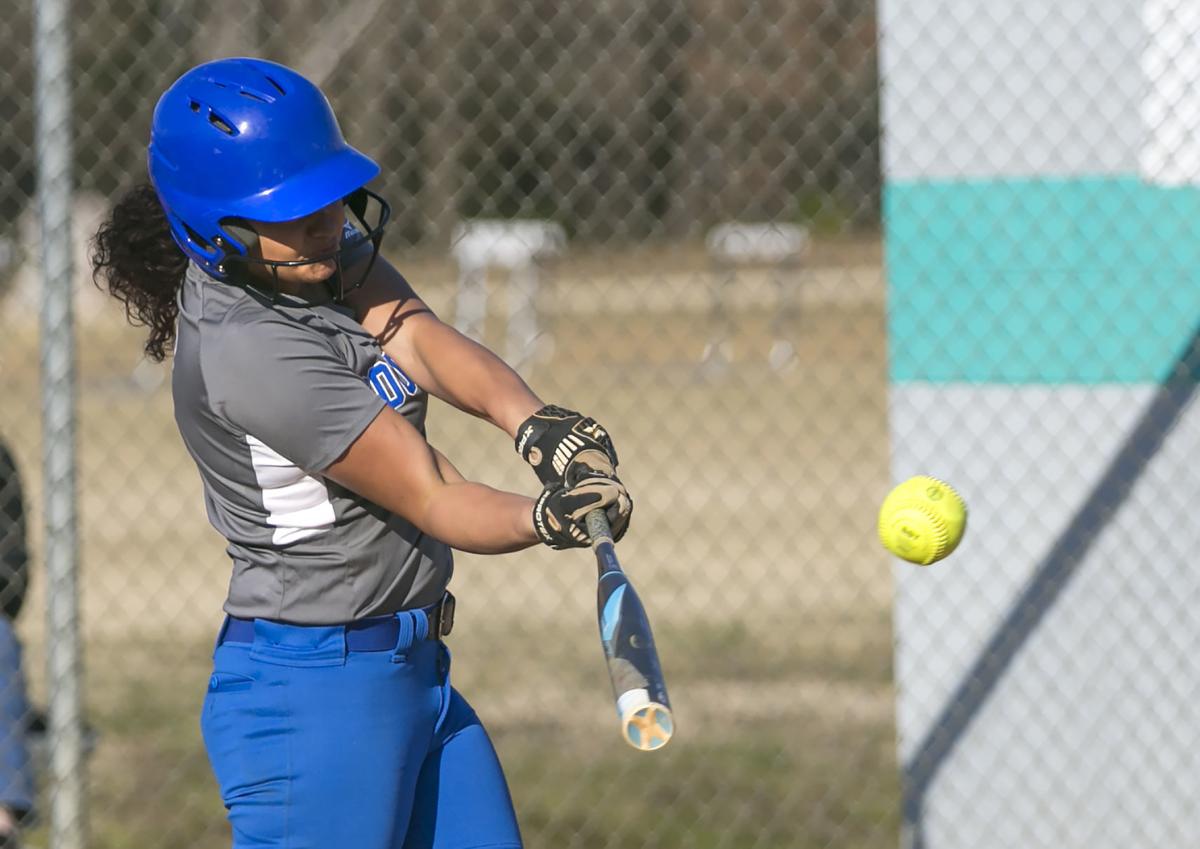 Cameron Buzzell, a two-time Battlefield District player of the year, can’t swing for the fences anymore due to CVST. 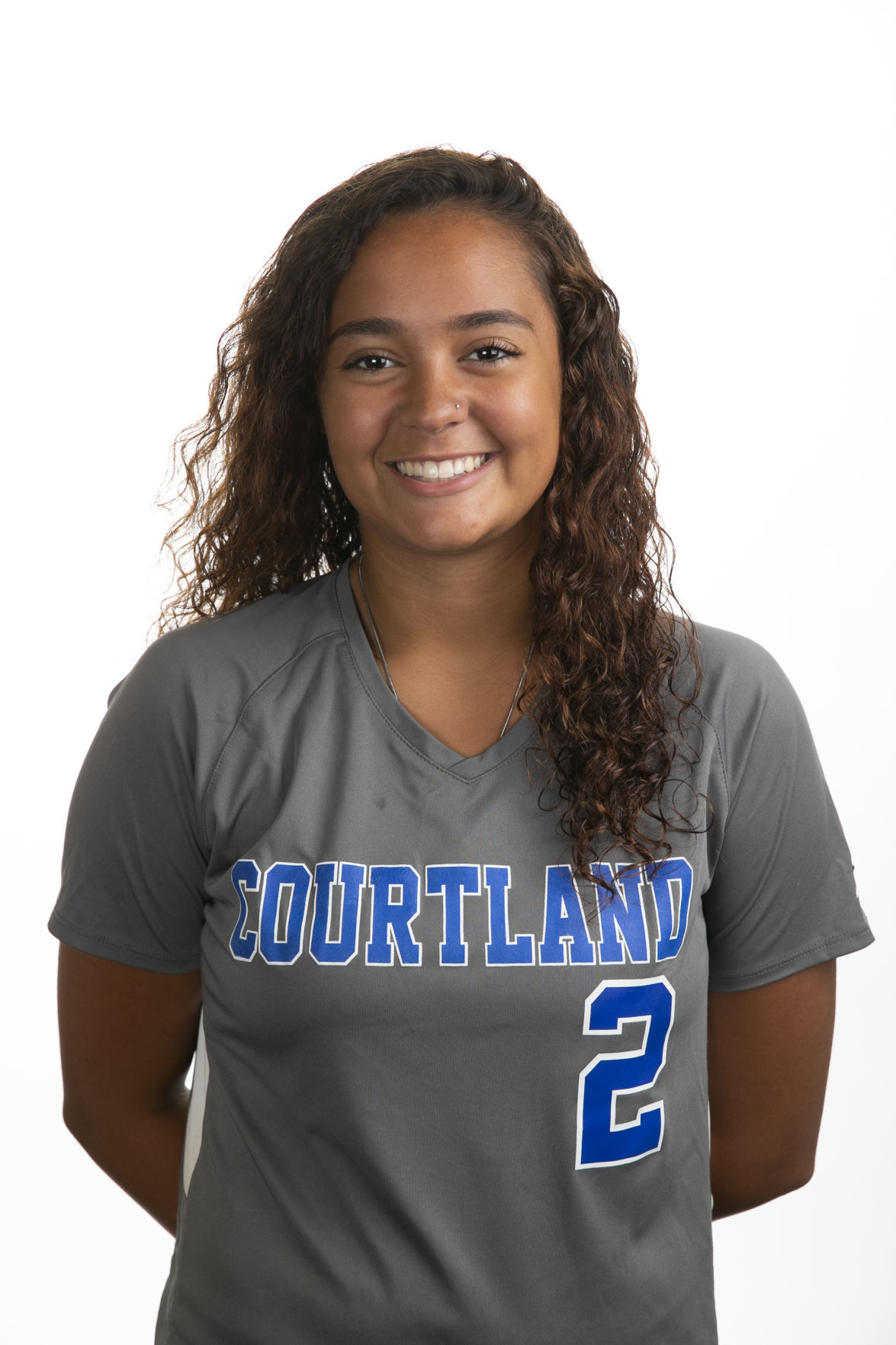 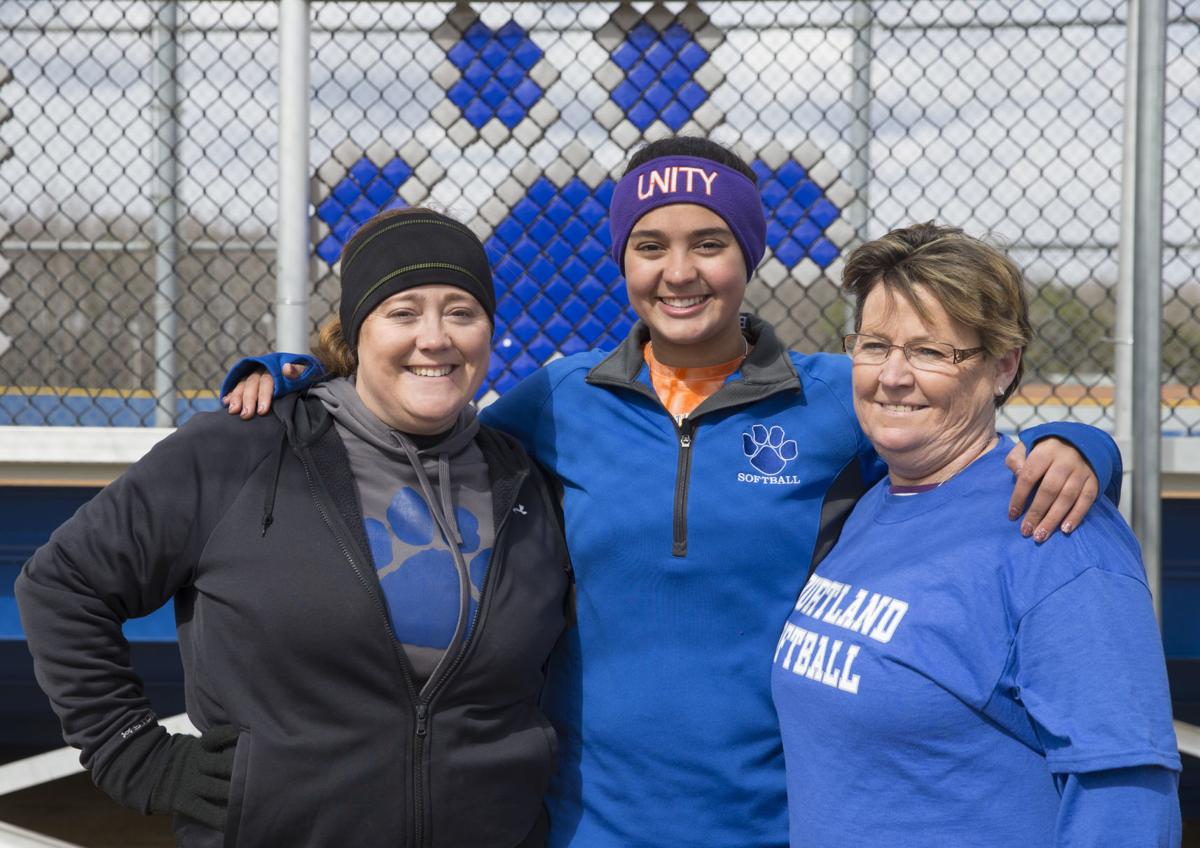 News her softball career was ending was particularly painful to Cameron Buzzell (center), who comes from a softball family: both her mother Jenny Buzzell–Parker (left) and grandmother Doris Buzzell have had great success in the game.

It started with a sneeze.

Cameron Buzzell was in Gulf Shores, Ala., with her Pensacola (Fla.) State College softball teammates last October volunteering to assist with a travel team tournament.

The week prior, every time Buzzell sneezed she suffered a bad headache that lasted approximately five minutes.

She felt the sniffles coming on again, so she looked at her teammate and said “I’m going to get a pounding headache.”

Buzzell was proven correct. But the issue didn’t go away in five minutes. She began vomiting. When the team returned to Florida she didn’t feel capable of driving to her apartment so she stayed overnight with a friend.

She returned home the following morning and her symptoms didn’t subside. Finally, around 8 p.m. her mother told her to go to the hospital. A friend transported her.

Buzzell also had two other blood clots on her brain.

“Basically the clot that she had was not allowing blood to leave the brain,” said her mother, Jenny Buzzell–Parker. “The bleed was basically the brain’s way of trying to save itself.”

After nine trying months and seeking second and third opinions, the former Courtland High School softball standout and two-time Battlefield District player of the year was informed July 2 her career has to come to an end.

That’s the conclusion doctors formed, and Buzzell–Parker agreed the reward does not outweigh the risk.

“I’ve been playing since I was 5,” Buzzell said. “I haven’t fully comprehended that I won’t be able to play again.”

Softball is integral in the Buzzell household.

Her grandmother, Doris Buzzell, is a longtime coach in the Fredericksburg area and now leads the Spotsylvania High School program.

Buzzell’s mother coached her at Courtland and now directs the Virginia Unity 14U travel team.

Buzzell–Parker was a standout for the Hornets when they captured the 1999 Group AA state championship.

She noticed special talent in her daughter early on.

Buzzell made her mark at Courtland right away. She batted .441 as a freshman and was named first-team all-district and All-Area. She earned each of those honors all four years of her career.

She tied the Virginia High School League record with three home runs in a game as a sophomore.

Buzzell wasn’t fond of pitching but she did so for the Cougars, including her senior campaign in 2019 when she tossed every pitch.

Pensacola State, a highly regarded junior college program, wasn’t her first option but she signed with the Pirates and was prepared to spend two years there before moving on to a Division I or Division II program.

“Her recruiting process was strange because she was a late pickup for us,” Pirates head coach Lyndsey Angus said. “She had planned to end up somewhere else but as fate and the world would have it we got blessed with Cam when she came to Pensacola. What she brought athletically pales in comparison to what she brought as a person … I have never coached a player that’s just so grateful, along with the talent, in my career.”

Angus was just getting a peek at what Buzzell brought to the table in a 2019 fall league.

She started at second base for the Pirates and pitched a few innings. She competed in contests against Alabama, Auburn and North Alabama, among others. Her first hit was a double off the fence against Auburn, where her mother’s mentor Dean has been the head coach since 2017.

Dean and Buzzell posed for a photograph together after the game. It was one of the final times Buzzell would suit up.

“I felt like I was getting better,” Buzzell said of her progression. “But I wasn’t able to complete it.”

That incomplete feeling won’t go away.

After Buzzell was rushed to the hospital, doctors initially thought she would require brain surgery. But she was started out on a heparin drip to treat the blood clots and they were effective. She was in intensive care for seven of the 11 days she was in the hospital.

She didn’t want to return to Virginia upon her release, so her mother stayed in Florida with her for a month while the Spotsylvania County community pitched in to provide meals for her father and younger brother back home.

Buzzell returned home in December and a doctor at George Washington University advised her not to go back to school the next semester. Buzzell didn’t heed the recommendation.

“In true Cam fashion, she refused and she powered through,” Buzzell–Parker said. “She cranked out a 4.0 [GPA] last semester.”

Buzzell has been told she’ll likely be on blood thinners the rest of her life. The doctors at George Washington said her career would likely have to end and that was confirmed after multiple opinions. Buzzell said she was searching for someone to give her the go-ahead but accepted the finality of her career from a doctor at the Virginia Cancer Center.

“He said if I get hit with the ball I have a high risk of internal bleeding,” Buzzell said. “He said if I get hit in the head it could be really dangerous and life threatening … He was like, ‘You can go to another doctor but whoever tells you that you can play is not making a wise decision.’ ”

Buzzell is still on the road to recovery.

She had to cancel a math class, although it was previously one of her stronger subjects, because the stroke caused her to forget numbers. She’s experienced short-term memory loss but that’s gotten better in the past couple of weeks.

She sometimes loses sensation in her fingers and toes and will randomly drop everything she’s carrying. Her legs swell whenever she stands for an extended period of time. She’s on medication to prevent migraines. Up until last month she estimated she was having five migraines a week.

She was cleared to run two months ago and she’s also back to lifting weights. She’s not as swift as she once was but is focused on completing two miles per day, alternating between running and walking.

“I’m definitely not as strong as I used to be,” she said. “But I will get back to running two miles straight.”

Angus said Pensacola State will continue to honor Buzzell’s scholarship as long as she chooses to remain there. The school does offer an opportunity to complete a four-year degree. Angus said Buzzell can also be a part of the coaching staff and prepare for a future coaching career.

“She has her [scholarship] money as long as she needs it,” Angus said.

Buzzell said she plans to return to Pensacola State for at least one more year as a team manager, but her ultimate goal is to finish her final two years at an urban university.

Her mother said the family is indebted to the coaches for sticking by Buzzell during a tumultuous time. Angus immediately headed to the hospital when Buzzell first arrived and stayed there 30 hours until Buzzell–Parker’s flight landed the following day.

The coaching staff has also accompanied Buzzell on every trip to the doctor’s office, including for routine bloodwork. Buzzell–Parker said the staff has been “the biggest blessing we’ve ever come across.”

“Cam didn’t do anything to be in that position,” Angus said. “We’d never want anybody, never mind a player far away from their family in the fall of their freshman semester to be going through something like that. So the team rallied around her. The coaching staff rallied around her. It was very upsetting.”

Buzzell and her teammates are finding solace in that she’s still with the program.

Her mother is enjoying this summer with her daughter as an assistant coach of the Unity. She said while it would’ve been ideal for Buzzell to continue the family’s softball tradition, she’s more concerned about her as an individual.

When Dean first learned of Buzzell’s plight, he reminded the family: softball is what they do, it’s not who they are.

“For me, I wouldn’t say I’m devastated,” Buzzell–Parker said. “I’m devastated for my kid. But I do feel that something great is going to come out of this for her. We don’t know what it is yet, but I see good things in her future.”

Cameron Buzzell, a two-time Battlefield District player of the year, can’t swing for the fences anymore due to CVST.

News her softball career was ending was particularly painful to Cameron Buzzell (center), who comes from a softball family: both her mother Jenny Buzzell–Parker (left) and grandmother Doris Buzzell have had great success in the game.