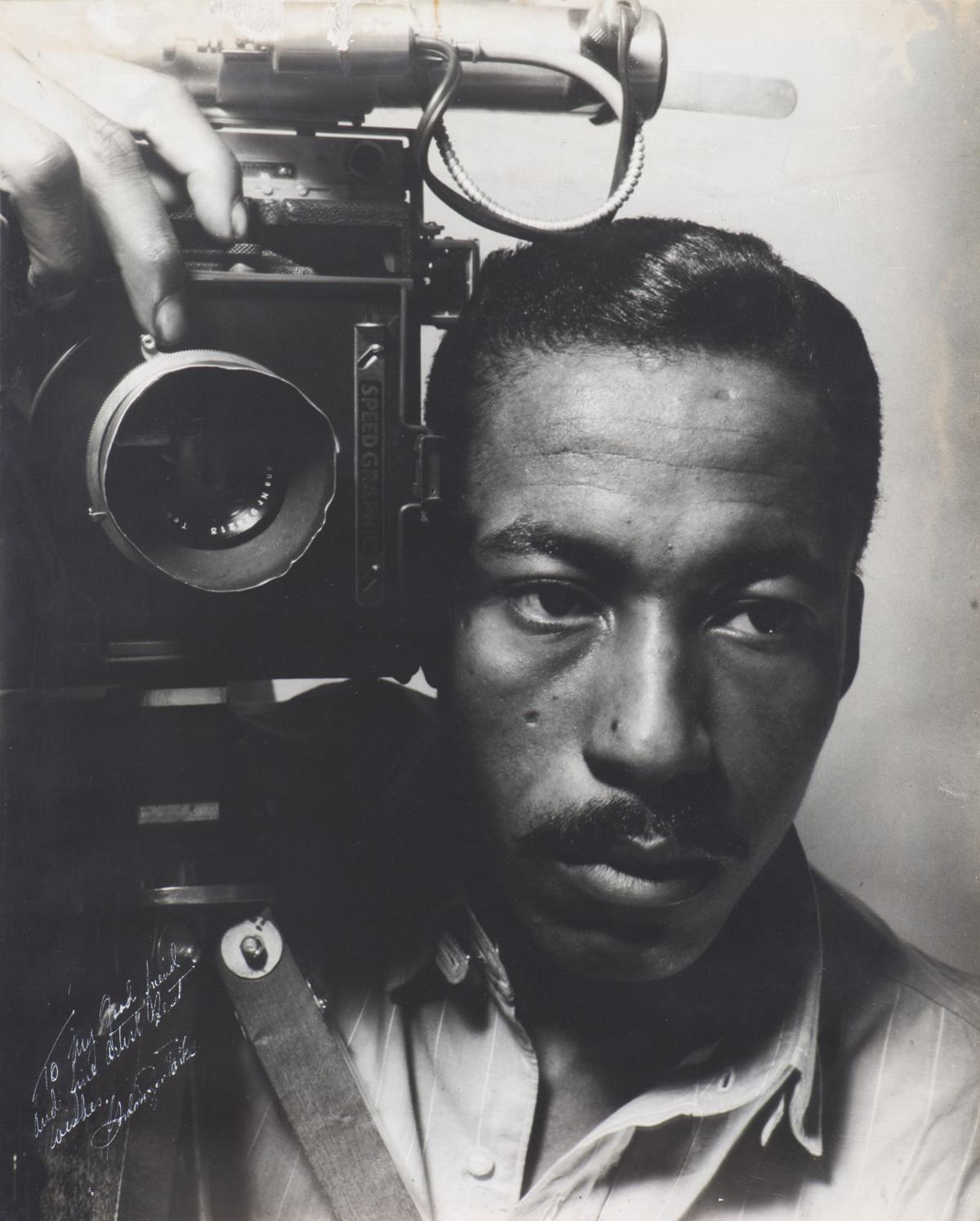 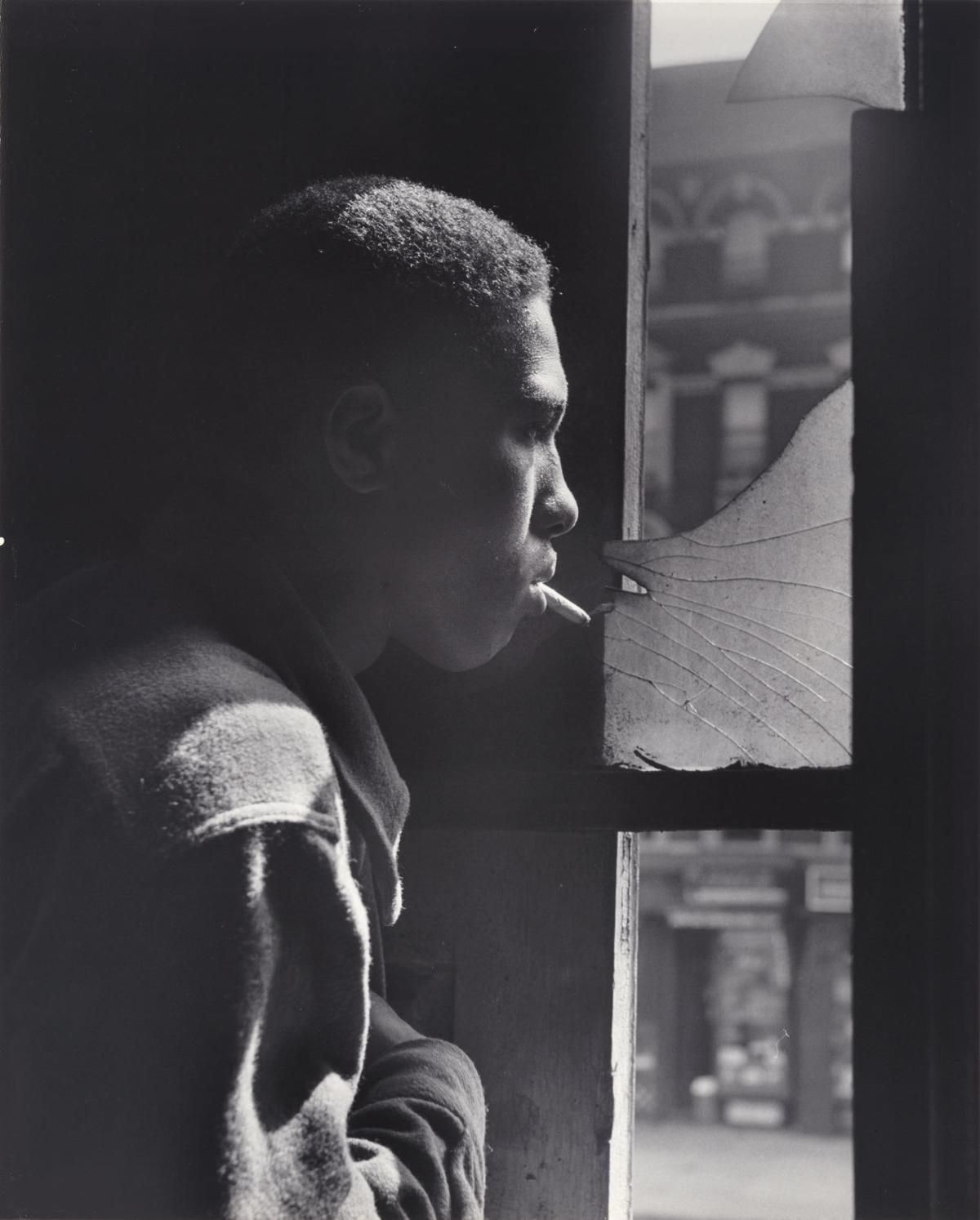 ‘Trapped in abandoned building by a rival gang on street, Red Jackson ponders his next move’ by celebrated photographer and film director Gordon Parks is on display at the National Gallery of Art through Feb. 18. 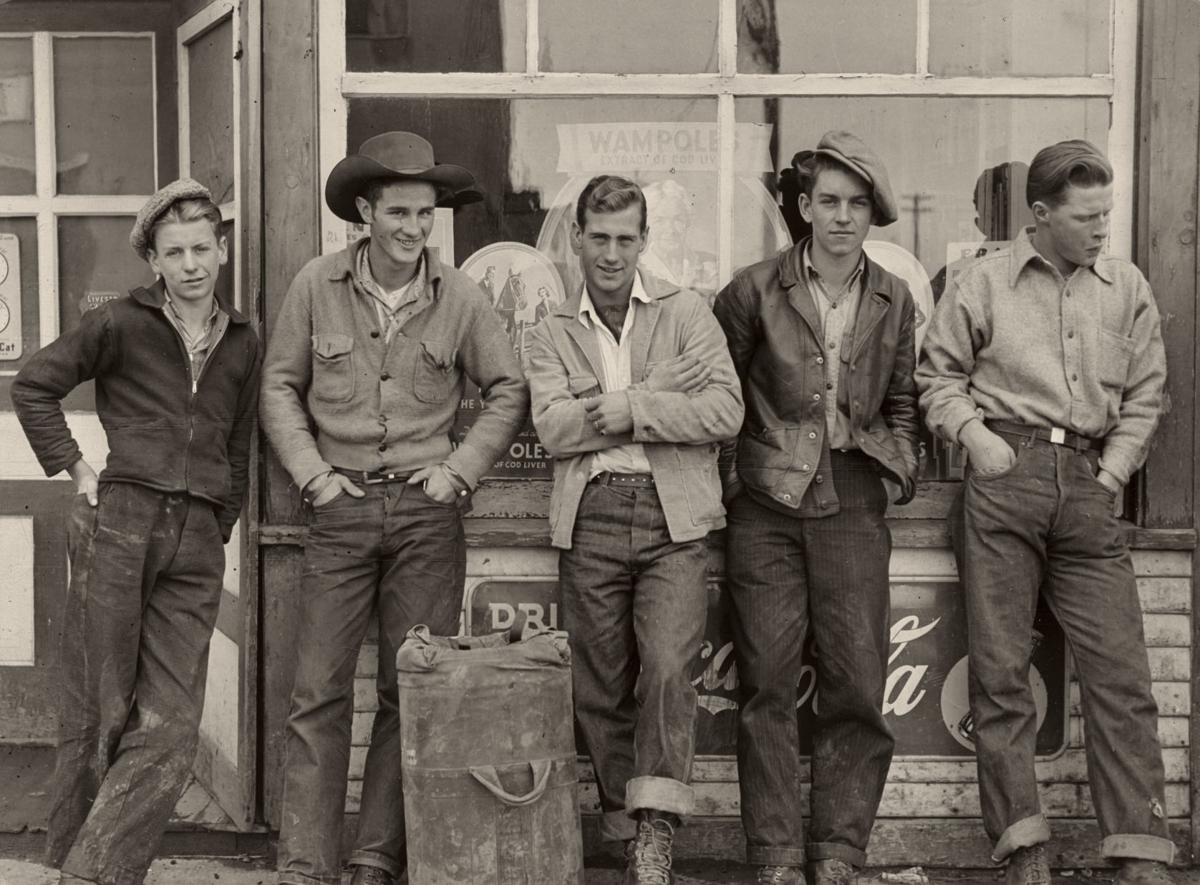 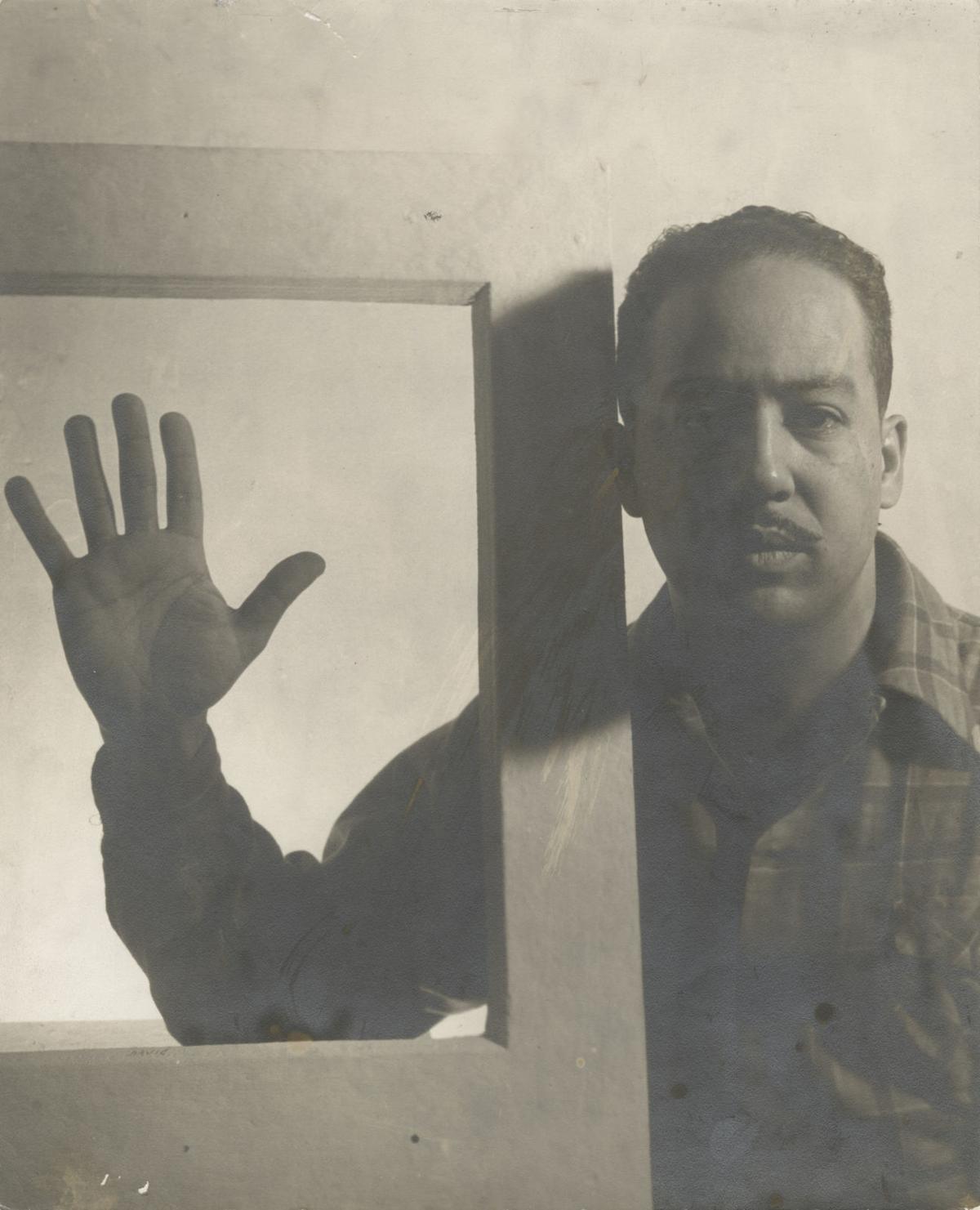 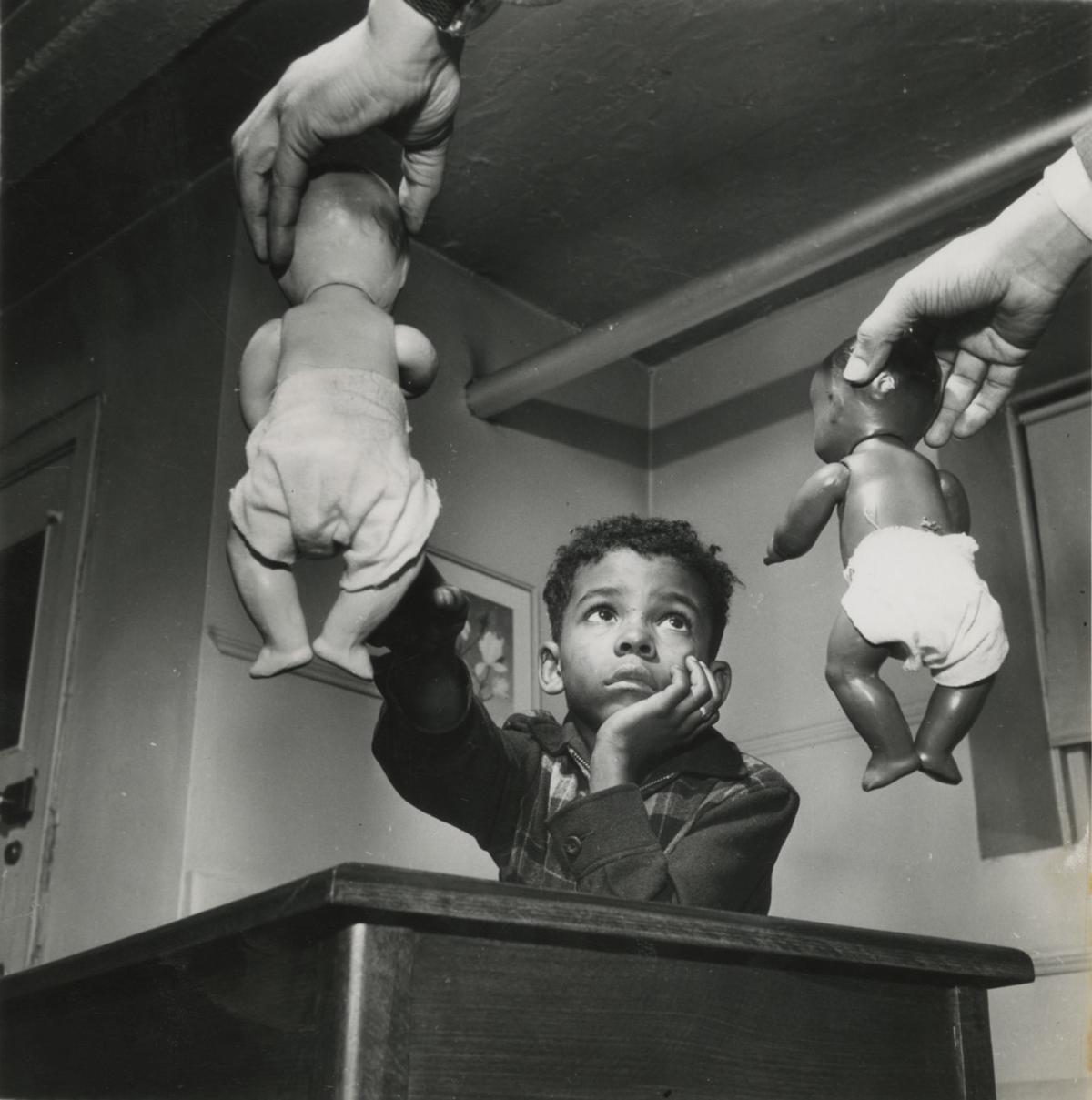 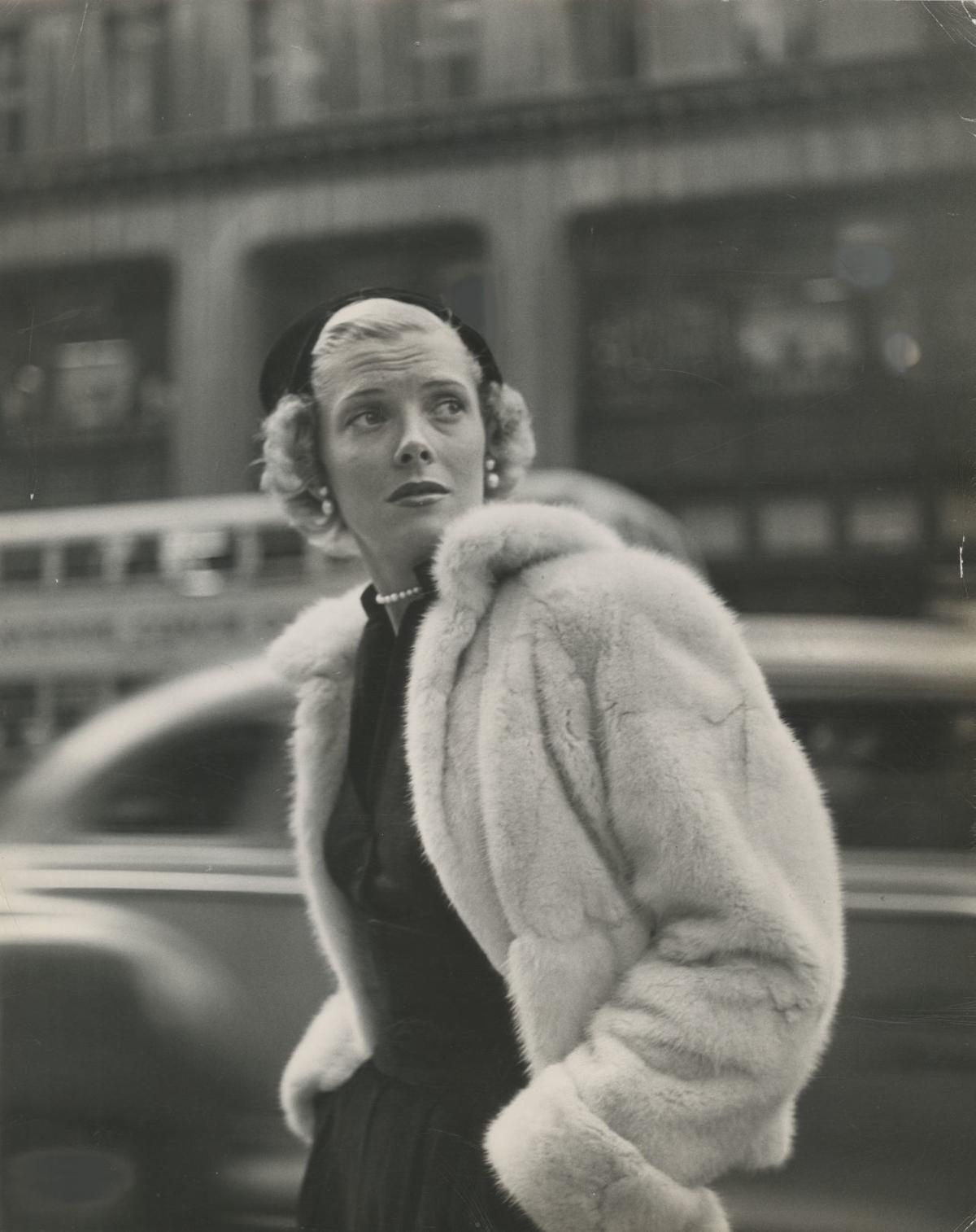 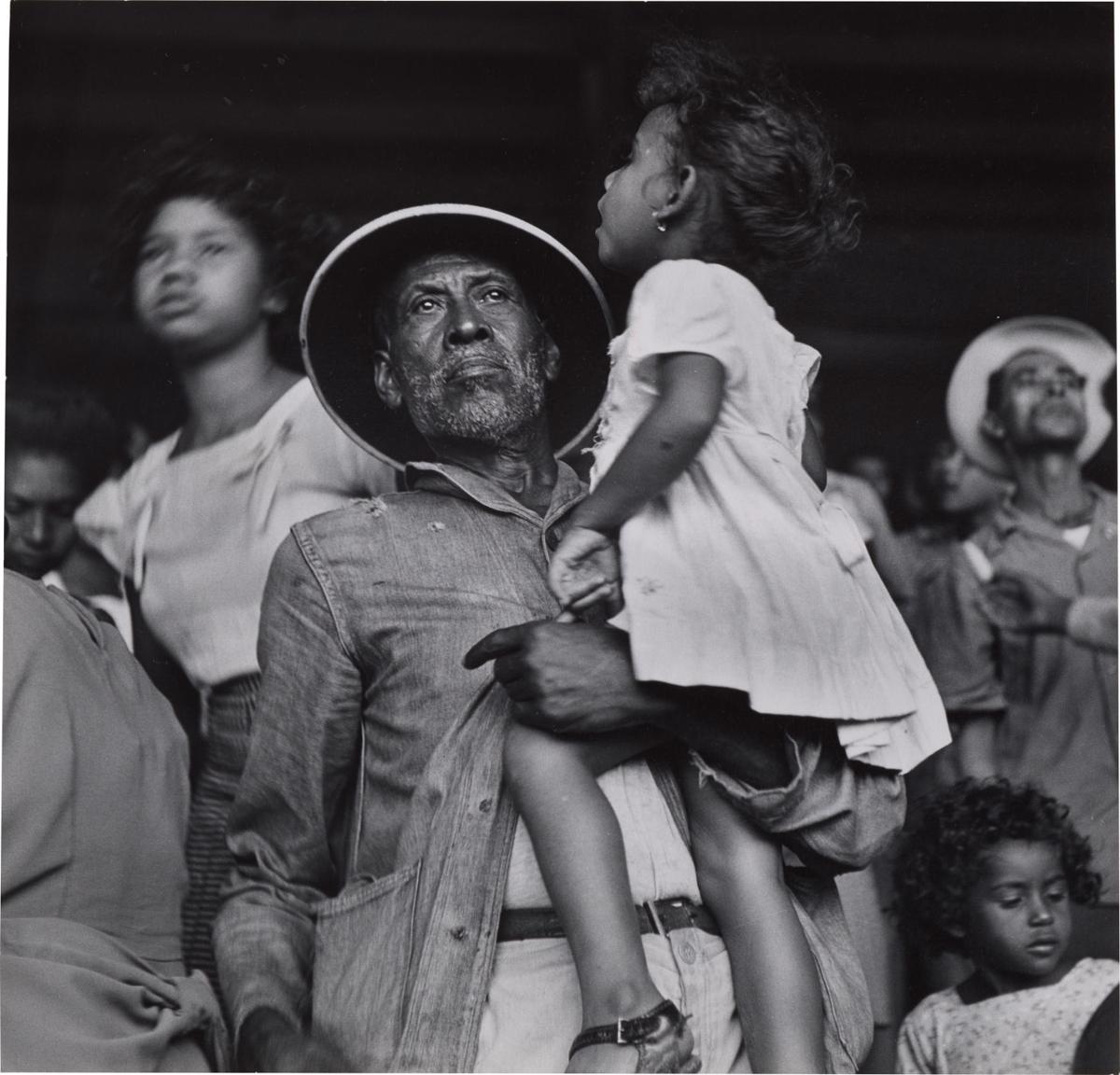 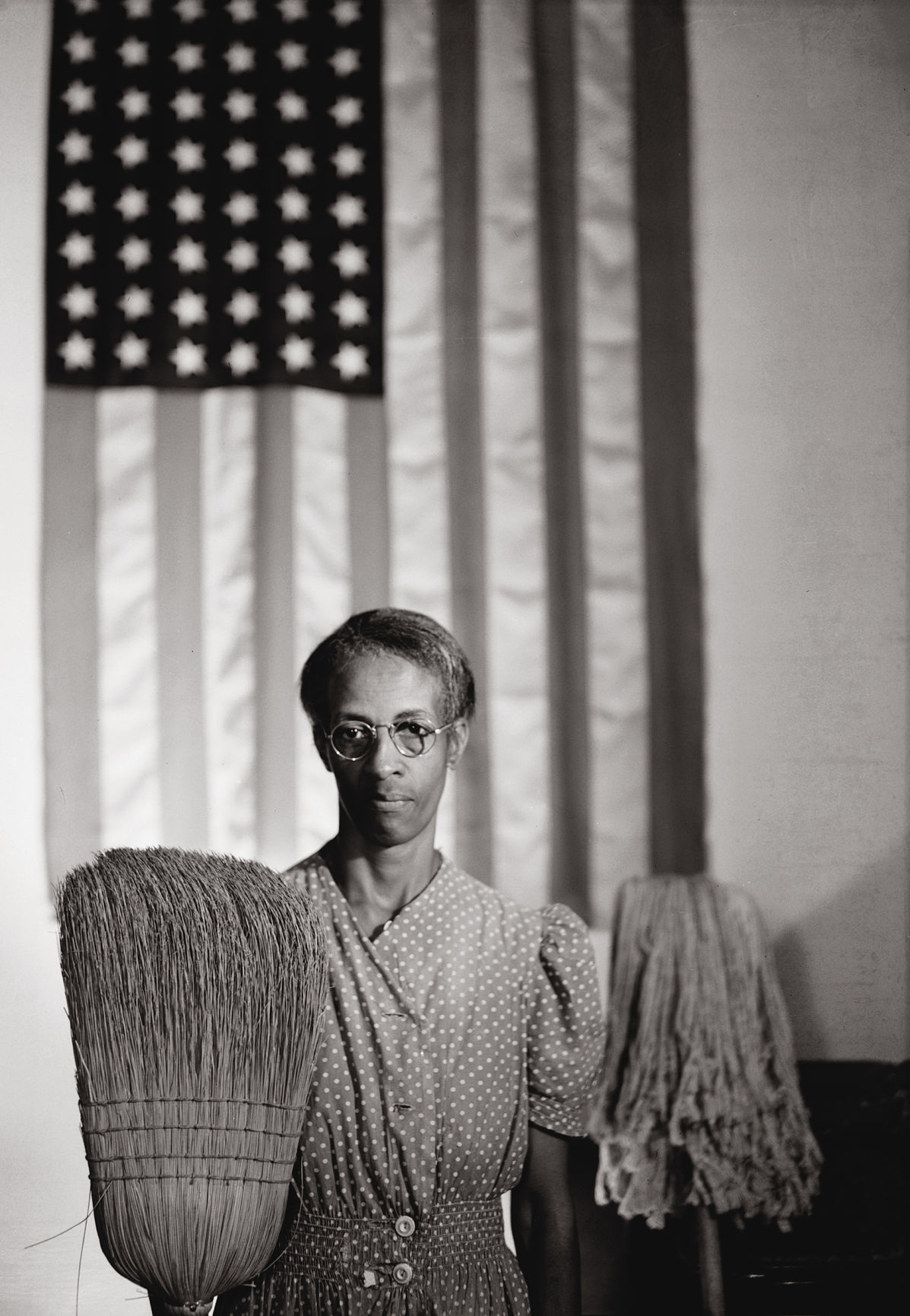 While Bill Traylor in Montgomery, Ala., was using drawing paper and pencil to create his remarkable works, another African–American artist was beginning a career that would take him around the world starting with his purchase of a camera at a pawnshop.

“Gordon Parks: The New Tide, Early Work 1940-1950” at the National Gallery of Art is a study not only of light and dark in black and white photography but of the sharp economic and racial contrasts in American society in the years around World War II.

A self-taught photographer, Parks created narratives in photojournalism that document the time of his life starting with his first works appropriately grouped, like the title of his autobiographical work, “A Choice of Weapons (1940–1942).”

Here are the elegant society portraits that established Parks’ career as a professional photographer in Saint Paul and Minneapolis as well as portraits of renowned poet and playwright Langston Hughes, philosophy professor and architect of the New Negro movement Alain Locke, and opera singer Todd Duncan. Parks also covered events such as the South Side Community Art Center dedication in Chicago in May 1941 with First Lady Eleanor Roosevelt in attendance.

“Government Work (1942)” is a collection from his time with the Farm Security Administration. Tasked with photographing the Frederick Douglass Dwellings, public housing constructed in D.C.’s Anacostia neighborhood for defense workers, he captured the pleasant ordinary moments like a mother looking through her kitchen window at her children in the yard as she prepares the evening meal or young children jubilant motion in play.

These are a sharp contrast to another group of black and white photographs in “The Home Front,” which document the grimness of the Southwest Washington area where Parks lived for a while, amid substandard housing slated for removal.

Parks is probably best known for “Washington, D.C. Government charwoman (American Gothic).” In his continuing efforts to document racism and inequality in D.C., he photographed Ella Watson at her job, posed with her mop and broom in front of an American flag. His photographs chronicling her life with her family in their home and at church reveals more about the remarkable woman behind the iconic portrait.

“Standard Oil (1944–1948)” includes rarely seen work Parks produced for Roy Stryker at Standard Oil Company (New Jersey) for a public relation campaign during wartime shortage. He traveled throughout the Northeast United States and into Canada to capture the “face of oil,” in the grittiness of its workers: coal workers, refinery operators, pipe fitters, railroad workers, grease makers, drilling crews, and miners, in the cities, towns, schools, shops, and farms that depended on the petroleum industry.

Parks truly photographed humanity in its diversity. There are many portraits of noted persons like singer Marian Anderson and the educator Mary McLeod Bethune. There are also photographs of the unknown like fishermen in Gloucester, Mass.

“Mass Media (1945–1950)” focuses on Parks’ photography for major fashion and lifestyle magazines, including Ebony, Circuit’s Smart Woman, and Glamour. As the first African–American photographer for Life magazine in 1949, he covered the high-fashion scene in Paris as well as stars like actress Ingrid Bergman on the set of the film “Stromboli.” Along the way, he documented segregation, street life and poverty from Puerto Rico to Paris and Portugal.

From a struggling beginning in life, through these significant early years of his career, Parks would then go on in the next 50 years to be the first African–American director of a major Hollywood film with “The Learning Tree” (1969), followed by “Shaft” (1971).

With his camera carefully aimed, Parks created this legacy of images of how the world looks and how we look at it.

‘Trapped in abandoned building by a rival gang on street, Red Jackson ponders his next move’ by celebrated photographer and film director Gordon Parks is on display at the National Gallery of Art through Feb. 18.