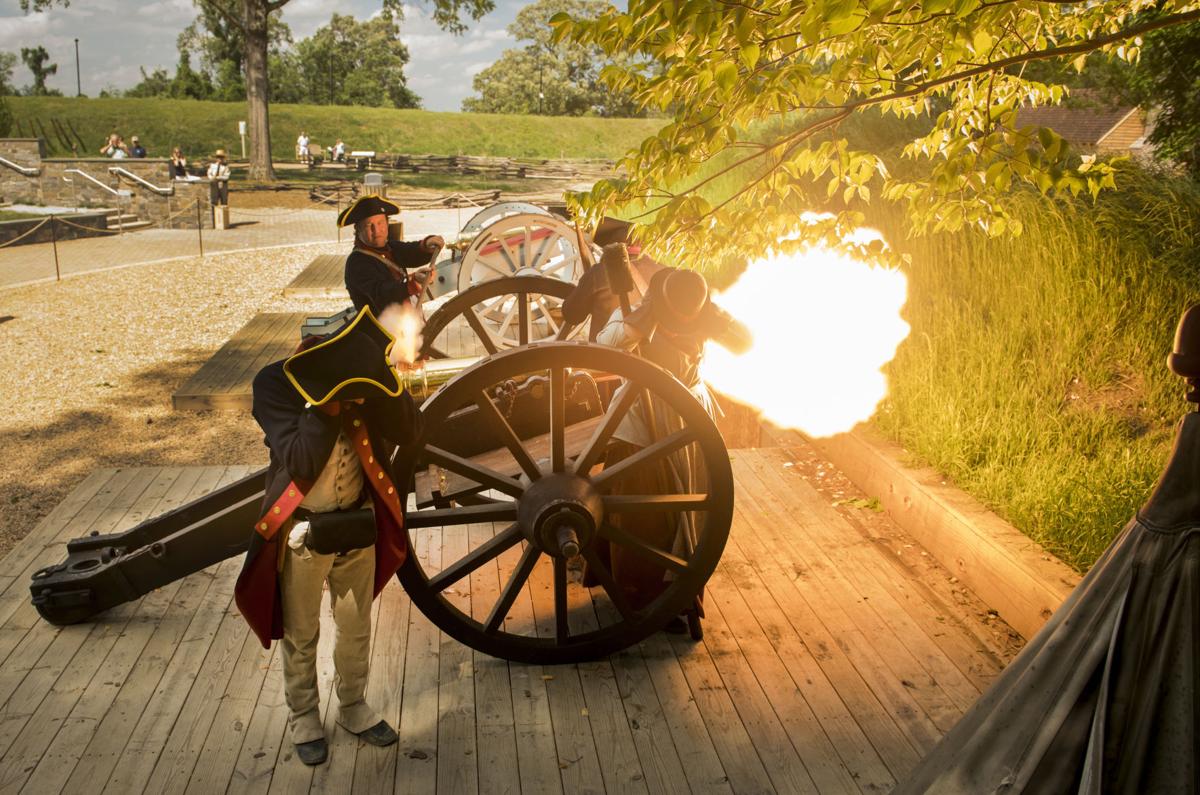 A cannon brings history to life at the American Revolution Museum at Yorktown. 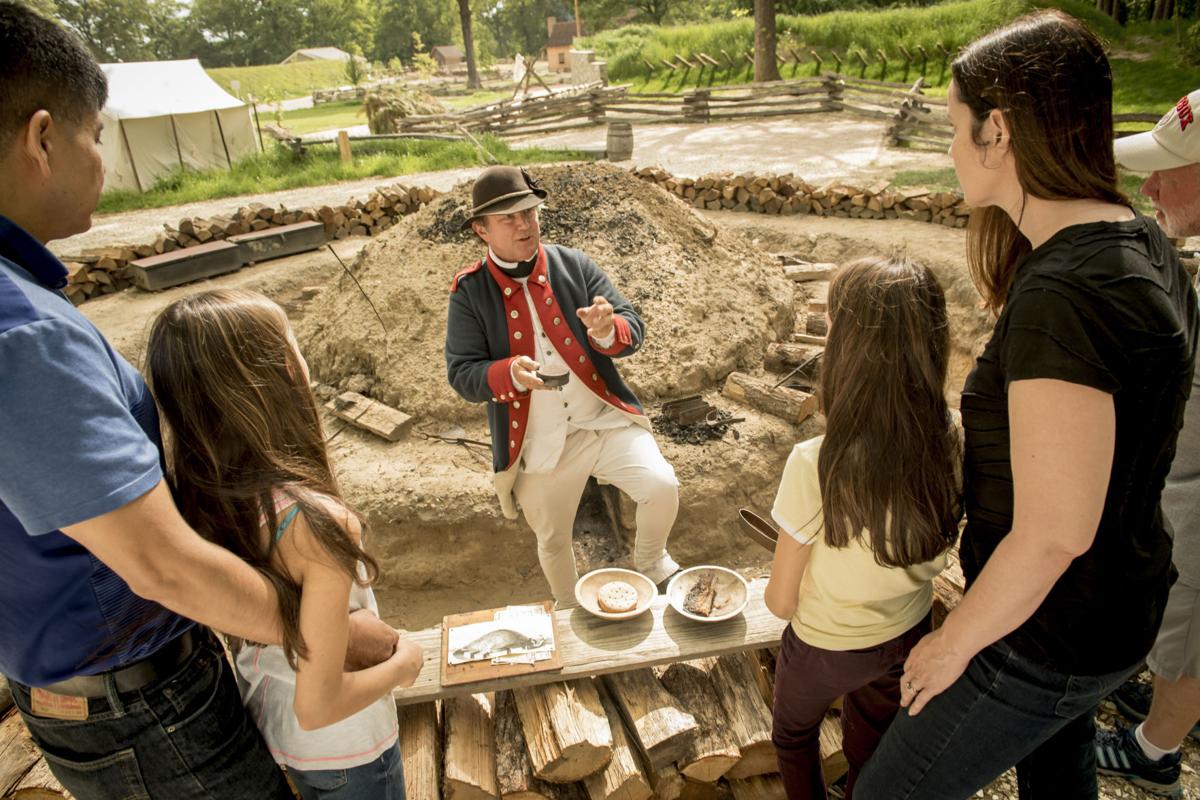 A living-history lesson at the American Revolution Museum at Yorktown. 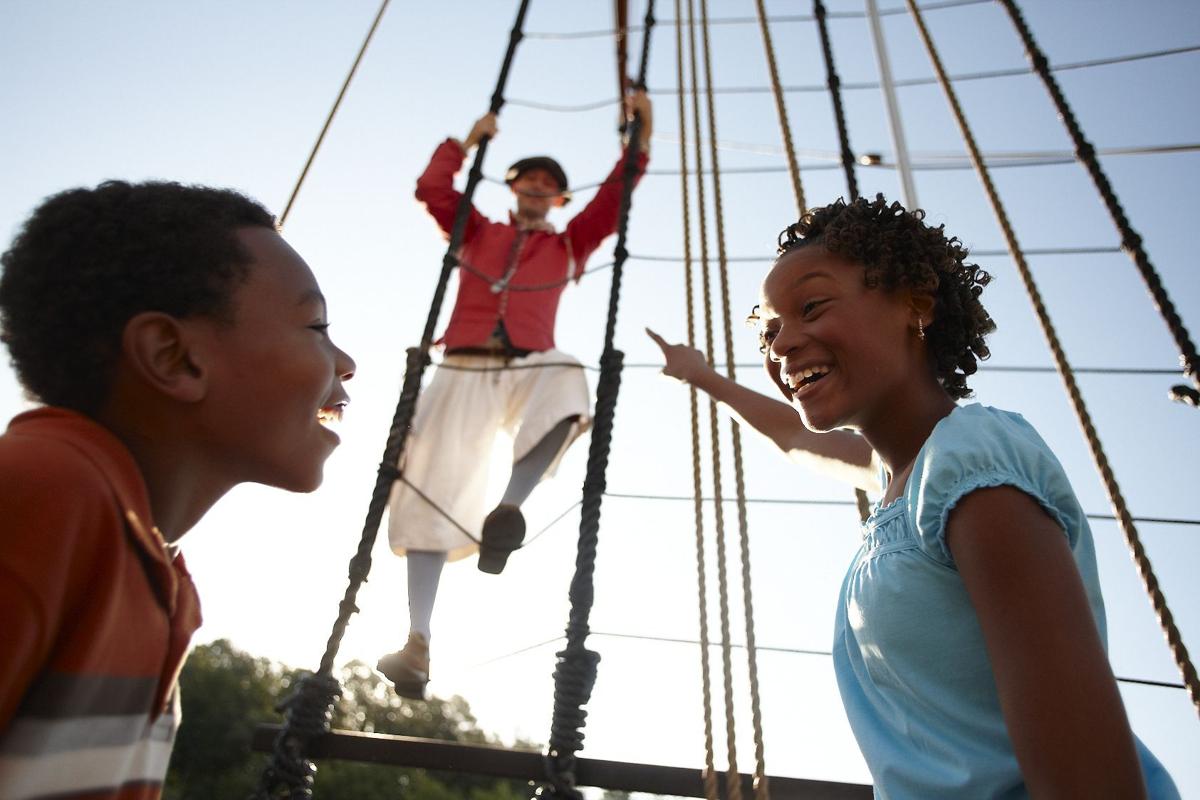 The Jamestown Settlement is offering special classes for students who want to study American history at home. 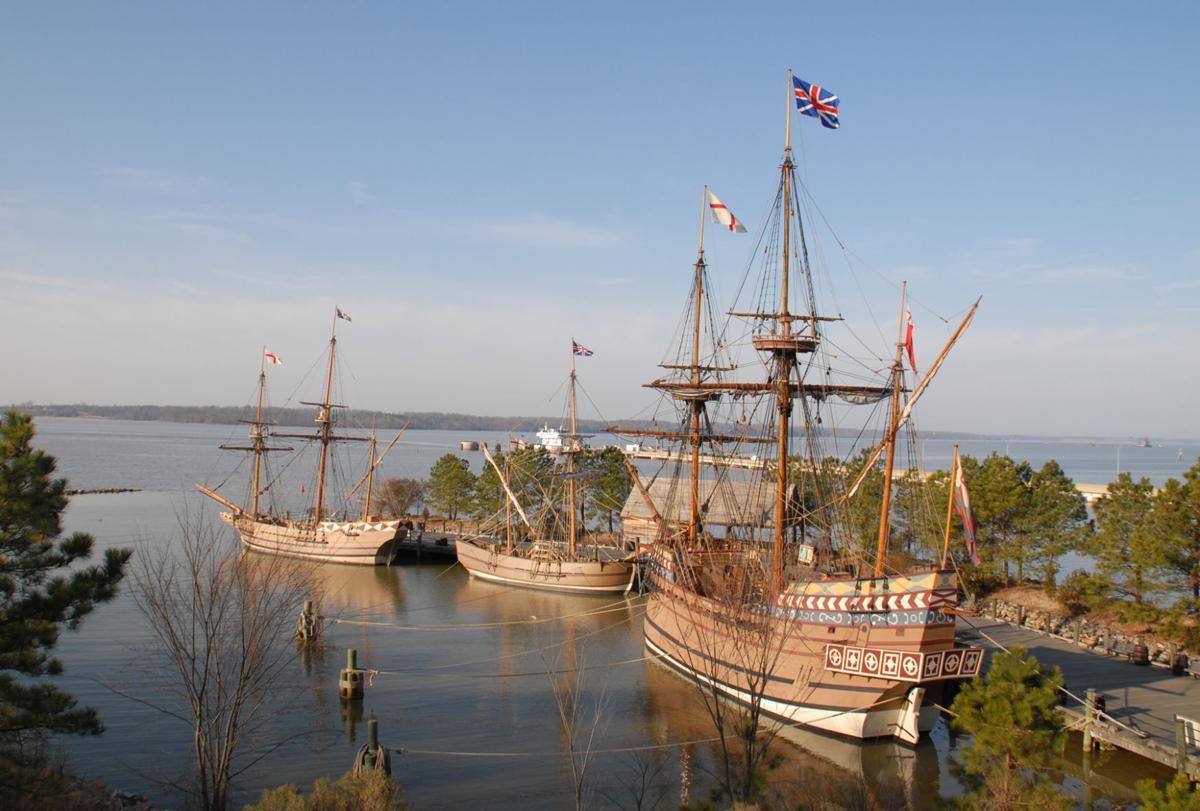 For the 18th year, the folks at the Jamestown–Yorktown Foundation will host their Homeschool Days program, which will include onsite and online activities at both historical sites. Through Sept. 20, for $13 per family member, participants in the program will have the opportunity for unlimited visits to both the Jamestown Settlement and the American Revolution Museum at Yorktown, as well as access to online videos, activities and programs.

New onsite and virtual activities and programs, designed to meet the needs of the times, are offered for both sites, including virtual prerecorded tours, related live-streamed question-and-answer sessions with educators, and in-person access to education stations where visitors have opportunities to engage with museum educators on a variety of topics.

The virtual tours go far beyond a camera following guides as they talk about various exhibits or objects. They are designed to stimulate curiosity by incorporating reenactments, demonstrations by costumed educators, and highlights of displays in the sites’ galleries. The goal is to provide in-depth and meaningful understanding of the history of our nation and its first inhabitants. Serving as a prelude to interactive live-streamed question-and-answer sessions with educators, they include a printable worksheet with “points to ponder” questions and the videos are interspersed with prompts to pause, where children can record their answers throughout, culminating with a question that can be submitted to the hosts of the subsequent Q&A sessions.

This year’s Homeschool Days programs are open to all families that are teaching at home, including students who are engaging in a hybrid learning program of both virtual and in-home activities.

The virtual tour at the Jamestown Settlement—the first permanent English settlement in America—examines the unique features of the three cultures of its residents: the Powhatan Indians, the English who arrived in 1607, and the forced arrival of Africans in 1619.

“We look at who was here before us, and we take a hard look into the past and how those three cultures coming together created our diverse nation and its complexities today,” said Abrams. “Children can engage with the tour at their own level and its designed to provide an introduction to the site and the people and their lives in 17th-century Virginia.”

Viewers are encouraged to record their thoughts on issues ranging from the ties the Powhatan lifestyle had to the seasons and the impact of the introduction of tobacco as a cash crop in America, to the pros and cons of choosing to board one of the three ships for the 144-day voyage from England to America in 1606. The challenges to those who set sail are underscored by a demonstration of the rudimentary tools that were developed to chart the progress of the ships on the dangerous seas and descriptions of the grueling work of the crew members.

The tours also provide information on the processes of procuring and preserving food that both the Powhatan and English engaged in, as well as contrasting elements of their cultures.

At the Jamestown site, educators at the new education stations will explore topics such as the arrival of the first documented Africans in Virginia, mapping of the early colony, and exploring archaeology and how modern science can help shape our understanding of the past. The stations will be active on Sept. 11, 14, 16, and 18 from 10 a.m. to noon and 1–3 p.m.

The American Revolution Museum at Yorktown

The virtual tour of the American Revolution Museum looks at the choices that different groups of people made during the revolutionary period, and the consequences of those decisions—most importantly, whether to join the war for independence or be loyal to England. Even the choice to remain neutral was not a safe position. It could bring dire consequences and distrust from both sides of the war. The tour also elicits thoughts and discussions on what it meant to sign the Declaration of Independence.

In addition, both virtual and onsite exploration of the Continental Army Encampment at Yorktown brings to life the conditions that the soldiers endured. Though they were ensured food and shelter, meals were often much less than anticipated and “shelter” could mean that six men slept in one small tent on a pile of straw and, hopefully, a blanket. The encampment also includes demonstrations of military drills and a detailed explanation of the weaponry that was used in battle.

Viewers and visitors also learn that the enslaved people faced a choice of whether to join the cause of the patriots, given that, with the 1775 Dunmore Proclamation, the English promised freedom to those who fought on their side.

Onsite visitors have an opportunity to view short films in the museum’s various theaters, including “Liberty Fever” that shows how the idea of revolution grew and “The Siege at Yorktown”—an immersive experience enhanced by rumbling seats, flashing lights and simulated fog—where the Patriots’ victory signaled the end of the American Revolution.

The education stations at the American Revolution Museum at Yorktown are offered from 10 a.m. to noon and 1–3 p.m. on Sept. 10, 15 and 17, with presentations on such topics of the experience of various witnesses to the revolution, the lives of enslaved people during the revolution, and the importance of espionage to the revolution, noting a post-war quote from an English officer that “Washington did not really outfight the British. He simply out-spied us.”

“I hope that families will take advantage of the opportunities of these engaging Home School Days offerings. This is a chance to dig deeper into our history and to add to students’ understanding of the founding of our country in an unforgettable way,” said Abrams.

For more information, go to Historyisfun.org.

Maymont features delightful experiences for everyone

Looking for space? Find plenty as you explore the lush gardens at the 100-acre Maymont estate in Richmond.

A cannon brings history to life at the American Revolution Museum at Yorktown.

A living-history lesson at the American Revolution Museum at Yorktown.

The Jamestown Settlement is offering special classes for students who want to study American history at home.