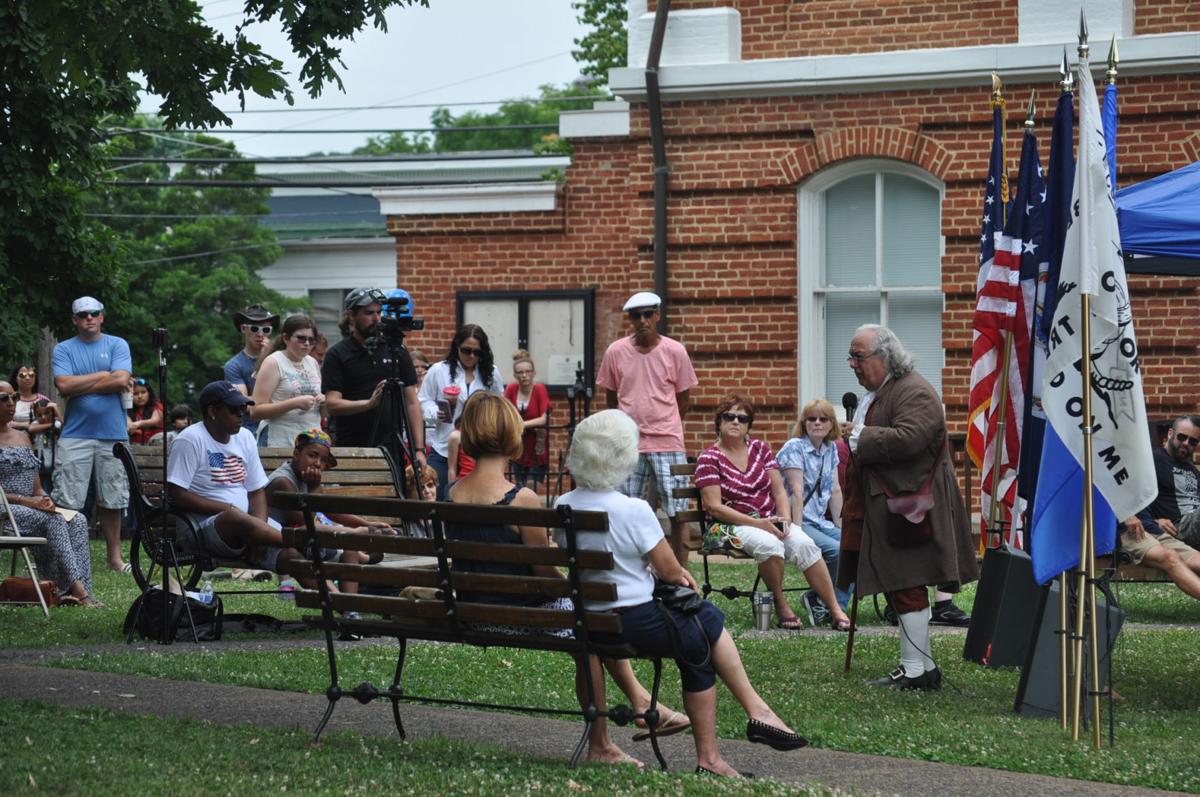 ‘Ben Franklin’ greets people assembled for the July 4, 2017, Patriotic Presentation in the courtyard of the Culpeper County Courthouse. 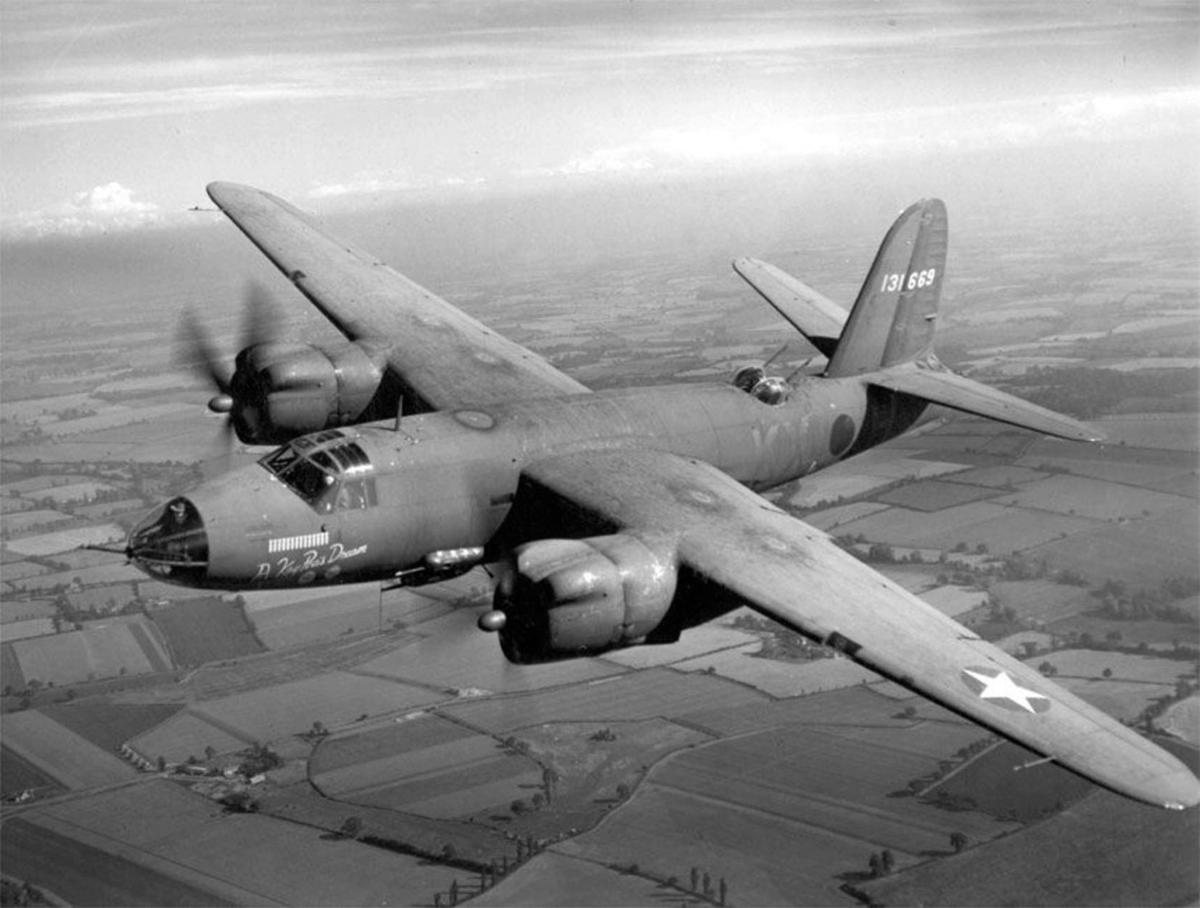 A machine-gun turret from a World War II twin-engine B-26 bomber will be exhibited during the patriotic presentation.

Culpeper’s annual Independence Day Patriotic Presentation and fireworks display will be held Saturday in a different location than usual in the town as part of a scaled-back holiday amid the continuing COVID-19 pandemic.

The Culpeper Minutemen Chapter of the Sons of the American Revolution will lead the patriotic program at 1 p.m. on the Culpeper County Courthouse lawn on West Davis Street.

The gathering will be conducted in accordance with applicable state orders, to include distance and masks.

Pilots with the Commemorative Air Force’s local Capital Wing will fly over the courthouse and downtown Culpeer in vintage World War II aircraft at 1 p.m.

In an unusual twist, the courthouse event will also feature a rare relic from World War II aviation.

The CAF’s Capital Wing, based at Culpeper Regional Airport, will display an original machine-gun turret from a twin-engine B-26 bomber, with two Browning .50-caliber machine guns. A medium bomber built in Baltimore, Md., by the Glenn L. Martin Co., the B-26 saw extensive service during the war.

The historically significant turret, manned by a gunner, was the first powered dorsal turret fitted to a U.S. bomber.

It will give event attendees a small taste of the Capital Wing’s Warbird Showcase, its first airshow of this year’s COVID-curtailed season, on July 11 at the Culpeper airport. The public is invited on warbird rides that day aboard three WWII aircraft—a Stinson L-5 Sentinel forward air controller plane, a Boeing PT-17 Stearman biplane and a North American T-6/SNJ fighter trainer. Buy tickets in advance by emailing CapitalWingCAF@gmail.com.

Also at the courthouse, the Capital Wing’s mobile PX will enable people to buy airplane models and aviation-themed hats and T-shirts.

The town will set off fireworks beginning around 9:15 p.m. from Rockwater Park’s heights along Madison Road on the town’s south side.

But no public gathering will be permitted in the park, which will be closed to the public at 4 p.m. Saturday. There will no access to the parking lot, the town said in a statement. “Residents and visitors wanting to see the display should be able to see the fireworks from anywhere within the town limits,” town officials said.

Updates on the fireworks display and any severe weather conditions that would alter the schedule will be posted on the Facebook pages of the Town of Culpeper and Culpeper Tourism.

‘Ben Franklin’ greets people assembled for the July 4, 2017, Patriotic Presentation in the courtyard of the Culpeper County Courthouse.

A machine-gun turret from a World War II twin-engine B-26 bomber will be exhibited during the patriotic presentation.