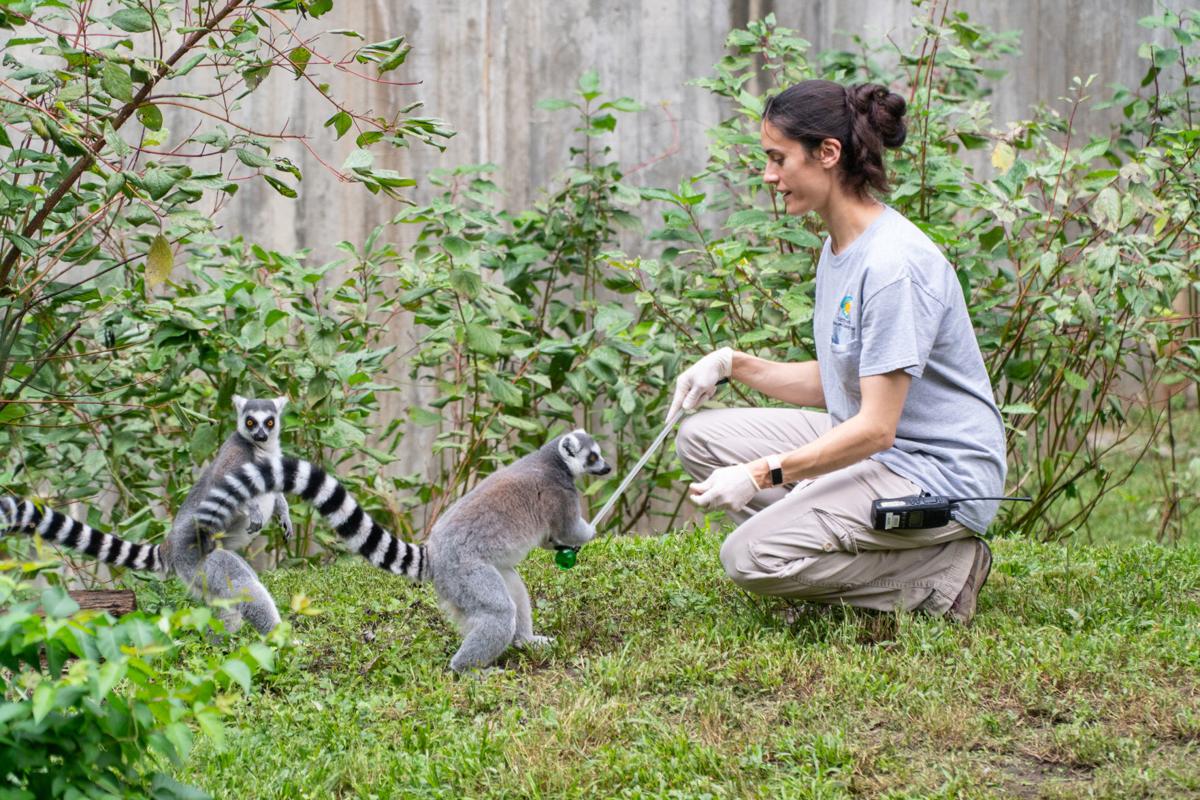 Animal keeper Alex Reddy checks in with a pair of ring-tailed lemurs at the National Zoo in Washington, D.C. 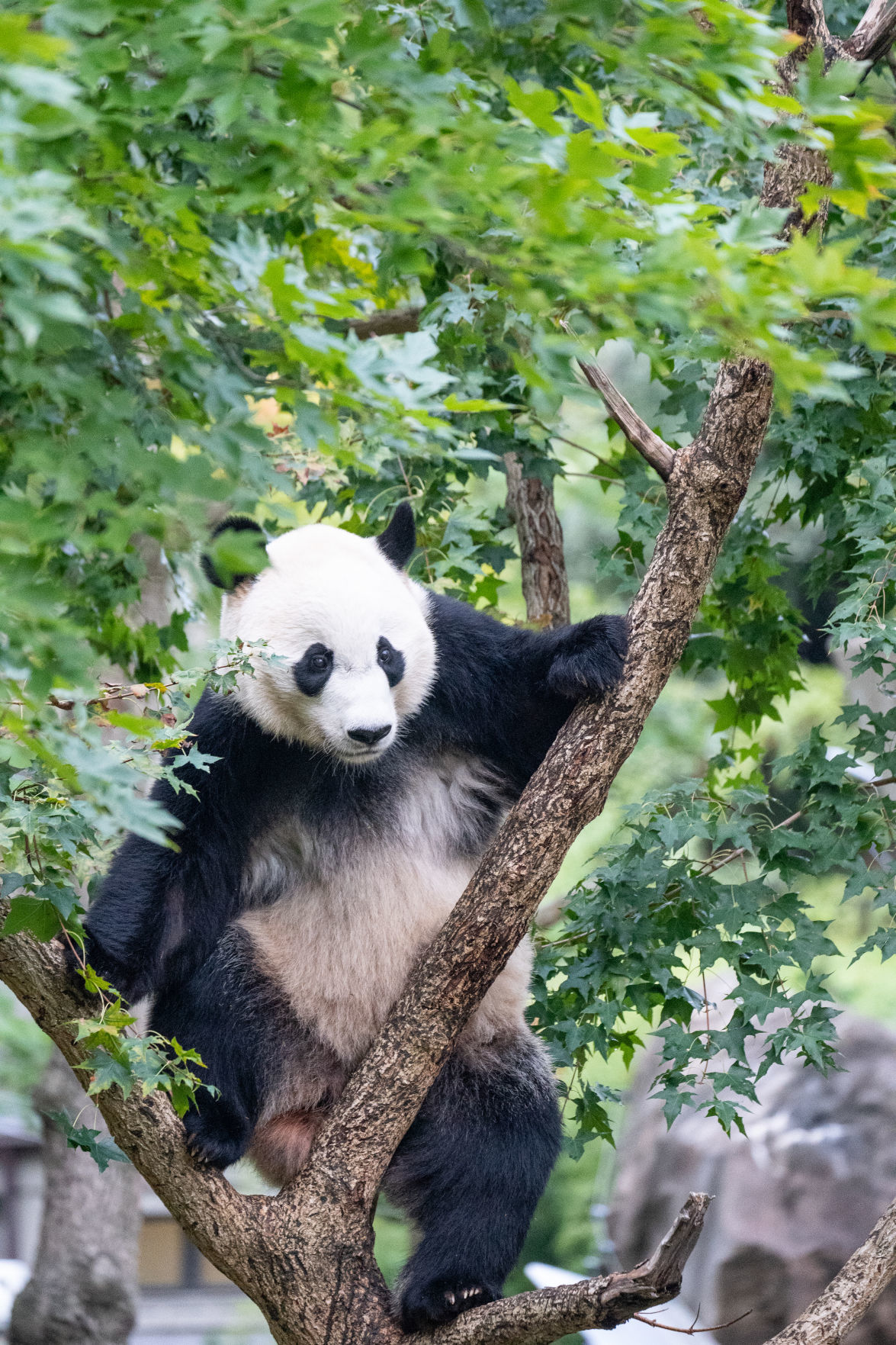 Bei Bei in the Giant Panda Habitat at the National Zoo. 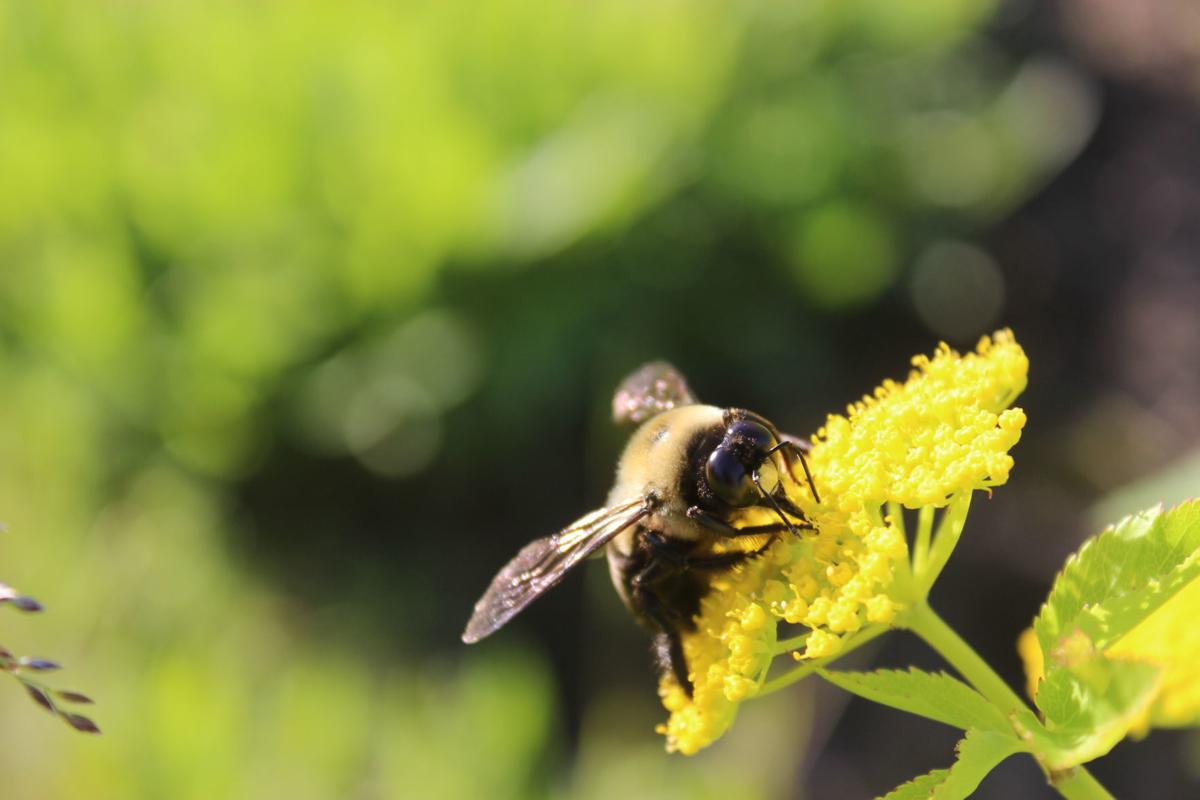 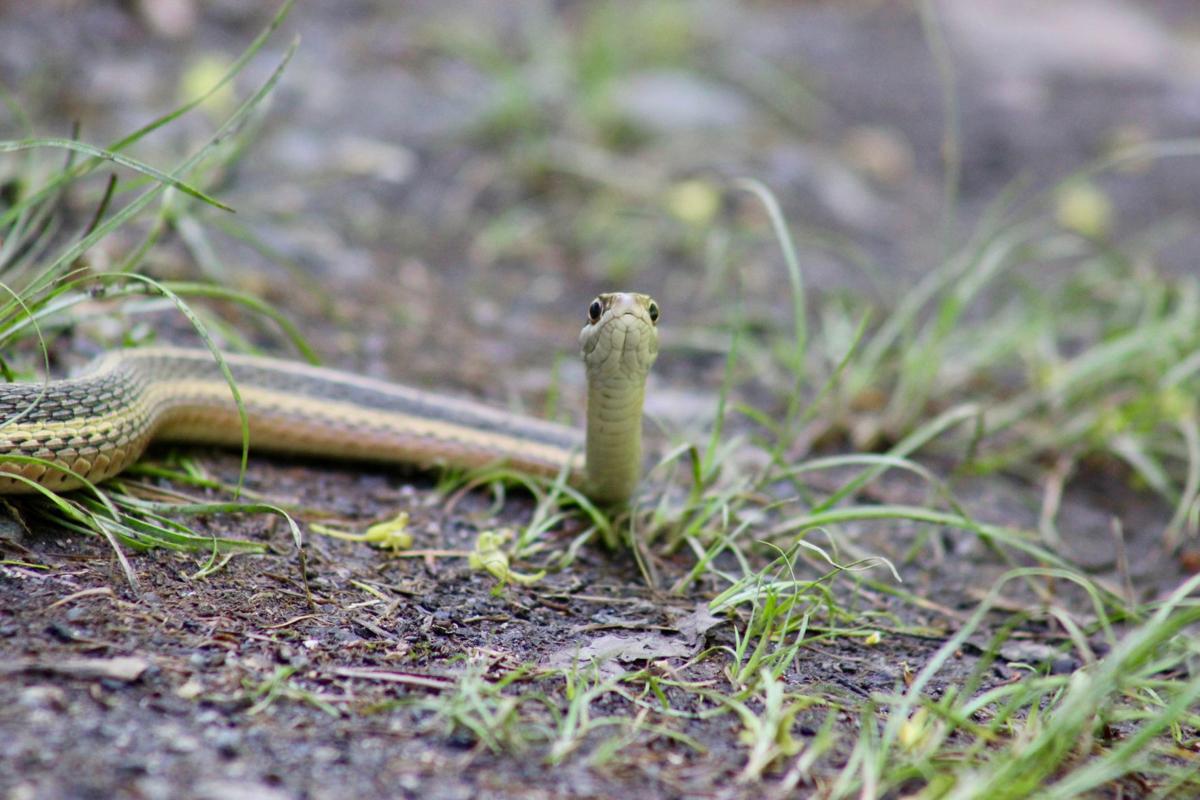 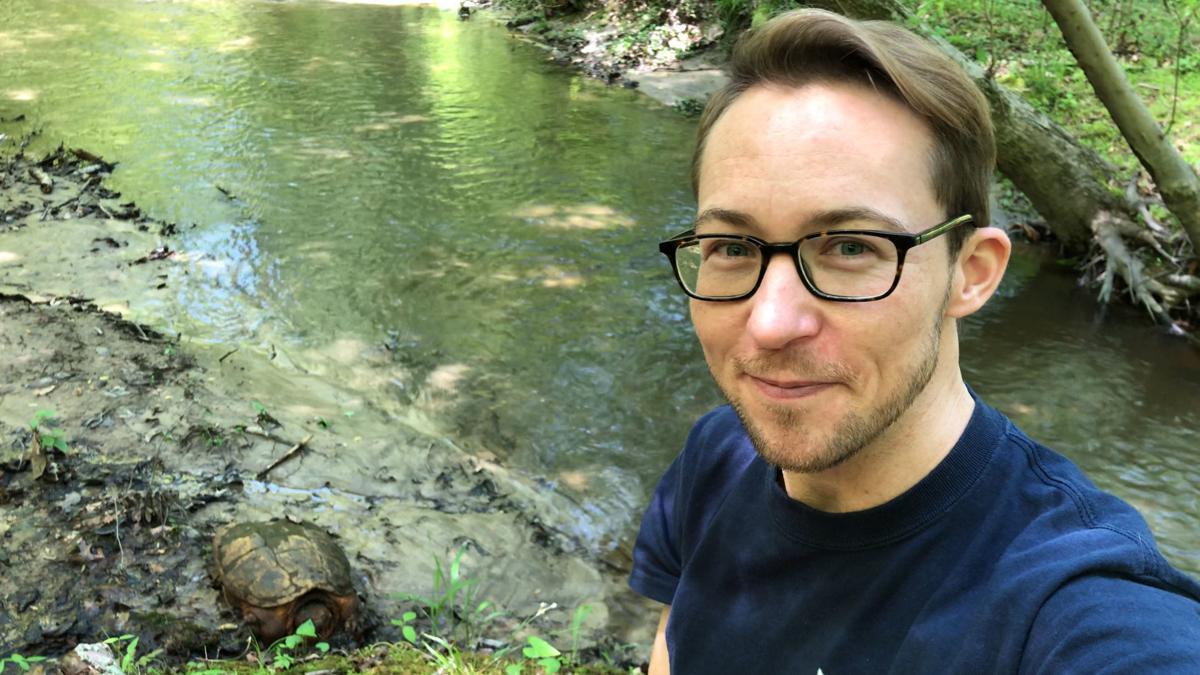 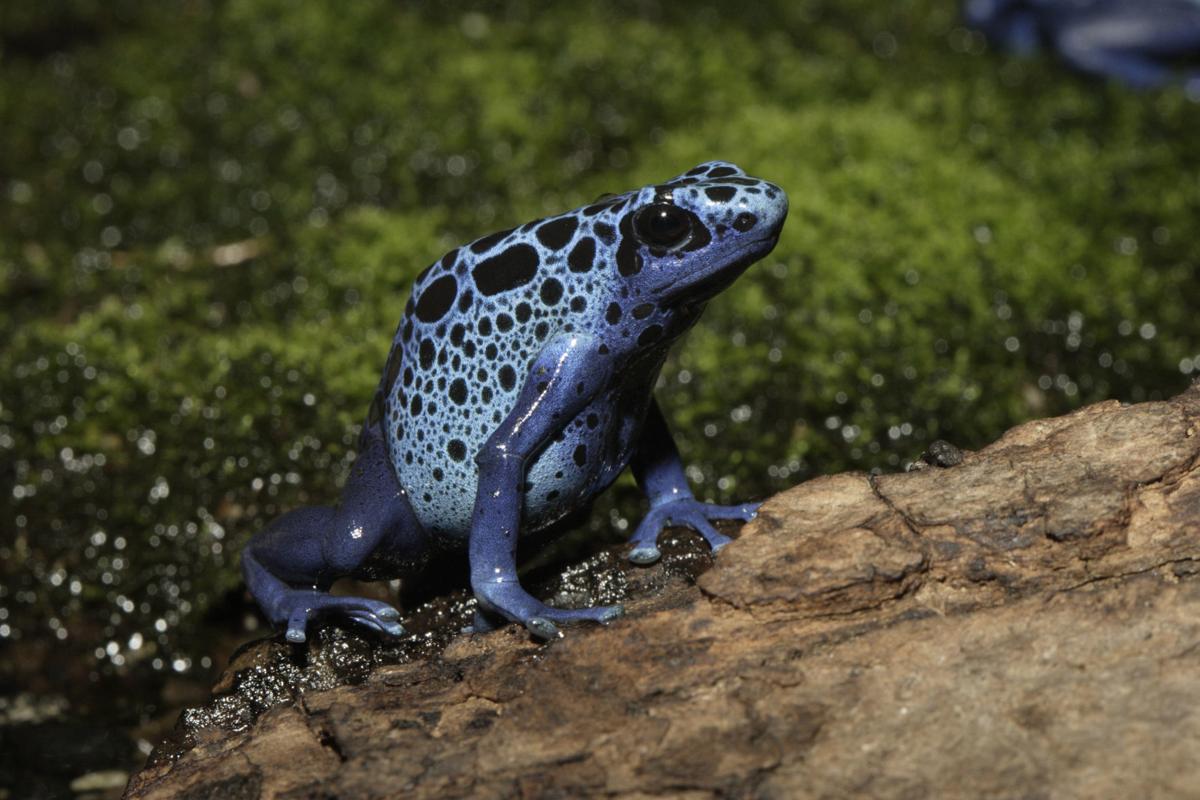 Learn about the blue poison frog and other amphibians online. 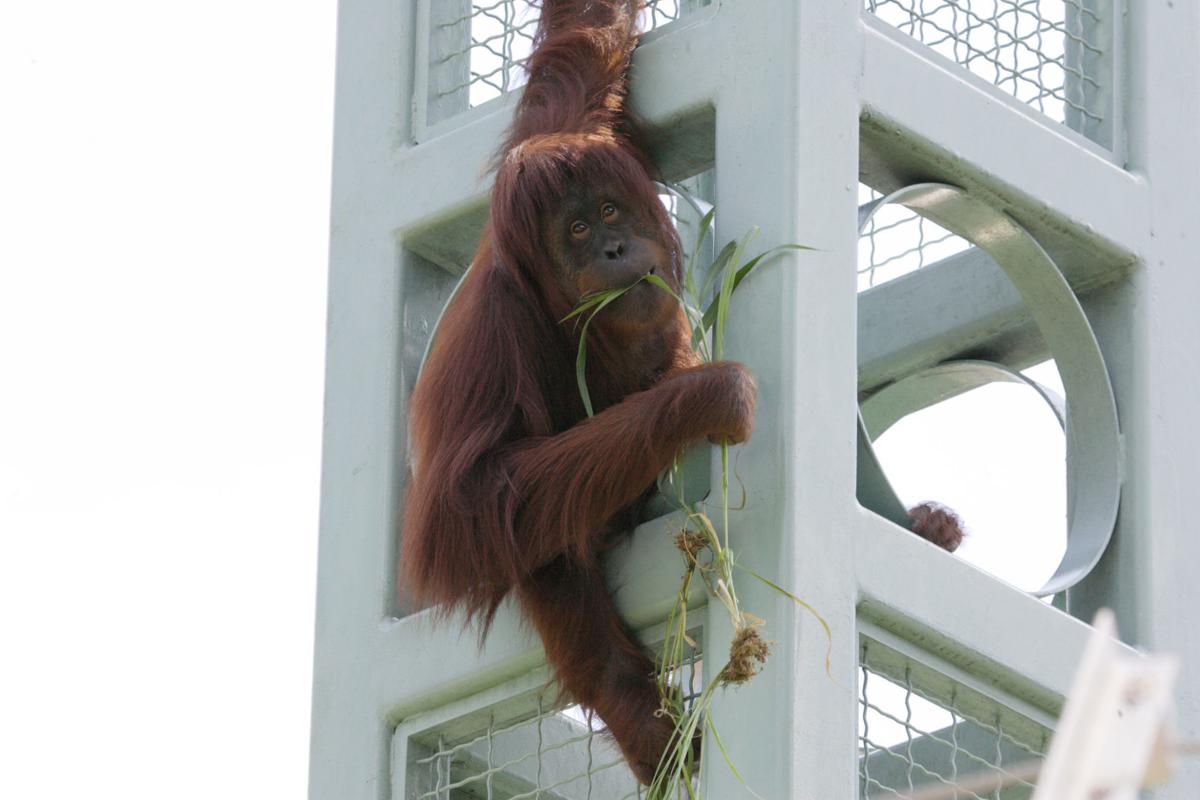 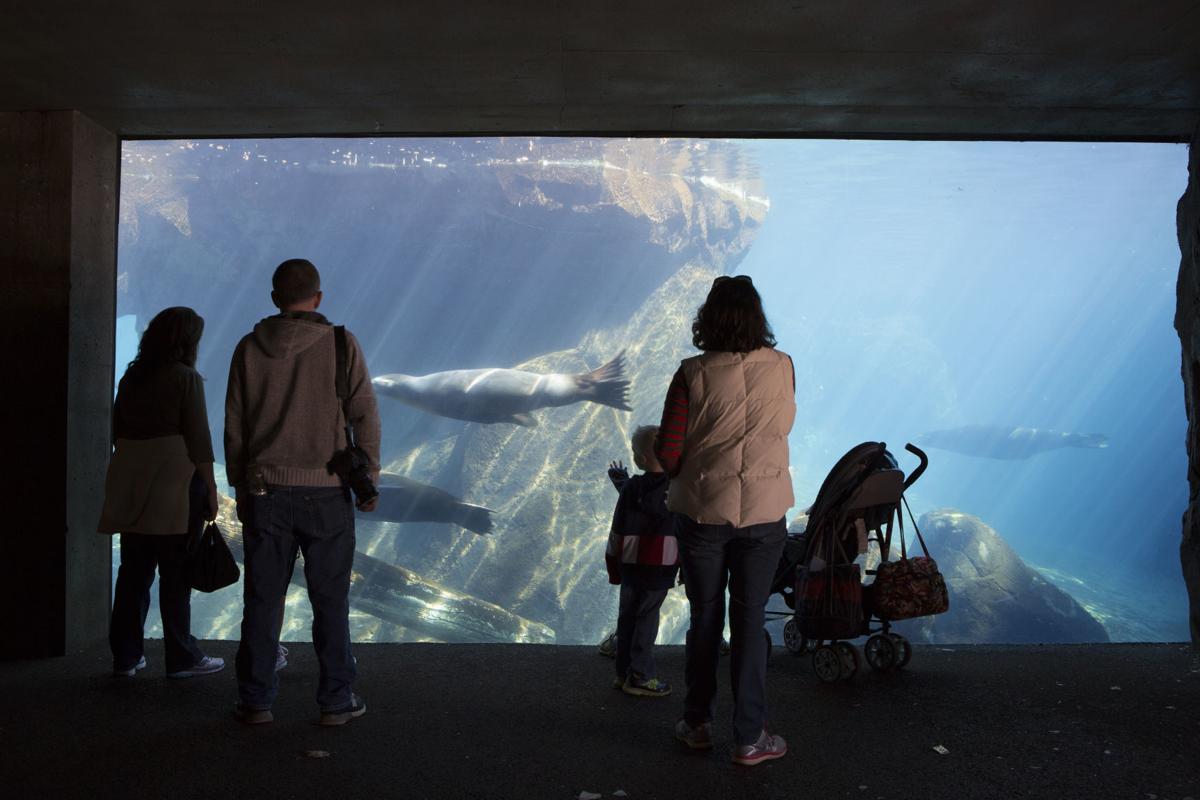 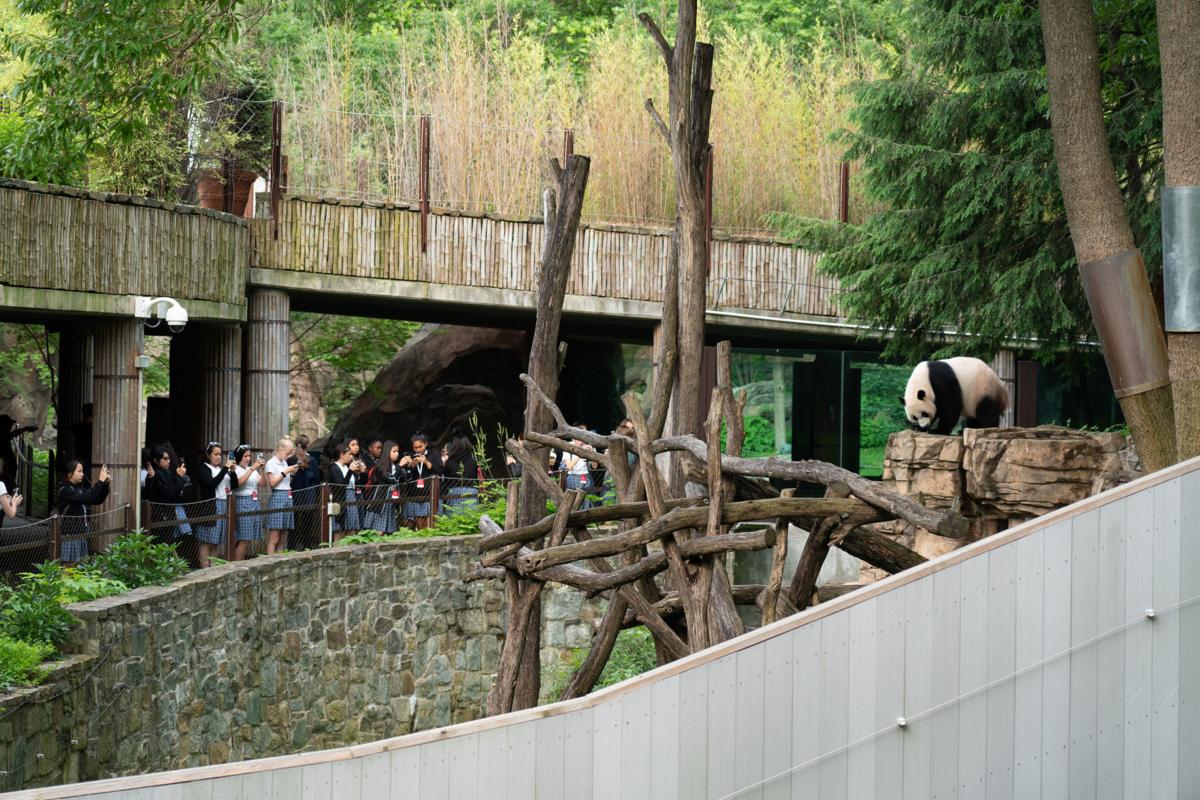 Mei Xiang works the crowds at the National Zoo, which is now closed because of the pandemic. 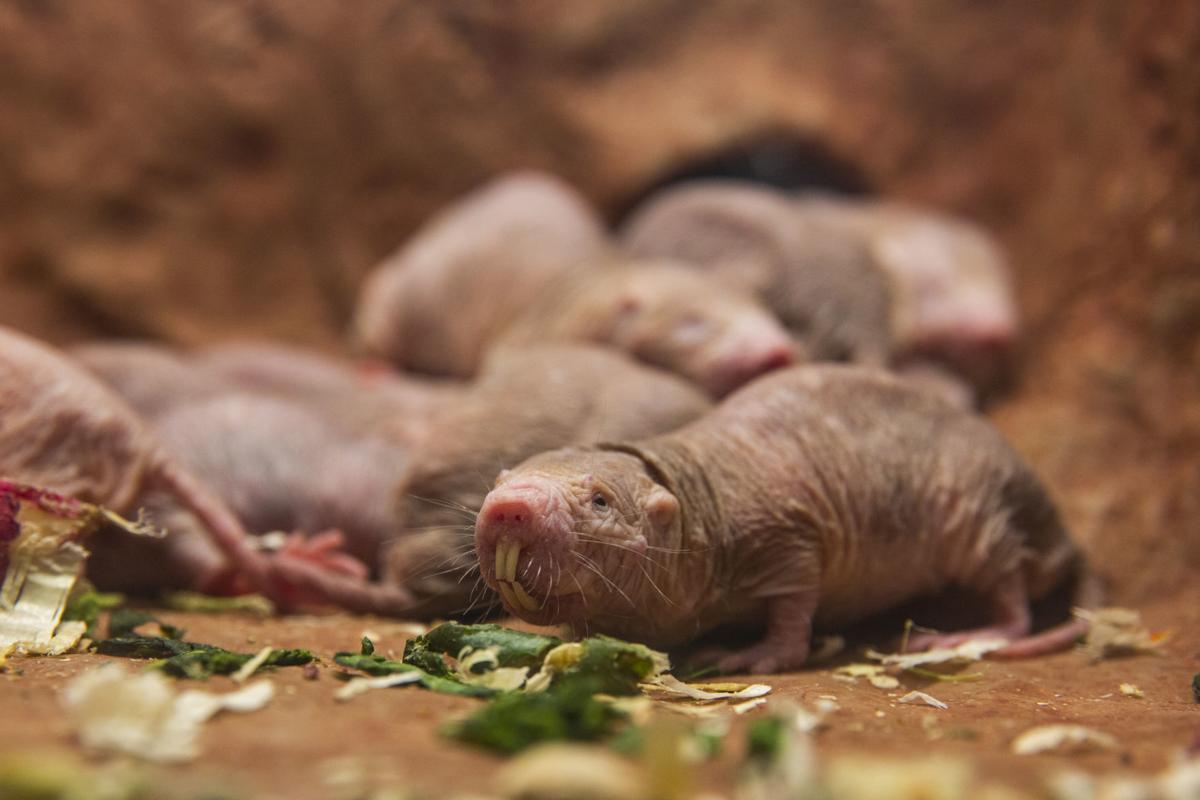 Naked mole-rats in their new exhibit in the Small Mammal House. 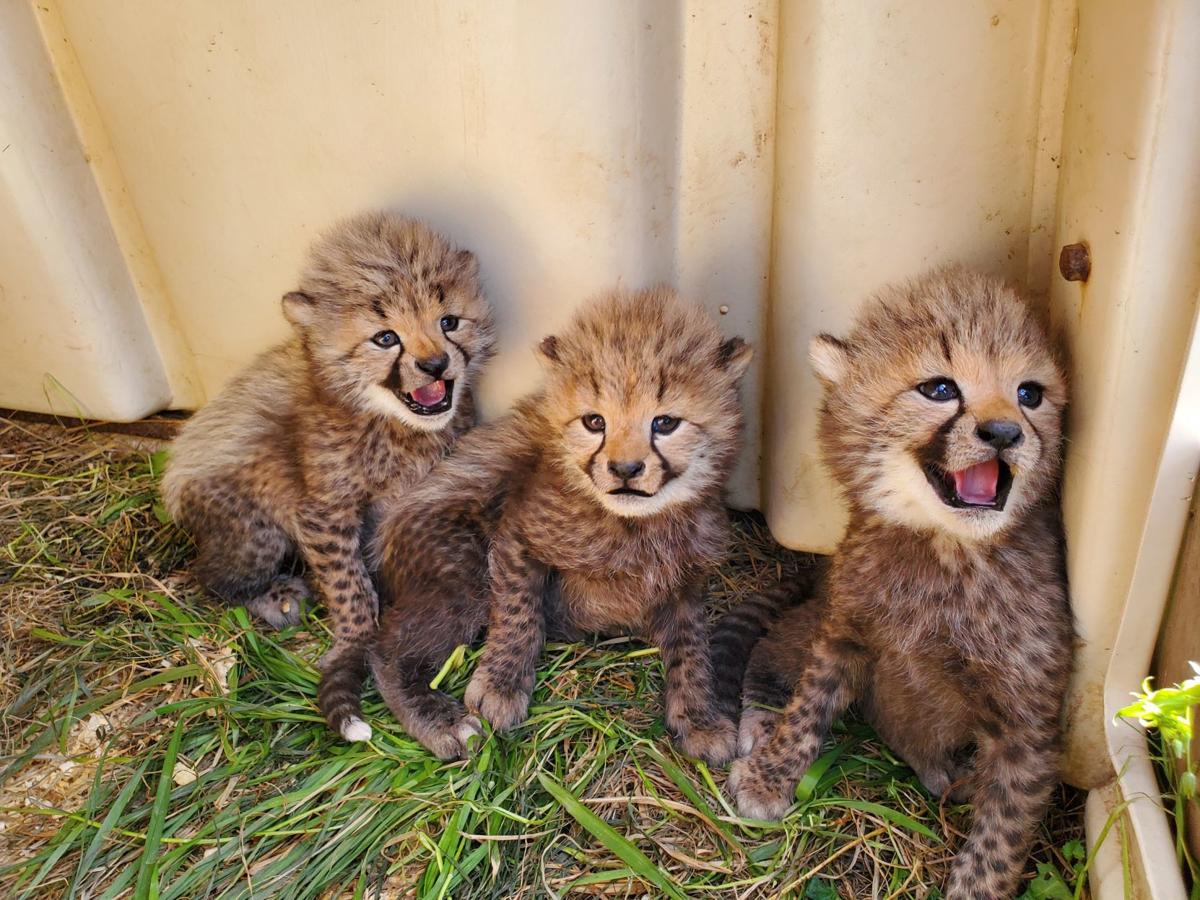 Echo gave birth to three male cubs and one female cub in April at the Smithsonian Conservation Biology Institute in Front Royal.

The folks at the National Zoo saw a temporary closure not as a problem but as an opportunity, and they worked together to tailor their offerings for an expanded audience of virtual visitors through innovative, educational and fun-filled online activities.

“We just wanted to have a variety of offerings with different levels of engagement for a spectrum of audiences, including different ages, teachers and families who want to do activities at home,” said Erika Novak, Digital Learning Experiences Manager at Friends of the National Zoo. “We compiled all of our online activities so they are easily accessible under the education tab of our website.”

Among these offerings is a packet for a self-guided tour called “All About Amphibians,” which highlights a range of animals from frogs and toads that they might discover in their own environs to exotic creatures such as the Giant Japanese Salamander that can grow to be 5 feet long. Along the way, virtual visitors will be introduced to a sampling of a total of 8,000 amphibians that exist throughout the world. They can also learn about their unique features as well as the common traits—such as being at home both on land and in water, and the specialized skin that allows some species to breathe without lungs or gills. Viewers can also explore and contrast the features of frogs and toads, such as the differences in their skin and the patterns in which their eggs are laid. In a section that compares amphibians with reptiles, they will learn about their fascinating journey of metamorphoses through which a tadpole eventually emerges as a frog. These memorable lessons are conveyed through videos, amazing close-up photos and illustrations.

The intriguing world of amphibian life may spark a desire in children to explore the world around them. A series of videos called “Explore Beyond Your Door” features nature hikes led by guide Kaden, who unveils the wonders of the great outdoors with buoyant enthusiasm.

“The goal of Explore Beyond Your Door” was to spark that curiosity about the natural world, and we wanted to encourage kids and families to get outside in whatever way they could,” said Novak. “We created a printable journal so families could record and compare their discoveries, and the kids have so much fun. Our host makes finding slime mold just as exciting as finding a big turtle.”

In addition to discovering the wonders of the inhabitants of our local area, the National Zoo’s website also provides visitors with the opportunity to see animals from countries around the world through its real-time webcam streaming videos, which reveal what is happening in the dens of lions, elephants, giant pandas, naked mole-rats, cheetahs and black-footed ferrets.

“These video feeds are the same ones that our animal keepers see, so they are really taking people behind the scenes at the zoo,” said spokesperson Amy Enchelmeyer. “Although the zoo may not be open now, this gives families an opportunity to get up close and personal with animals that they would not typically have. You would never get this close to a cheetah or a black-footed ferret!”

If there was ever a synonym for heart-melting, it would be watching the black-footed ferret webcam view of the six little kits that were born in early May snuggling and suckling around mom Potpie. Also endearing are peeks at the four cheetah cubs, whom many of the public have watched tenderly from their birth in April and may even have participated in naming through the zoo’s survey.

“The cheetah cubs are getting so big and they are so active that they are primarily using the den just for sleeping now,” said Enchelmeyer. “They are out and about. You might catch them in the den for their afternoon nap, but they might also be outside because the weather’s been so nice. You never know where they are going to be!”

To augment the webcam experience for families who are spending their days at home, Novak and her team have designed an education packet that includes activities such as “I Spy at the Zoo” coloring pages of the animals and their habitats, and “If You Were An Animal At The Zoo” exercise in empathy, and even “Zoo Webcam BINGO.”

Other online offerings include instructions and ideas for crafts made of recycled materials, an interactive exploration of the vertical sections of a rain forest and its inhabitants, and an “Earth Optimism” site that presents amazing success stories of conservation efforts for six endangered species.

Pursuing a mission encapsulated as “We Save Species,” the folks at the Smithsonian’s National Zoo and Conservation Biology Institute hope that engagement in its offerings will inspire families to help in their efforts.

“We hope to create a connection with the animals that will encourage people to save the species from extinction. What better way to experience and appreciate wildlife than by watching them grow up on our webcams,” said Enchelmeyer.

“In talking about the endangered species, we don’t want people to feel overwhelmed. With every activity we offer, we talk about small things they can do and choices we can make in our lives to make an impact,” said Novak. “We hope that people who learn about the animals and love watching them on our webcam will become inspired by our suggestions on ways that they can make a difference.”

Beachbound or homebound, here are 10 great books to read during these last weeks of summer.

Animal keeper Alex Reddy checks in with a pair of ring-tailed lemurs at the National Zoo in Washington, D.C.

Bei Bei in the Giant Panda Habitat at the National Zoo.

Learn about the blue poison frog and other amphibians online.

Mei Xiang works the crowds at the National Zoo, which is now closed because of the pandemic.

Naked mole-rats in their new exhibit in the Small Mammal House.

Echo gave birth to three male cubs and one female cub in April at the Smithsonian Conservation Biology Institute in Front Royal.