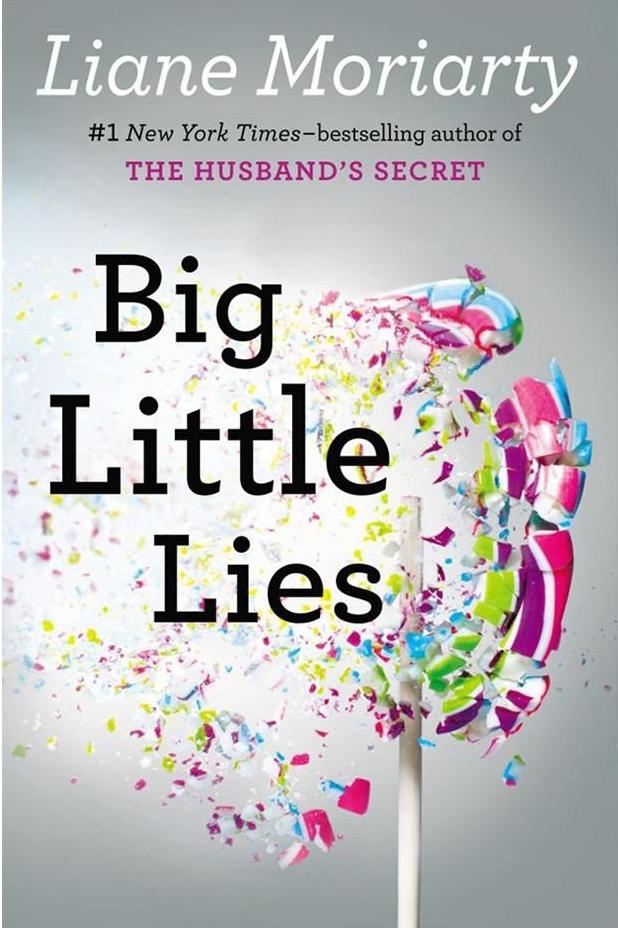 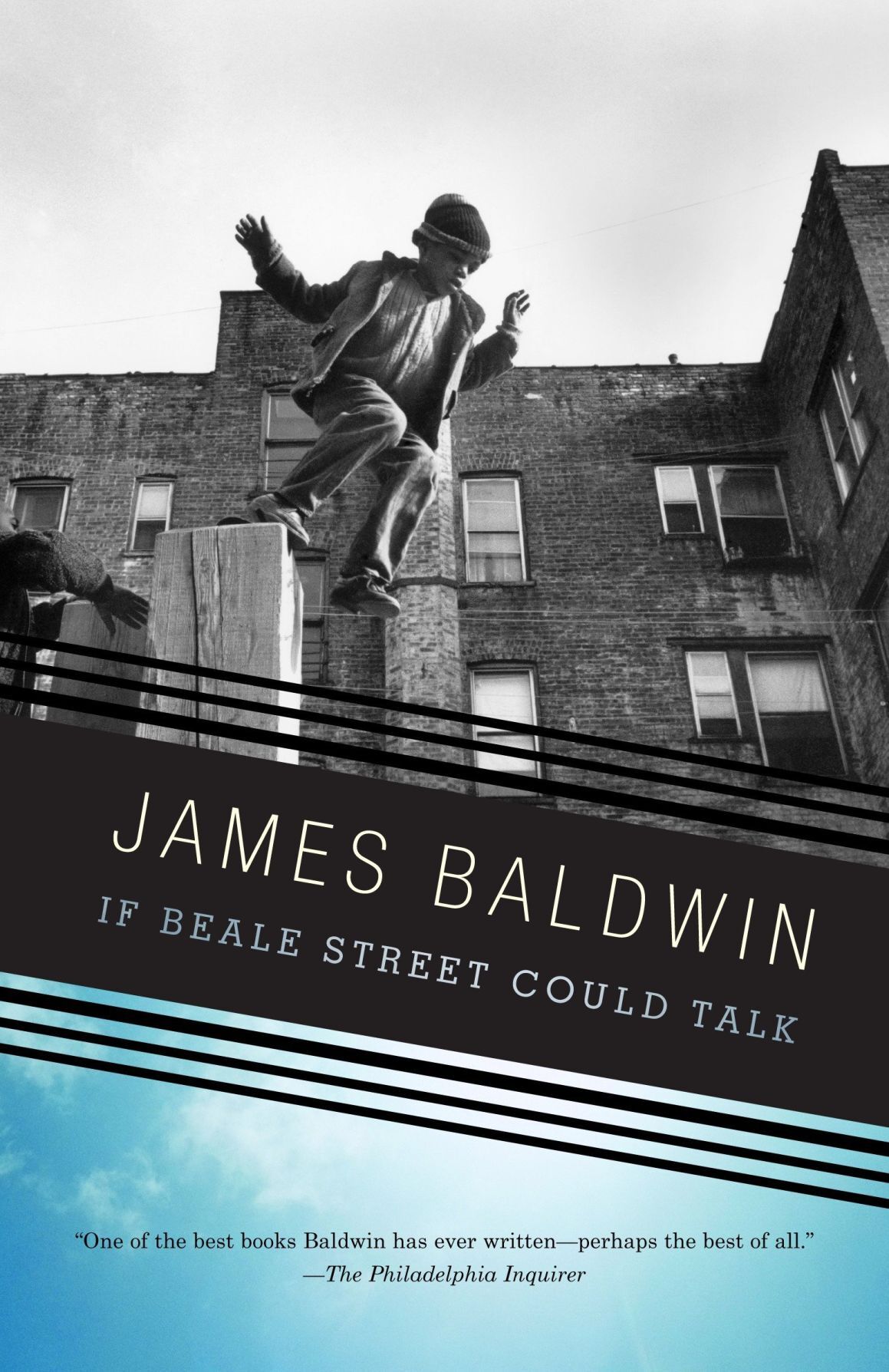 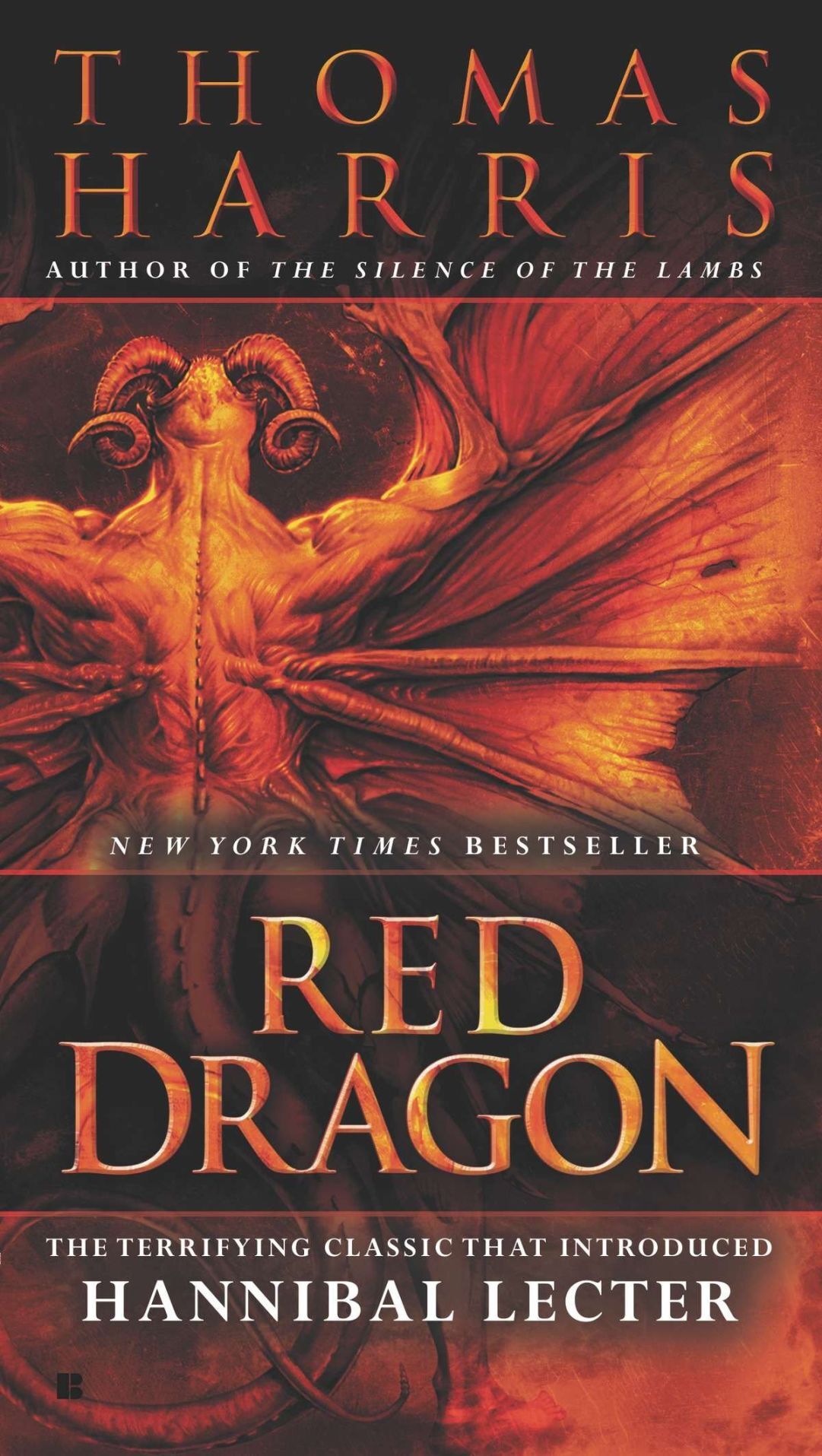 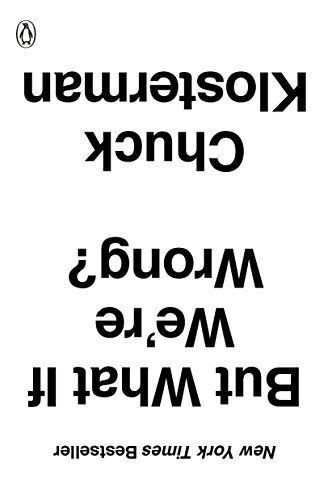 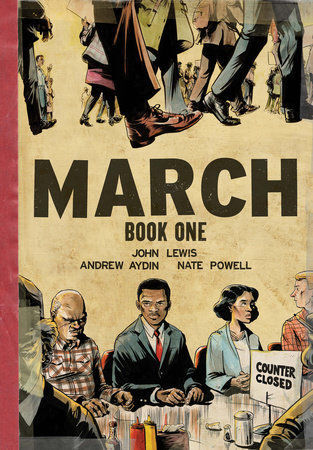 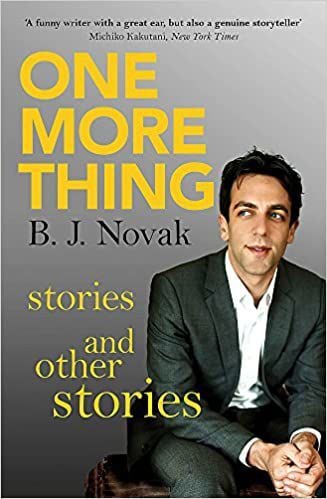 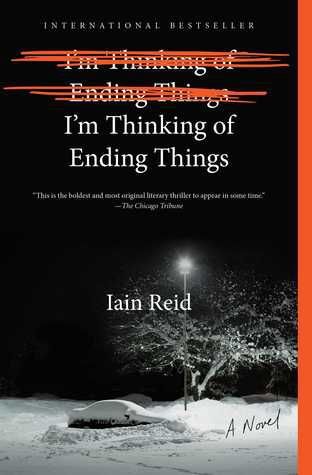 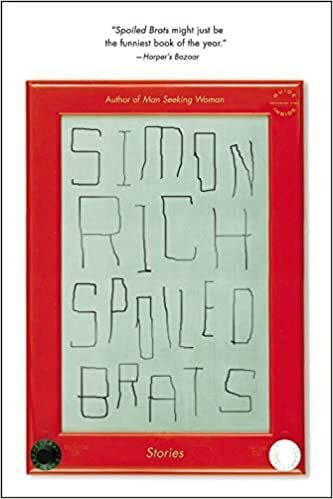 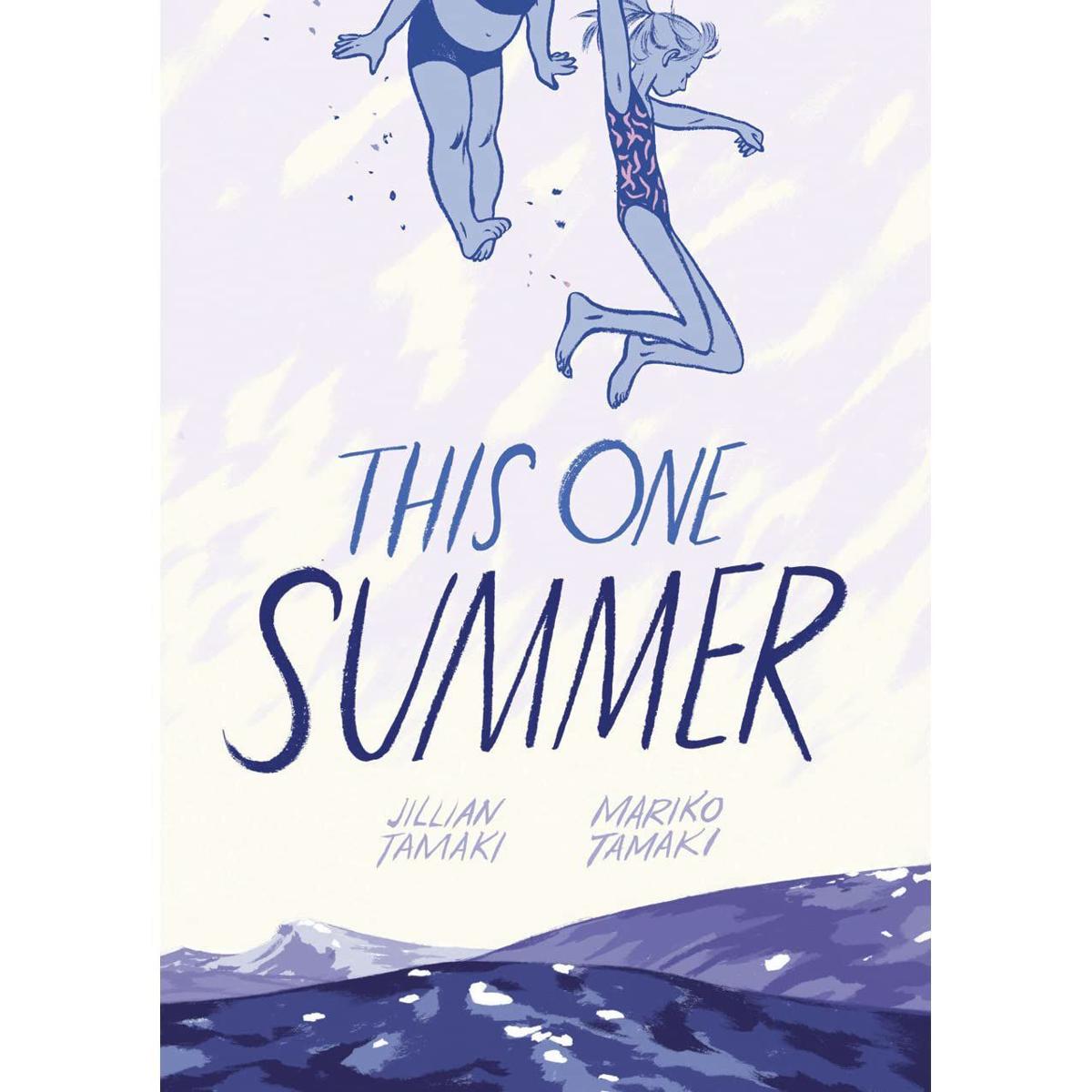 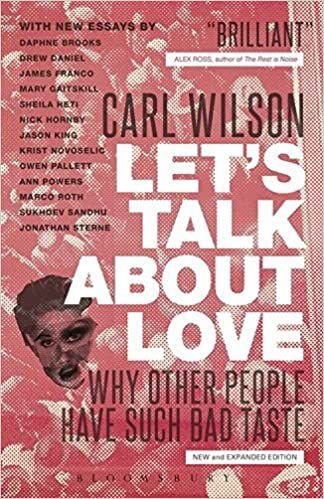 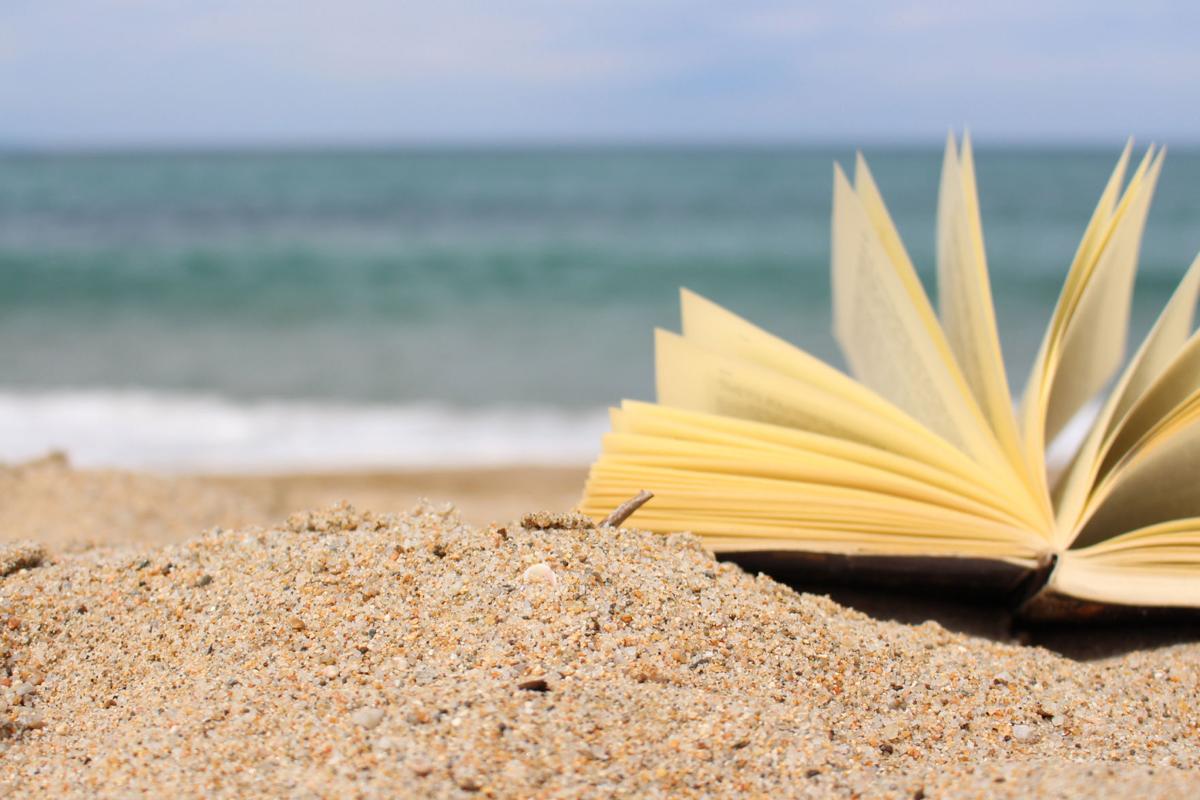 As the summer is quickly coming to a close, it’s a perfect time to head to the beach and get wrapped up in a compelling book. Even if you want to just have a lazy day inside, avoiding the heat and enjoying the air conditioning with a fantastic story, here are some great quick beach reads to end the summer with, no matter how you want to spend these final weeks.

In his first book, B.J. Novak crafts a brilliant collection of short stories and hilarious ideas that is one of the funniest releases in years. As one would expect from the former “The Office” writer, every chapter—no matter how small—is complete with pathos, humor and surprising emotional moments. Stories unexpectedly connect or go in directions one could’ve never imagined. Even the silliest ideas, like a Comedy Central Roast of different historical figures, work because Novak is fantastic at figuring out just the right way to tackle any topic. Novak’s “One More Thing” is one of the rare story collections where every new chapter is a gem.

Each installment of the 33 1/3 book series focuses on a piece of music, with the author digging deep into what makes that such an intriguing piece of work. The series so far has covered everything from the intricacy of The Beach Boys’ “Pet Sounds” to the delightfully simple soundtrack of the first “Super Mario Bros.” Any volume in this series is an excellent choice for a quick grab-and-go read, but the true gem of the series might be Carl Wilson’s look at the Celine Dion album, “Let’s Talk About Love.” Wilson breaks down his own personal experiences with the album, trying to explain why the tremendous success of “My Heart Will Go On” made so many people despise Dion, and ends with a surprisingly moving trip to a Dion concert. “Let’s Talk About Love” reconsiders the hatred with an open mind and some remarkable insights.

Much of pop culture criticism explores what the next big thing might be and catching fads before they explode. In Klosterman’s book, he does the opposite, trying to see what pieces of entertainment will be remembered hundreds of years from now. In this series of essays, Klosterman looks at why football might soon be a thing of the past, or why “The Matrix” might be the most important film in recent history. Klosterman doesn’t just break down what entertainment has lasting power, but how culture as a whole might change in order to predict the far-off future. Even if he’s completely wrong, it’s a fascinating topic to explore.

Twisty, eerie and completely unpredictable, “I’m Thinking of Ending Things” is a shocking début that is unsettling from the first page. Told from the perspective of an unnamed woman traveling to meet her boyfriend’s family on their distant farm, Reid’s tale seems to be headed in one direction, before deftly switching into something entirely unexpected. To say any more would give away what makes “I’m Thinking of Ending Things” such a shocking read, but it’s an electric mind-bender to fly through that’ll make you want to start reading it again immediately after you’ve finished.

With a résumé that includes writing for Pixar and “Saturday Night Live,” Simon Rich is one of the best comedy writers working today. All of Rich’s collections and novels are worth checking out, but his 2014 release, “Spoiled Brats” might be his finest so far. With “Spoiled Brats,” Rich goes from quantity to quality, taking his concepts and fully fleshing them out. Highlights include a tragedy told from the perspective of an elementary school homeroom hamster, and the set’s longest chapter “Sell Out,” about a man who falls into a pickle jar, brines himself for 100 years and meets up with his relative … Simon Rich. “Spoiled Brats” proves Rich is one of the sharpest writers of comedic fiction.

In this lovely graphic novel about the shift from childhood to adolescence, “This One Summer” centers around Rose and her friend, Windy, who spend each summer together during vacation. Rose and Windy are about 18 months apart, and this discrepancy starts to make itself known once Rose starts showing interest in boys and they both discover the troubled lives of the adults around them. Jillian Tamaki’s gorgeous art, which colors Mariko’s story with shades of blue, purple and white makes this feel like a beautiful but dark memory come to life on the page.

Even for those who have watched HBO’s adaptation of “Big Little Lies,” the series is no substitute for Moriarty’s fun, soapy book of three mothers and their intertwining lives. Even though “Big Little Lies” is telling a story of various types of abuse and how these actions can pop up and manifest in many ways, Moriarty’s prose never undercuts the importance of this issue, while also creating an engaging and massively enjoyable read. The depth Moriarty brings to these three mothers’ stories, within the context of a larger mystery that wraps up in such a rewarding fashion, makes Moriarty’s telling the superior version of this tale.

With the recent passing of U.S. Congressman John Lewis, there’s no better time to read about his impressive legacy as captured in the remarkable graphic novel series, “March.” This trilogy shows the decades of Lewis’ fight for civil rights, including the marches from Selma to Montgomery and his work with the Freedom Riders. In these three volumes, “March” presents a man dedicated to equality and his never-ending fight to do whatever it took to achieve that goal. With so many graphic novels presenting the stories of superheroes, there might be no greater superhero than Lewis in “March.”

Though the Hannibal Lecter series of films has eclipsed Thomas Harris’ series in the public consciousness, the original novels are a terrifying example of psychological horror fiction done close to perfection. “The Silence of the Lambs” might be the obvious choice to start with in this series, but “Red Dragon” is arguably the superior read, as FBI instructor Will Graham tries to track down an insane murderer with the help of the infamous Lecter. This is Lecter at his most sinister, and Harris at his most bleak, a macabre combination of serial killers and the mentality that causes such people to exist.

James Baldwin’s first love story, “If Beale Street Could Talk,” showcases the powerful romance of Fonny and Tish, two young lovers who are torn apart when Fonny is sent to jail for a crime he didn’t commit. With their baby on the way, Tish and her family do everything they can to get Fonny free. Baldwin shows the optimism of love, while also commenting with a personal touch how problematic systems can threaten to tear apart families.

View works by Graciela Iturbide, one of the most influential contemporary photographers of Latin America, at the National Museum of the Women in the Arts, which will reopen its doors Aug. 1.