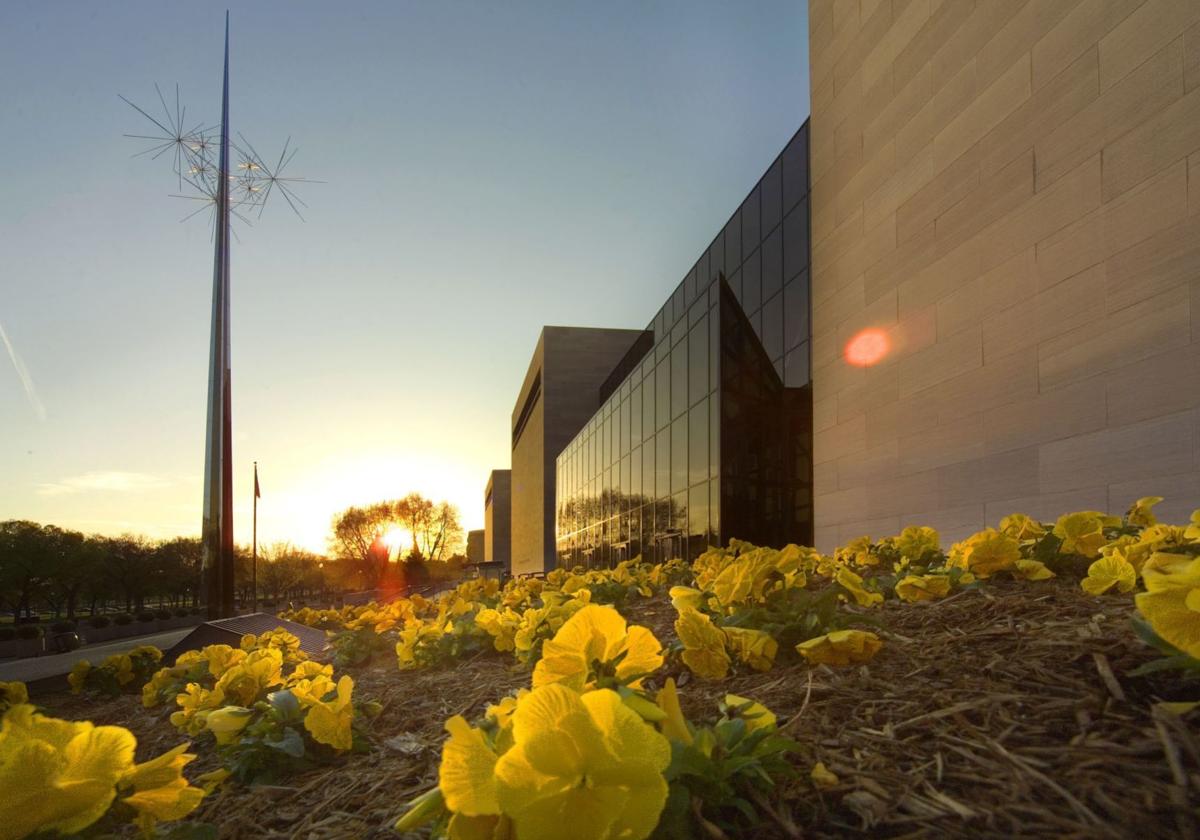 Flagship building as seen from the National Mall in Washington, DC. 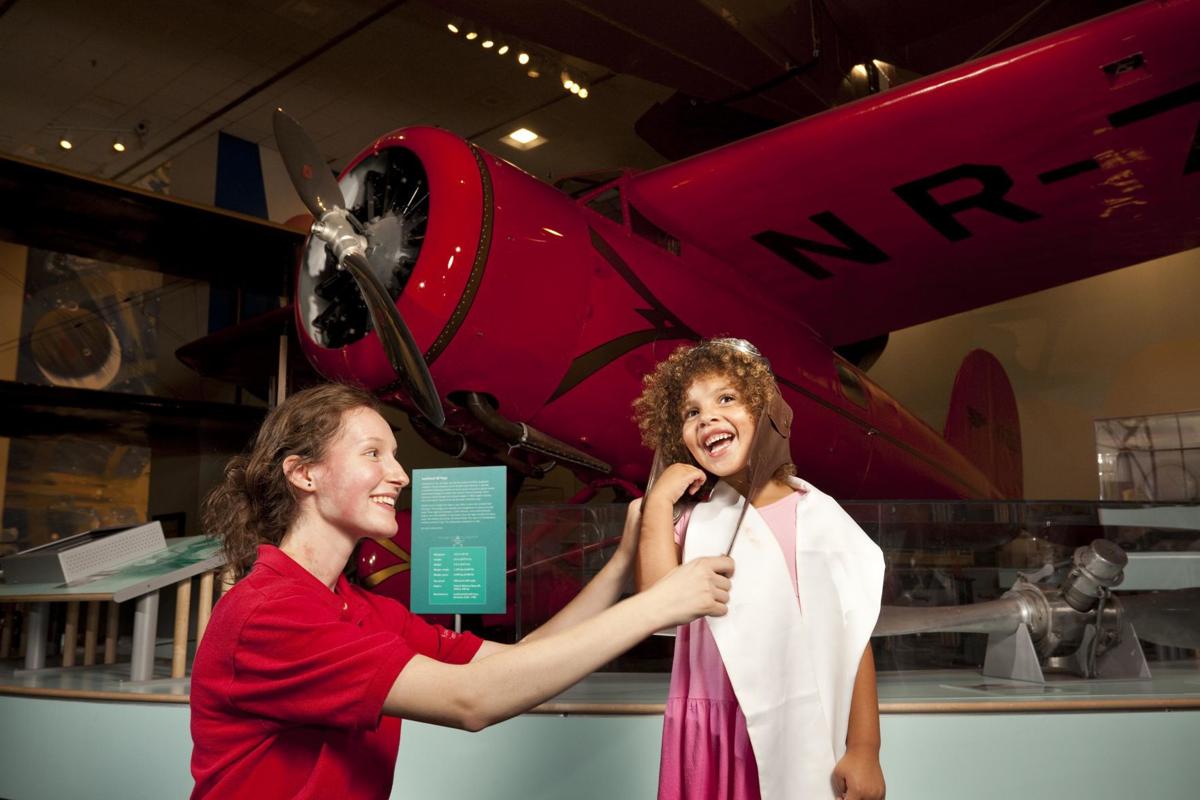 The Smithsonian’s National Air and Space Museum locations may be temporarily closed, but children and families can find a bevy of activities related to aviation online. 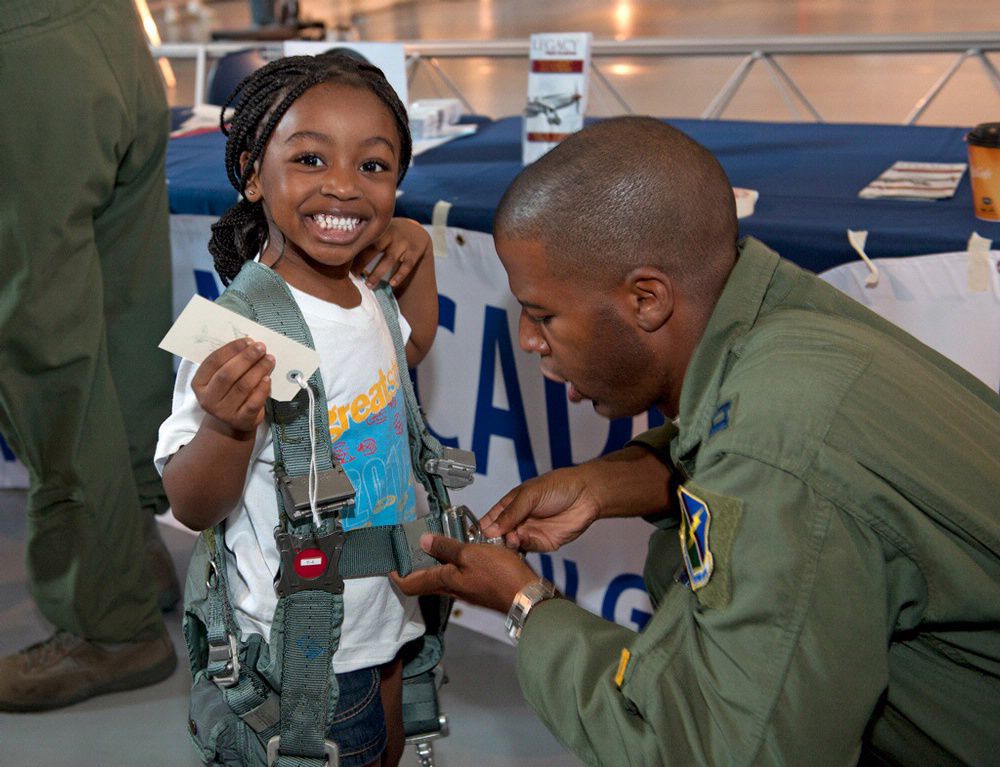 A young girl tries on a parachute at the 2013 Become a Pilot Family Day and Aviation Display at the Steven F. Udvar-Hazy Center. 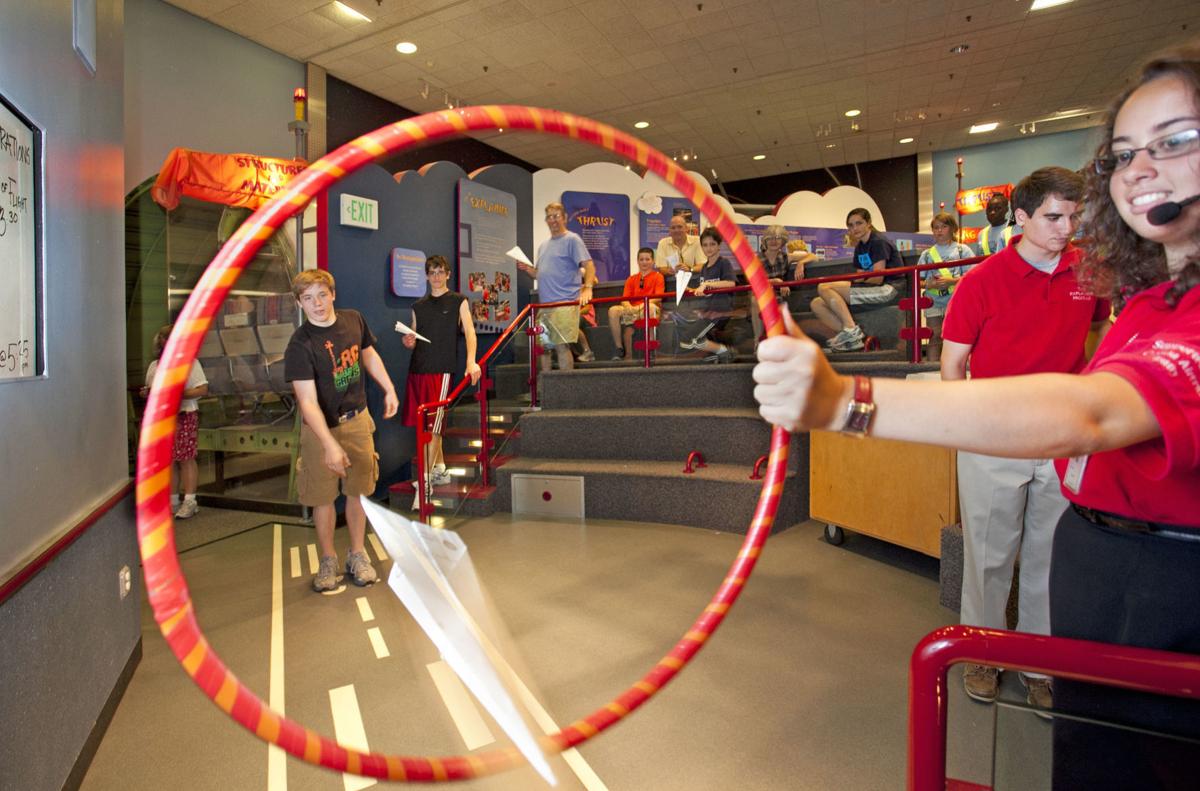 A young visitor participates in a paper airplane contest in the How Things Fly gallery. Create your own contest at home. 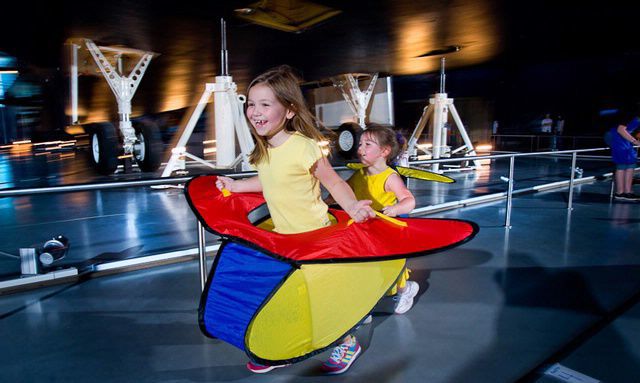 If there is one group that takes social distancing to the max, it would be the crew of the International Space Station that is whizzing around nearly 250 miles above the Earth, circling the planet every 90 minutes. And, if recent conditions make accessing toilet paper a challenge for the Earth-bound, imagine having to put your order into ground control and waiting for your delivery to arrive.

The ISS is just one of hundreds of features related to flight and aeronautics that the National Air and Space Museum highlights in its plethora of online activities for children and families. It is of special note now, given that NASA’s next launch of two crew members who will dock with the space station is scheduled for May 27. This will be the first time in nearly 10 years that American astronauts will launch from American soil using American rockets.

The ISS is the subject of two activities featured on the museum’s Air and Space Anywhere webpage. These include a “Geography from Space” quiz, in which participants identify and locate sites of photos captured by the ISS camera, as well as a “How to Spot the Space Station from Your Backyard” illustrated video that explains how to determine when its orbit will cross over your neighborhood.

Interactive elements at this site also include a “Pilot Pals” game for K–1 kids, who select their own winsome avatars as well as their outfits and flight vehicles as they take online challenges.

The “Fly the Mail” activity is associated with early flight and how the mail was delivered,” said Barbara Gruber, assistant director of education. “Your role is an airmail pilot for the postal service and your mission is to fly from New York to Cleveland. You will have to pay close attention to the pitch of your plane to avoid a series of situations you encounter along the way.”

The site also includes “Flying the Wright Way,” in which participants control a flight simulator for the Wright Flyer.

“You will learn how they flew the plane, which involved the elements of flight that we know today, but the way they controlled the plane was very different,” said Gruber. “The players play the role of the Wright Brothers and feel what they experienced as they lay on their bellies and experienced that sensation of liftoff!”

In addition to games and quizzes, the Air and Space Anywhere site also presents virtual tours, podcasts, the exploration of objects in 3D, and stories of artifacts and space and flight pioneers. A spectrum of K–12 videos includes science, technology, engineering and math topics of “STEM in 30.” Among these are the fascinating stories of “Fly Girls: Women in Aerospace,” “Bees and Aerospace” and “Spy Planes in the Sky.” Many of these videos first appeared as NASM interactive live chat sessions offered on Thursdays at 1 p.m., including “Shake Rattle and Roll: The Science Underneath Volcanoes and Earthquakes,” which coincided with the 40th anniversary of the eruption of Mount St. Helens.

The “How Things Fly” pages on the website—modeled on the hands-on gallery that features games and simulators for grades K–12—present a comprehensive exploration of elements of flight and aeronautics with engaging graphics and even an on-site “explainer” (a student volunteer who walks the viewers through the principles that are presented).

Topics covered include forces of flight, gravity and air, aerodynamics, propulsion, structure and materials, and flight dynamics. In the “Rocket Lab,” participants design three components of a rocket based on NASA’s space program, determining its shape, its fuel, its tail fin and how it will be fueled. At “How Things Fly,” visitors can engage in both interactive online activities and experiments and those they can try at home with simple household objects. In addition, the Smithsonian Institution’s Learning Lab website features a panoply of online offerings from all of its museums.

A popular program of the National Air and Space Museum that has transitioned for digital access is the Storytime session for pre-K through second grade that is now accessible to all, through the talents and skills of two innovative museum educators: Ann Caspari writes and narrates the stories and Diane Kidd depicts the action with delightful illustrations. Each storytelling session is presented with a related craft that can be made at home, such as a globe made from recycled magazines and newspapers that accompanies “The Day the Earth Stopped Spinning” and a model of a biplane crafted with paper towel tubes, paper, and tape that complemented the “Story of Bessie Coleman,” a pioneering pilot and daredevil barnstormer.

“I hope that parents and children who engage in our online offerings will gain a shared excitement for the possibilities of what mankind can do,” said Gruber, “and that it may even inspire a career and elicit the memories of parents and grandparents about their experiences of our evolving exploration of space and flight.”

Collette Caprara is a local writer and artist.

Entertainment is still alive thanks to Jurassic Quest

Nature offers special features for each season, and the folks at Fredericksburg’s Parks, Recreation & Events Department are providing a sp…

Flagship building as seen from the National Mall in Washington, DC.

The Smithsonian’s National Air and Space Museum locations may be temporarily closed, but children and families can find a bevy of activities related to aviation online.

A young girl tries on a parachute at the 2013 Become a Pilot Family Day and Aviation Display at the Steven F. Udvar-Hazy Center.

A young visitor participates in a paper airplane contest in the How Things Fly gallery. Create your own contest at home.