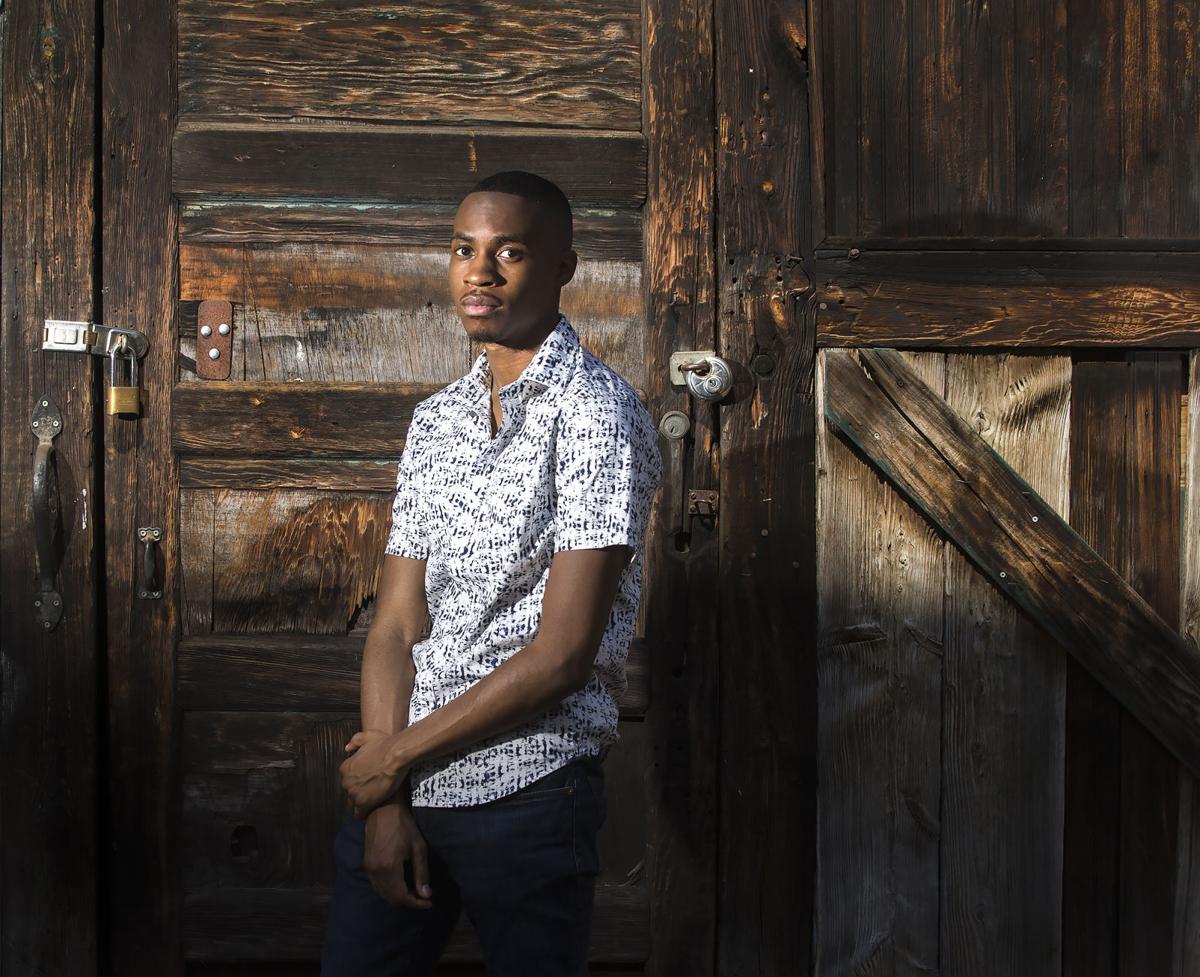 Rapper Sean D. Brown has released a new album titled ‘Release.’ Brown says he tries to inject positivity and his faith into his music and life, though he admits it’s not always easy with the issues society is facing today. 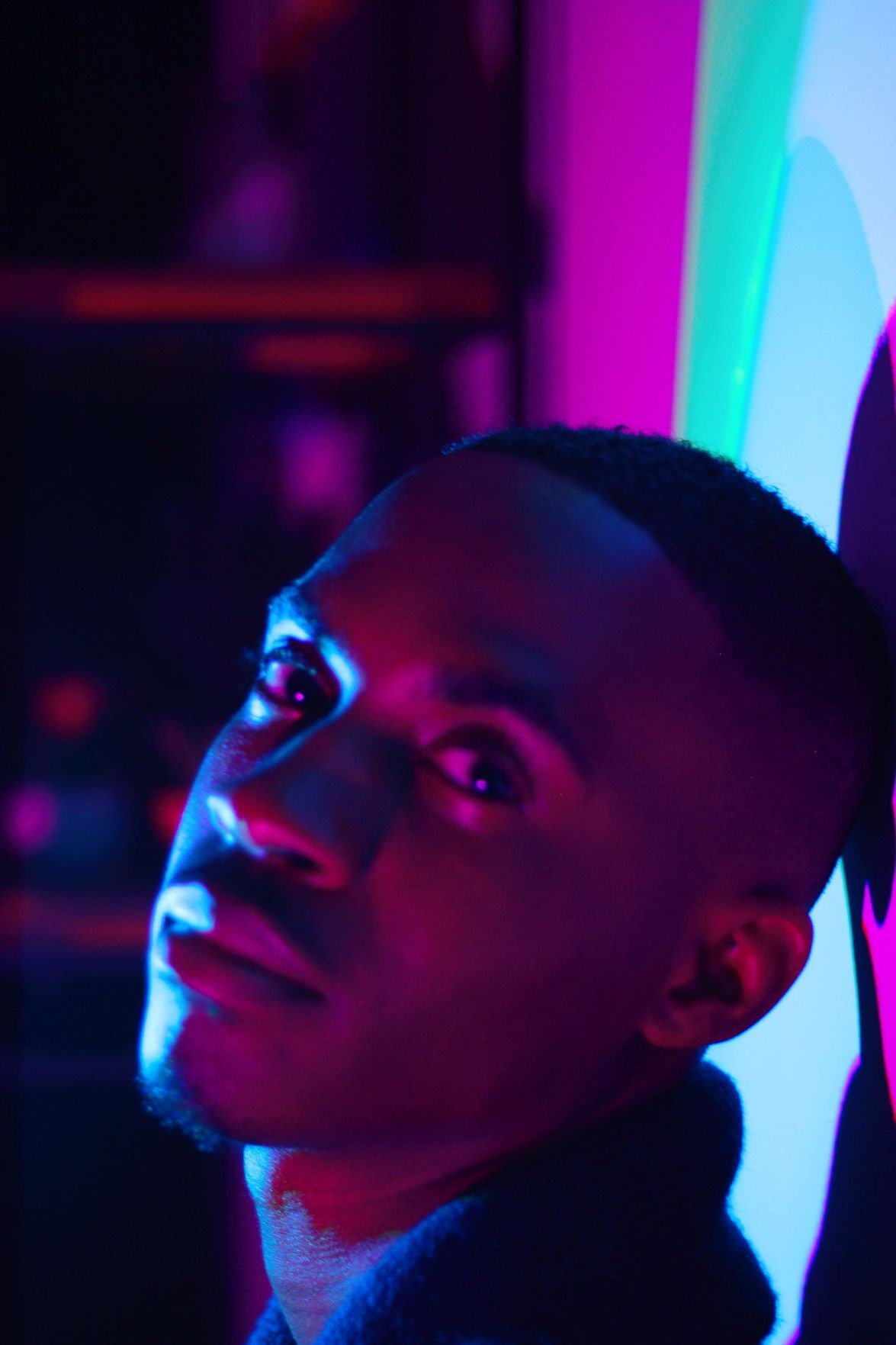 An image of the performer Sean D. Brown from one of his videos.

Rapper Sean D. Brown has released a new album titled ‘Release.’ Brown says he tries to inject positivity and his faith into his music and life, though he admits it’s not always easy with the issues society is facing today.

An image of the performer Sean D. Brown from one of his videos.

When the 23-year-old Stafford County resident performs, or when people listen to his music on Apple Music or Spotify, they find him going by Sean D. Brown.

Brown, whose real name is Davonte, is a young musician trying to make a name for himself as a hip-hop artist.

The young man who works in IT for Stafford County schools got a big break recently when his music video was featured on WUSA–9 during a TV segment called “Soundcheck.”

“My aunt helps manage me and put my music out there, and she heard about a competition channel 9 was doing and sent in a few of my songs,” he said, noting that he was subsequently contacted and asked to send videos of him performing.

He was just getting out of the shower when he heard one of the hosts previewing his segment.

“It was so cool to hear them saying, ‘Next up, we’ll have the music of Sean D. Brown from Stafford.’ And it was so amazing to see myself on Washington television,” he said.

Brown, who has spent a good deal of time working from home during the pandemic, said he’s loved listening to music all his life.

“I didn’t feel like I could sing all that well, but as rap music was very popular, I began writing my own songs and trying them out,” he said.

He got a boost in 10th grade when he performed one of his songs at a talent show at Stafford High School.

“It went well, and made me think this was something I could do,” he said. “I just kept working at it, and got support along the way from my family and friends.”

As he listened to popular hip-hop and rap artists, he was inspired to do what many of his favorites do: “talk about growing up in America as a person of color, the struggle to make it and to pay rent, take care of kids and make it through each day.”

And while he’s been inspired to more deeply explore social justice issues in the wake of the death of George Floyd in Minneapolis, he says he tries to talk about serious issues, and things like love and the daily grind, through a lens of positivity and faith.

“I have a song on my latest project called ‘High to the Heavens,’ and it deals with me trying to keep faith in a higher being,” he said. “Living our lives today isn’t easy in America, and we all struggle at times. But I think we need to look to a higher power to keep us motivated and safe.

“Sometimes things feel hopeless, especially lately, and we find ourselves thinking, what can I do to keep my life going in the right direction?” he said. “I believe only God can really help.”

Brown says he doesn’t shy away from dealing with the problems many people of color deal with today, especially those who haven’t been dealt a great hand from the start.

“I have a line in one of my songs, called ‘Titanic,’ that gets a lot of attention from people who hear it: ‘In America, it’s harder to get a job than to get a felony record,’ ” said Brown. “There are so many hoops and struggles you have to go through to get a good job. And at the same time, there are bad things that it’s easy for some people to gravitate towards, things that are illegal and can ruin your life. I saw that happen to some friends and it really hurt.”

He can’t say enough good things about the way his mother, Adriene Jackson, a single parent, kept him on the right path.

“She taught me right from wrong and about the value of hard work,” he said. “She’s given me guidance but also encouragement to follow whatever dreams I had.”

He did just that, and turned to his music by writing, listening, reading and learning to tap into what he was thinking and feeling about the big issues of the day.

In March, Brown was proud to put 10 songs in a project he calls “Release.” The album is on Apple Music and Spotify, under the performing name of Sean D. Brown. He recorded it at Bias Studios in Springfield.

“It had a big price tag, but I stretched it out in order to keep up with the price,” he said. “From June of last year through this February, I went up twice a week, doing the writing and instrumentals at home before heading to the studio. I worked with the same engineer who mixed and mastered the whole thing.”

The writer and performer said he’s been deeply affected by the social justice movement that the mistreatment of George Floyd has created.

“I took to social media to speak out on what happened, and went out and protested peacefully in downtown Fredericksburg on the first day when those protests happened,” he said. “But I don’t condone the rioting and law-breaking that some have done. It’s sad that some use that as an opportunity to destroy things.”

As a young Black man, he thinks each time he leaves his house that if he gets pulled over, his hands need to be on his steering wheel, and that he needs to stay calm.

“I’m not allowed to be jittery when pulled over,” he said, “and it’s possible that a police officer may see me as a threat because of my skin color. It’s something you learn early on.”

That said, Brown noted that the few times he’s been pulled over locally, “all the interactions I’ve had with police have been positive,” as he was stopped because of speeding or given warnings for something minor like changing lanes too quickly. “But those who aren’t people of color can’t really fathom why we worry in these situations.”

And while he won’t shy away from the roiling social justice topics of this time, Brown says he always tries to find a way to ground his music in positivity.

“I get positivity from my strong faith and from reading a lot,” said Brown. “I feel like fear often comes from the unknown and things you don’t understand. The death of George Floyd and the emotions it stirs up can be a burden, but if you read about how things can positively change, and see how so many people are peacefully speaking out, you can find hope that things can change in a peaceful way.”

Brown’s 10-song project called “Release” is out now on Apple Music and Spotify. People can follow him on Instagram @seandbrownmusic.

Kid, just make music that's good. We've had our fill of folks in the entertainment industry trying to tell us how to think, talk and act. There's no market for another one. Nor do we have any interest in being shamed over "wrongthink".